Colin Kaepernick talks Nike, why he kneels while receiving one of Harvard’s highest honors

Colin Kaepernick was one of eight recipients of the W.E.B. Dubois Medal from Harvard on Thursday for his work in social justice.

Comedian Dave Chapelle and artist Kehinde Wiley were among the others awarded “Harvard’s highest honor in the field of African and African-American studies.”

After receiving a rousing ovation, Kaepernick appeared to scrap his prepared remarks for an off-the-cuff speech shared by WHDH Boston’s Eric Kane that addressed his recent Nike deal and the first time he took a knee in protest. 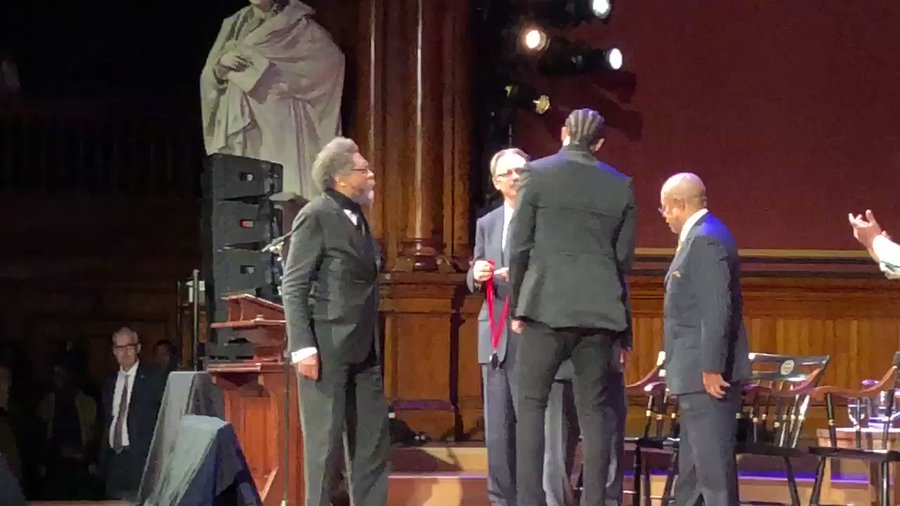 “I had a short speech written, but it just didn’t seem true to what it should’ve been with the authenticity and the passion and the inspiration that’s been in this room,” Kaepernick said to start a speech that he requested not be broadcast.

He went on to talk about the first time he took a knee and the response from Oakland’s Castlemont High football team, whose players took a knee the next week to support him. He visited the team on game day.

“One of the young brothers says ‘We don’t get to eat at home, so we’re going to eat on this field,’” Kaepernick said. “That moment has never left me.

“And I’ve carried that everywhere I went. And I think that’s the reality of what I’ve fought for, what so many of us have fought for. People live with this every single day.” 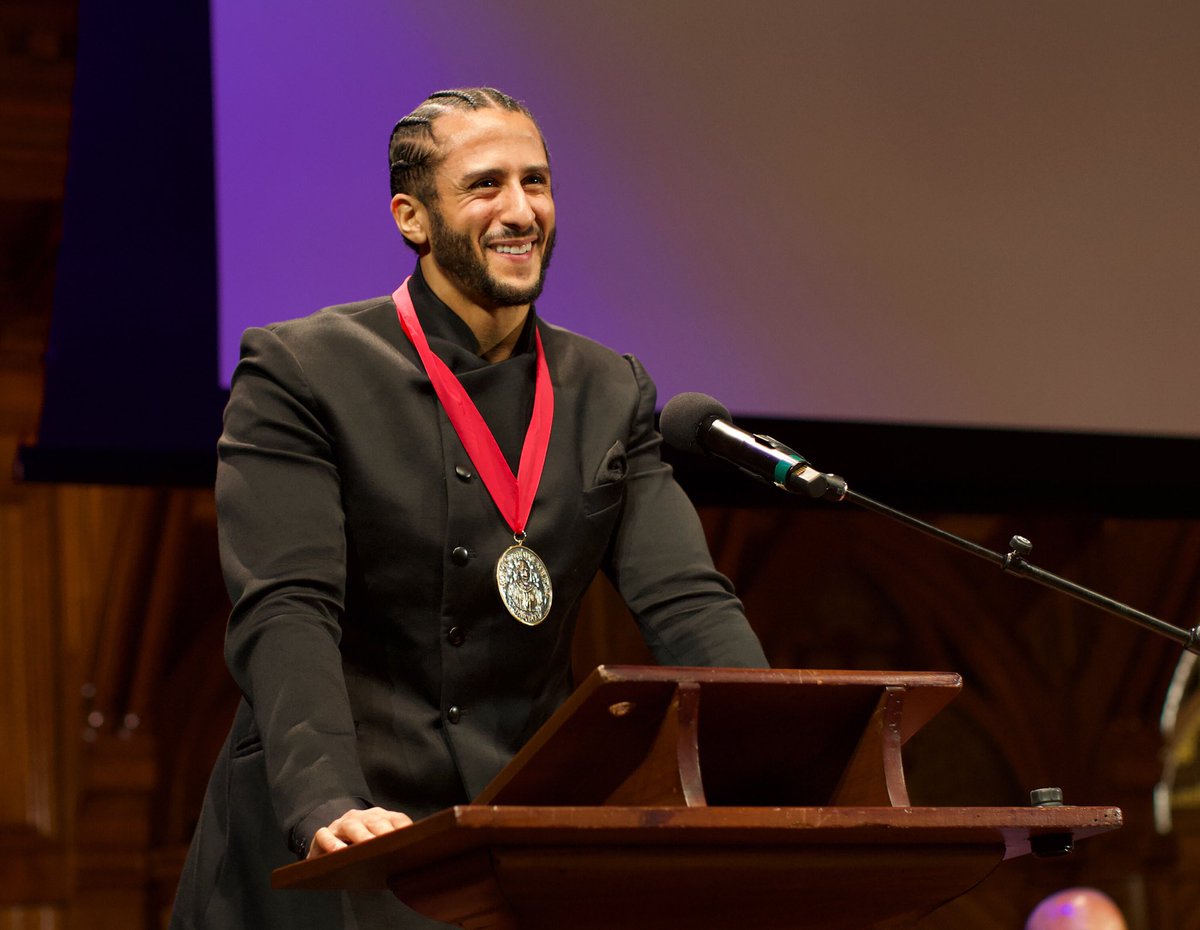 Kaepernick on Nike and sacrifice

Kaepernick also addressed his Nike campaign and what sacrifice means to him.

“I go to what recently happened with the Nike campaign where, to believe in something even it it means sacrificing everything quote became huge,” Kaepernick said. “As I reflected on that, it made me think of if we all believe something, we won’t have to sacrifice everything.”

Kaepernick made a call to action for people in the room and people of privilege to stand up for those in need.

He concluded by focusing on love, not divide being the driving force behind his protests.

“I go back to something I said in a speech previously, that love is at the root of our resistance, and it will continue to be, and it will fortify everything we do.”