An Article of Impeachment Against Donald J. Trump 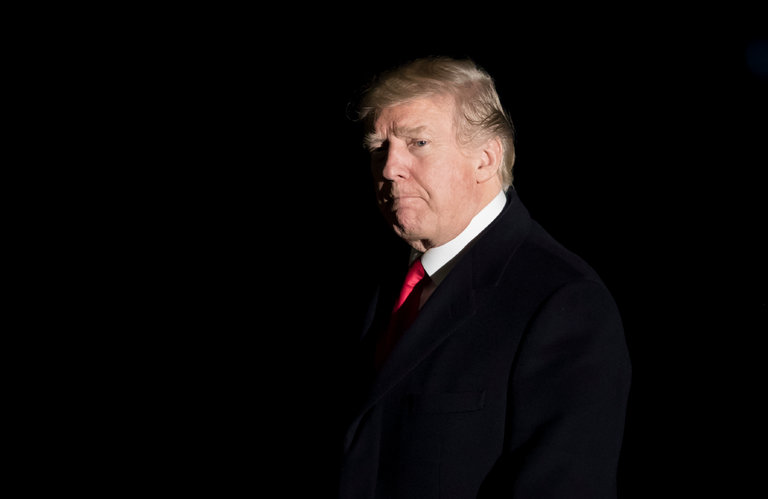 There are good reasons to be wary of impeachment talk. Congressional Republicans show zero interest, and they’re the ones in charge. Democrats, for their part, need to focus on retaking Congress, and railing about impeachment probably won’t help them win votes.

But let’s set aside realpolitik for a few minutes and ask a different question: Is serious consideration of impeachment fair? I think the answer is yes. The evidence is now quite strong that Donald Trump committed obstruction of justice. Many legal scholars believe a sitting president cannot be charged with a crime. So the proper remedy for a president credibly accused of obstructing justice is impeachment.

The first article of impeachment against Richard Nixon argued that he had “prevented, obstructed and impeded the administration of justice.” One of the two impeachment articles that the House passed against Bill Clinton used that identical phrase. In both cases, the article then laid out the evidence with a numbered list. Nixon’s version had nine items. Clinton’s had seven. Each list was meant to show that the president had intentionally tried to subvert a federal investigation.

Given last week’s news — that Trump has already tried to fire Robert Mueller, the special counsel investigating the Trump campaign — it’s time to put together the same sort of list for Trump. Of course, this list is based only on publicly available information. Mueller, no doubt, knows more.

Obstruction of justice depends on a person’s intent — what legal experts often call “corrupt intent.” This list is so damning because it reveals Trump’s intent.

He has inserted himself into the details of a criminal investigation in ways that previous presidents rarely if ever did. (They left individual investigations to the attorney general.) And he has done so in ways that show he understands he’s doing something wrong. He has cleared the room before trying to influence the investigation. He directed his son to lie, and he himself has lied.

When the framers were debating impeachment at the Constitutional Convention, George Mason asked: “Shall any man be above justice?”

The same question faces us now: Can a president use the power of his office to hold himself above the law? Trump is unlikely to face impeachment anytime soon, or perhaps anytime at all. But it’s time for all of us — voters, members of Congress, Trump’s own staff — to be honest about what he’s done. He has obstructed justice.

He may not be finished doing so, either.