Report: Recording links Trump to Ukraine ambassador ouster: ‘Get rid of her!’ 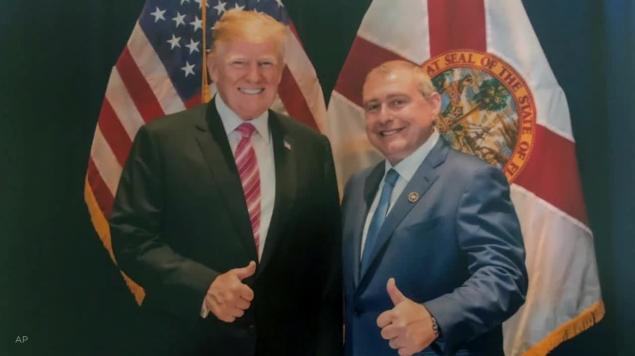 WASHINGTON – Secretary of State Mike Pompeo used the “F-word” and other expletives after a testy interview with a National Public Radio host on Friday, the news outlet said.

Pompeo unloaded on NPR’s Mary Louise Kelly after an interview in which she questioned him on Ukraine and Iran, among other issues. He grew extremely irritated by Kelly’s Ukraine questions, according to NPR.

“‘Do you think Americans care about Ukraine?'” Pompeo apparently shouted at Kelly after the interview. The State Department’s press office did not immediately respond to a request for comment.

Pompeo is scheduled to travel to Ukraine next week for a meeting with that country’s president, Volodymyr Zelensky, a central figure in the impeachment proceedings against President Donald Trump. Ukraine is a pivotal U.S. ally in the effort to counter Russian aggression.

The State Department said Pompeo is going to Kyiv to “highlight U.S. support for Ukraine’s sovereignty and territorial integrity.” The Eastern European country is at war with Russia.

In the impeachment proceedings, House Democrats have charged Trump with abuse of power for soliciting foreign interference in the 2020 election, one of two articles of impeachment currently being tried in the senate. Trump pressed Zelensky to open two investigations that would have helped his re-election campaign. As part of that pressure campaign, Trump ousted former U.S. Ambassador Marie Yovanovitch, a career foreign service diplomat.

Yovanovitch was targeted by Trump’s personal lawyer, Rudy Giuliani, and Trump has publicly attacked her.

“Do you owe Ambassador Marie Yovanovitch an apology?” Kelly asked Pompeo, who has declined to publicly defend the diplomat.

“You know, I agreed to come on your show today to talk about Iran,” he responded.

Kelly pressed him. “I just want to give you another opportunity to answer this, because as you know, people who work for you in your department, people who have resigned from this department under your leadership, saying you should stand up for the diplomats who work here,” she said.

Pompeo said he had defended “every State Department official,” to which Kelly said: “Sir, respectfully where have you defended Marie Yovanovitch?”

“I’ve said all I’m going to say today,” he responded.

She then asked if he tried to block Giuliani’s “shadow foreign policy” in Ukraine.

“The Ukraine policy has been run from the Department of State for the entire time that I have been here, and our policy was very clear,” he asserted. Numerous other State Department officials have testified that Giuliani and other Trump associates used irregular channels to pressure Zelensky.

After the interview, Kelly said she was taken to the secretary of State’s private living room, where Pompeo was waiting for her. “He shouted at me for about same amount of time as the interview itself. He was not happy to have been questioned about Ukraine,” Kelly said, in an account released by NPR with the interview transcript.

She said he used the F-word and “many others” when he asking her if Americans cared about Ukraine. He then asked her if she could find Ukraine on a map.

“I said yes, and he called out for aides to bring us a map of the world with no writing. I pointed to Ukraine,” she recounted.

Pompeo then said: “‘People will hear about this.'”