The Koch Brothers Get Their Very Own Secretary of State

Trump’s pick to replace Rex Tillerson is an errand boy for billionaires. 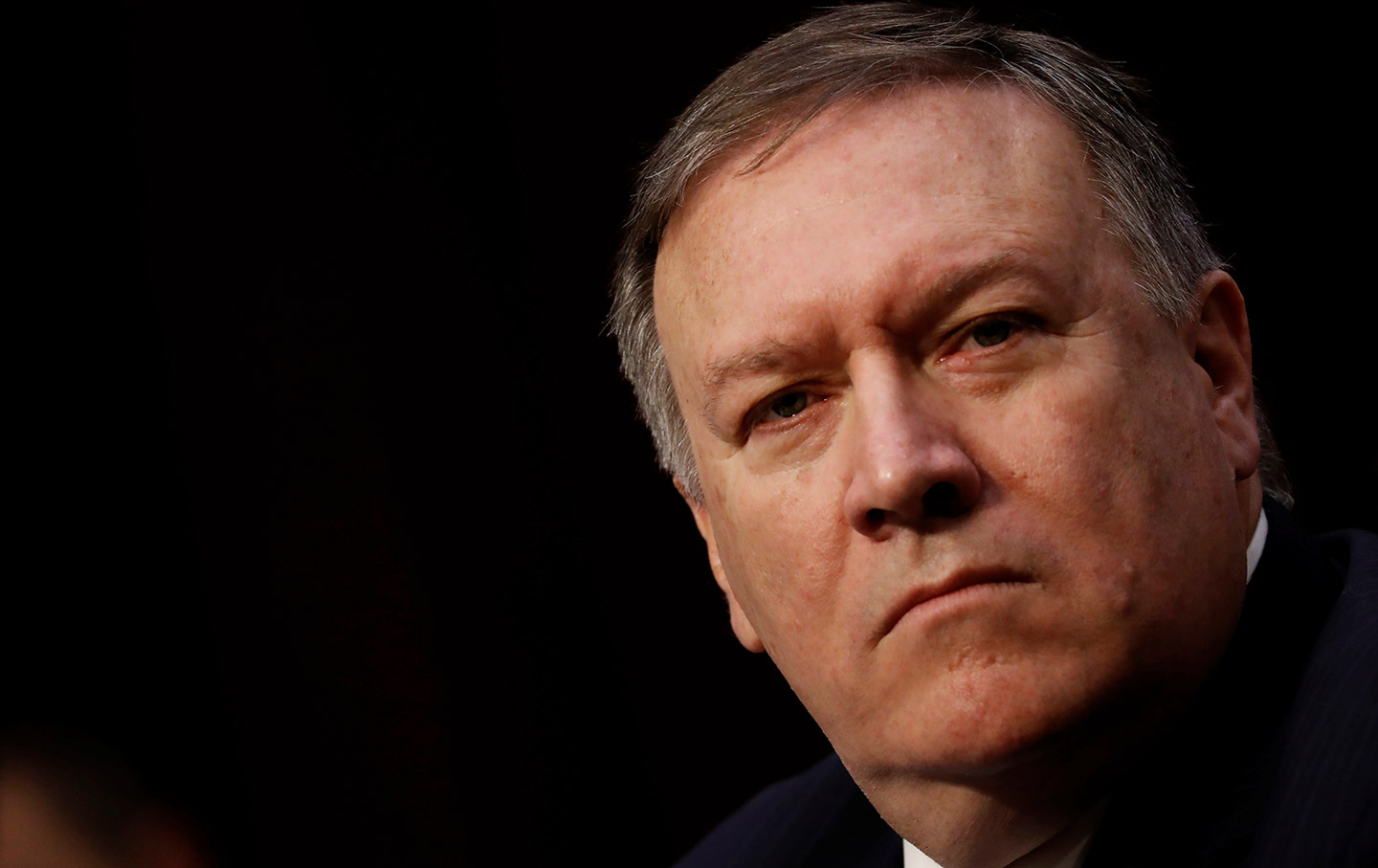 In the Republican wave election of 2010, when Charles and David Koch emerged as defining figures in American politics, the greatest beneficiary of Koch Industries largesse was a political newcomer named Mike Pompeo. After his election to the House eight years ago, Pompeo was referred to as the “Koch Brothers’ Congressman” and “the congressman from Koch.”

Now Pompeo is positioned to become a Koch brothers–influenced secretary of state.

After serving for a little more than a year as Donald Trump’s top yes-man at the Central Intelligence Agency, Pompeo is Trump’s pick to replace Rex Tillerson, the administration’s listless placeholder at the Department of State.

In a measure of the extent to which Trump and Tillerson had disengaged from one another, the outgoing secretary of state apparently learned of his firing via Twitter Tuesday morning—when an aide showed the nation’s top diplomat a tweet from the president announcing the transition. A statement from the department indicated that Tillerson was “unaware of the reason” for his removal.

Tillerson displayed a measure of independence from Trump on issues ranging from Russian cyber attacks to the aggressive approach of Saudi Arabia to Qatar and other countries.

Donald Trump has decided to put “the congressman from Koch” in charge of the State Department and, by extension, the engagement of the United States government with a world in which the brothers Koch have many, many interests.

Pompeo’s pattern of deference to his political benefactors is likely to make him a better fit with a self-absorbed president. He will also bring to the position an edge that Tillerson lacked. Pompeo is a foreign-policy hawk who fiercely opposed the Iran nuclear deal, stoked fears about Muslims in the United States and abroad, opposed closing the Guantánamo Bay detention camp, and defended the National Security Agency’ sunconstitutional surveillance programs as “good and important work.” He has even gone so far as to say that NSA whistle-blower Edward Snowden “should be brought back from Russia and given due process, and I think the proper outcome would be that he would be given a death sentence.”

Pompeo’s open disregard for privacy rights in particular and civil liberties in general, as well as his penchant for extreme language and more extreme policies, are anything but diplomatic. That’s likely to make him an even more troublesome Secretary of State than Tillerson, who was relentlessly corporate in his worldview but not generally inclined to pick fights—even when it came to standing up for a State Department that decayed on his watch.

In addition to being a hothead, Pompeo has long been one of the most conflicted political figures in the conflicted city of Washington, thanks to his ties to the privately held and secretive global business empire that has played a pivotal role in advancing his political career. Pompeo came out of the same Wichita, Kansas, business community where the Koch family’s oil-and-gas conglomerate is headquartered. Indeed, Pompeo built his own company with seed money from Koch Venture Capital.

More important, from a political standpoint, is the fact that Pompeo made the leap from business to government with a big boost from the Koch brothers and their employees. “I’m sure he would vigorously dispute this, but it’s hard not to characterize him as the congressman from Koch,” says University of Kansas political science professor Burdett Loomis.

In fact, that’s a generally appropriate characterization for the man whom Donald Trump is angling to make his secretary of state. (With due regard to the Kochs, they can be somewhat more nuanced than their caricatures suggest. As thoughtful observers with publications such as The American Conservative remind us, projects funded by the Kochs have over the years diverted from the bombastic language and stances of more-militaristic conservatives. Unfortunately, as is so often the case with Republican recipients of Koch cash and encouragement, it is the advocacy by these billionaire businessmen and their allies for domestic and international policies that favor multinational corporations that tends to influences the likes of Pompeo.)

As the Center for Food Safety, which has wrangled with Pompeo on food-labeling issues that are of tremendous interest to the global agribusiness and grocery industries, noted in 2014:

Recalling the 2010 election, the Center for Responsive Politics explained that “Koch Industries had never spent as much on a candidate in a single cycle as it did on Pompeo that time around, giving him a total [of] $80,000. Koch outdid itself again in the 2012 cycle by ponying up $110,000 for Pompeo’s campaign.”

When Pompeo ran for reelection in 2014, he faced a tight primary contest with another local Republican who had Koch ties. One of the biggest turning points in that race came when the Kochs sided with Pompeo. “KOCHPAC is proud to support Mike Pompeo for Congress based on his strong support for market-based policies and economic freedom, which benefits society as a whole,” Mark Nichols, the vice president of government and public affairs for Koch Industries, told Politico.

Just as the Kochs have been loyal to Pompeo, so Pompeo has been loyal to the Kochs. He’s a regular at their behind-closed-doors gatherings, and he’s outspoken in their defense, claiming that President Obama and “Nixonian” Democrats have unfairly “vilified” Charles and David Koch.

But, of course, the supposed vilification has simply involved the appropriate questioning of the influence wielded by billionaires in general and the Kochs in particular over American politics and governance. That’s hardly an unreasonable concern, considering that, as one of the most prominent Koch-backed politicians in the country, Pompeo was called out just weeks after taking office for proposing legislative initiatives that “could benefit many of [the Kochs’] business interests.”

“The measures include amendments approved in the House budget bill to eliminate funding for two major Obama administration programs: a database cataloguing consumer complaints about unsafe products and an Environmental Protection Agency registry of greenhouse-gas polluters,” reported The Washington Post in 2011. “Both have been listed as top legislative priorities for Koch Industries, which has spent more than $37 million on Washington lobbying since 2008, according to disclosure records.”

Now, however, it’s a different story, because Donald Trump wants to put “the congressman from Koch” in charge of the State Department and, by extension, the engagement of the United States government with a world in which the brothers Koch have many, many interests.

(This piece is being regularly updated with details and analysis regarding Tuesday’s transition at the State Department.)

Get unlimited access to The Nation for as little as 37 cents a week!

John Nichols is The Nation’s national-affairs correspondent. He is the author of Horsemen of the Trumpocalypse: A Field Guide to the Most Dangerous People in America, from Nation Books, and co-author, with Robert W. McChesney, of People Get Ready: The Fight Against a Jobless Economy and a Citizenless Democracy.