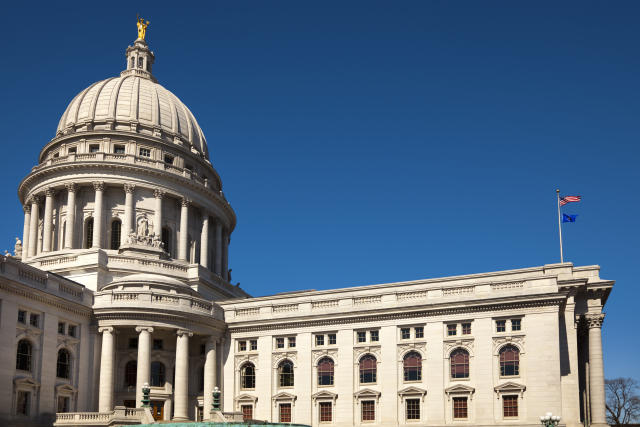 Led by Republicans in a vote along party lines, the state Senate voted to oust Ethics Administrator Brian Bell and Elections Administrator Michael Haas from their respective roles by denying to confirm them on a permanent basis. Both men did not get a customary public hearing before the vote.

Haas and Bell previously worked for the state’s Government Accountability Board when it was probing whether the campaign of Gov. Scott Walker (R) illegally coordinated with outside conservative groups. The probe was shut down by the Wisconsin Supreme Court in 2015, but The Guardian obtained information from the investigation and published an article on its contents. Wisconsin Attorney General Brad Schimel (R) conducted an investigation into the leak and recommended charges against nine people who worked on the probe, but not Bell and Haas. Despite that, House Speaker Robin Vos (R) and Senate Majority Leader Scott Fitzgerald (R) both called on Haas and Bell to resign.

The Government Accountability Board was disbanded in 2015 and replaced with the state ethics commission and election commission.

In 2016, the members of the elections commission, which is bipartisan, unanimously picked Haas to lead it. The six-member body is charged with overseeing and implementing Wisconsin’s election laws.

Haas’ removal comes just weeks before a Feb. 20 primary in the state and a little under three months before the first day when candidates can begin circulating petitions for the 2018 fall election. As Wisconsin’s chief election official, Haas is responsible for administering those elections, ensuring compliance with federal law and overseeing investigation and enforcement of the state’s election code. He is also charged with overseeing the state’s election equipment, a role with increased importance this year because Wisconsin was one of 21 states targeted by Russian hackers ahead of the 2016 presidential election.

Mark Thomsen, a Democrat and the election commission’s chairman, noted during a meeting Wednesday that Haas was the only person in the agency with the required clearance to work with the Department of Homeland Security to secure the state’s election system.

Haas only had a peripheral role in the Walker probe, where he was responsible for legal documents, but not the core part of the investigation into the governor’s campaign, according to the Wisconsin State Journal.

Meanwhile, the members of the state’s ethics commission unanimously picked Bell to serve as their administrator in 2016. The six-member panel is charged with overseeing the state’s campaign finance, lobbying and ethics laws. An investigation by the ethics commission into Bell found there was “not a scintilla of evidence” he was partisan in his duties at the Government Accountability Board. Earlier this month, Bell said he left the board because it was too partisan.

Fitzgerald, the Republican Senate leader, said Tuesday the fact that neither men had been linked to wrongdoing didn’t really matter to him.

“I can’t have confidence in an agency that still is employing some of the individuals that were there [the Government Accountability Board],” he told the Wisconsin State Journal on Tuesday.

Chris Ott, the executive director of the Wisconsin ACLU, said the timing of Haas’ dismissal was suspicious and said the sudden push to oust the officials was out of the blue.

“The Wisconsin Senate’s vote yesterday along party lines to try ousting the head of our Elections Commission looks like political interference in a nonpartisan agency that helps and protects Wisconsin voters, just a few weeks before important statewide elections start,” he said in a statement.

Jay Heck, the executive director of Common Cause in Wisconsin, called the vote not to confirm Haas and Bell “one of the most grotesque abuses of power that has occurred in Wisconsin in its history.”

“No evidence, no charges, no specific examples of misconduct, nothing. Just secret agreement among the members of the majority party in the State Senate to get rid of them both, right before important elections, and replace them, presumably, with sycophants and pawns that the Republicans will dictate what they decide and what the result of their work on elections and ethics will be,” Heck said in a statement.

The Walker administration said Wednesday it does not believe the commission can legally appoint Haas to lead it. “Because the Senate voted against confirmation of the potential Administrator who was serving as the interim, there was no way for the statutory requirement of ‘consent of the Senate’ to be met and thus the appointment had to end. This is not a removal of an administrator because the administrator serves as interim until consented to,” Steven Michels, a spokesman for the Wisconsin Department of Administration, said in an email to HuffPost.

A legal fight is expected over Haas’ future at the election commission.

Thomsen, the commission’s chairman, believes only the commissioners can vote to fire Haas despite the Senate vote. The panel met Wednesday afternoon and split along party lines about keeping Haas, with Republicans saying they believed the law made the administrator position vacant after the Senate vote on Tuesday. The election panel eventually voted 4-2 to keep Haas as administrator through April 30 to oversee some of the state’s elections.

Fitzgerald told reporters Tuesday he hoped the Republicans on the commission would decline to support Haas. He said he also wants lawmakers to get rid of the positions of two civil servant lawyers at the ethics and elections commission who worked at the Government Accountability Board.

“It’s just hard to develop any type of cooperative relationship or establish credibility as long as some of those people are over there,” he said, according to the Milwaukee Journal Sentinel.