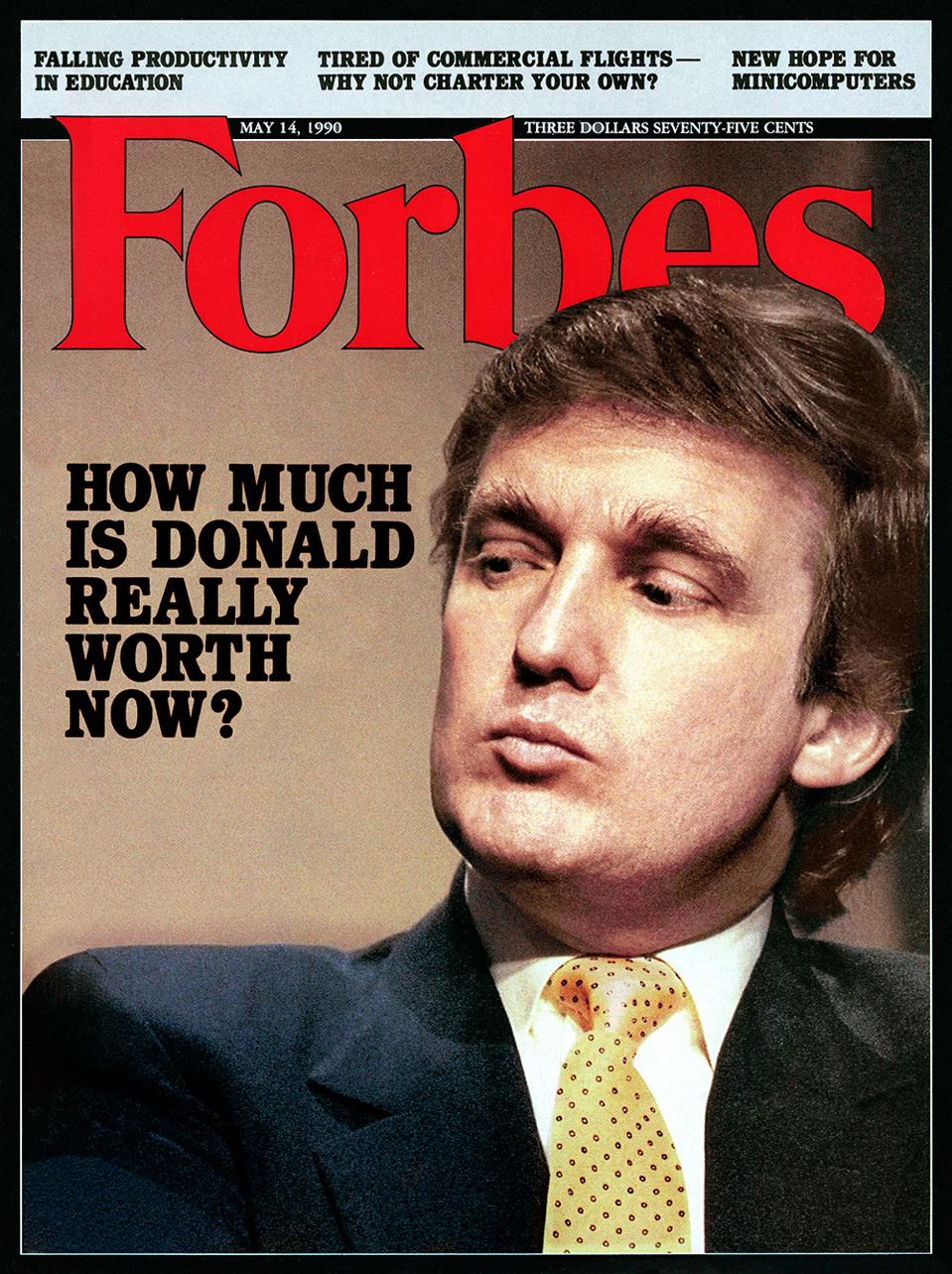 Donald Trump listed $1.2 billion of losses on his tax filings from 1985 to 1994, according to a blockbuster report released by the New York Times Tuesday. Those were high-flying years for Trump, then a young, brash businessman getting more headlines-per-square-foot than any other developer. In 1985, Trump appeared by himself on the Forbes 400 list of America’s richest people for the first time, after inventing a fake persona to lie about a transfer of wealth from his father.

Forbes fell for that ruse—taking Fred Trump off the list and listing Donald alone. But five years later, we published an explosive story, uncovering the trouble brewing inside Trump’s empire. Leaning on nonpublic documents, Forbes writers Richard L. Stern and John Connolly identified the same sort of profitability problems that are still making headlines 29 years later. Forbes took Donald Trump off its list for the first time that year, explaining that a “decline in Atlantic City gaming revenues, unmasking of misstated asset values, declining real estate values and massive debt may have put The Donald within hailing distance of zero.”

Here, Forbes republishes the 1990 magazine story, putting it online for all to read:

WHAT IS DONALD TRUMP really worth? His estranged wife, Ivana, would like to know. So would his creditors, who are many. The public, fascinated with Trump’s exploits and his bigger-than-life personality, relishes the guessing game. This we can say with confidence: His net worth is nothing like the $3 billion Business Week magazine estimated three years ago and has dropped considerably from our own 1989 estimate of $1.7 billion.

Forbes has obtained nonpublic documents submitted by Trump to a governmental body. In it, he lists his assets and liabilities as of May 31, 1989. The documents — which have been amended to include some more recent acquisitions — claim a net worth for Donald Trump, after deducting all debts and mortgages, of $1.5 billion.