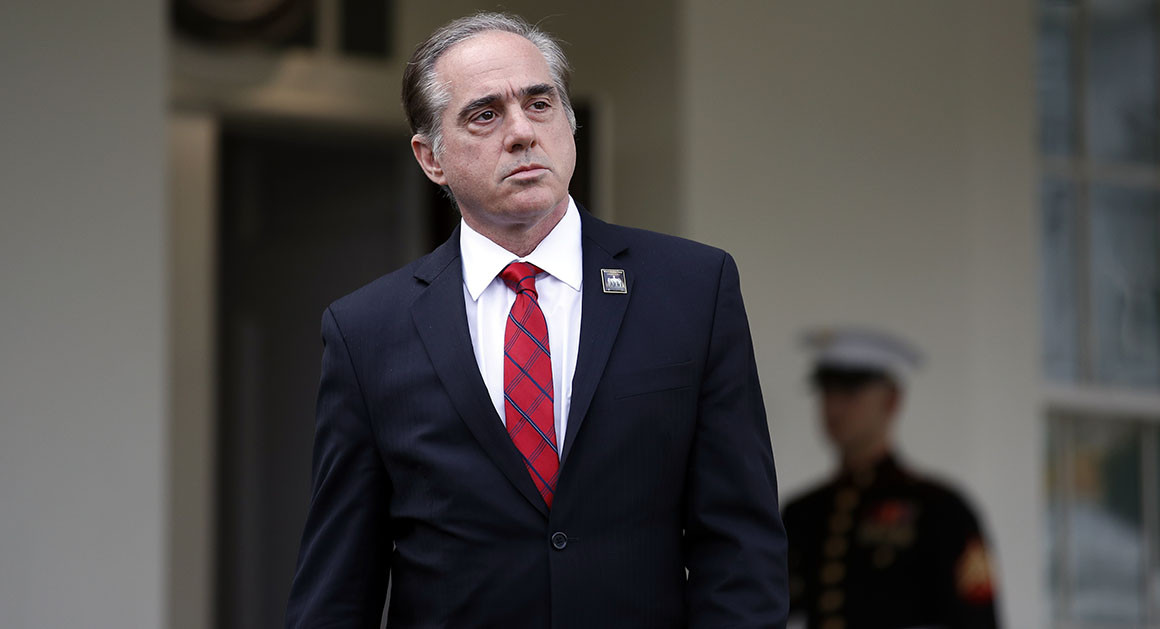 Four days after Veterans Affairs Secretary David Shulkin held a big Washington event to tout the Trump administration’s promise to house all homeless vets, the agency did an about-face, telling advocates it was pulling resources from a major housing program.

The VA said it was essentially ending a special $460 million program that has dramatically reduced homelessness among chronically sick and vulnerable veterans. Instead, the money would go to local VA hospitals that can use it as they like, as long as they show evidence of dealing with homelessness.

Anger exploded on a Dec. 1 call that was arranged by Shulkin’s Advisory Committee on Homeless Veterans to explain the move. Advocates for veterans, state officials and even officials from HUD, which co-sponsors the program, attacked the decision, according to five people who were on the call.

“I don’t understand why you are pulling the rug out,” Elisha Harig-Blaine, a National League of Cities housing official who was on the call, said in an interview afterward. “You’re putting at risk the lives of men and women who’ve served this country.”

“The VA is taking its foot off the pedal,” said Leon Winston, an executive at Swords to Plowshares, which helps homeless vets in San Francisco, where he said the VA decision is already having an impact. HUD recently put up 100 housing vouchers for veterans in the program, but the local VA hospital said it could only provide support for 50.

The agency’s move came as HUD on Wednesday released its annual survey showing a 1.5 percent increase in veteran homelessness over 2016 — the first rise since 2010. Most of the jump occurred in Los Angeles, where housing costs are skyrocketing.

Sen. Patty Murray (D-Wash.), who sits on a veterans’ affairs subcommittee, called the VA decision “a new low” for the Trump administration that was “especially callous and perplexing” in view of the latest data on homelessness.

In a statement late Wednesday, Shulkin insisted that overall funding for veteran homelessness was not being cut, and seemed to suggest he might reverse the decision. He promised to get input from local VA leaders and others “on how best to target our funding to the geographical areas that need it most.”

HUD data show there were nearly 40,000 homeless veterans in 2016, and even those with housing still need assistance. The program has reduced the number of displaced service members, serving 138,000 since 2010 and cut the number without housing on a given day by almost half. More than half the veterans housed are chronically ill, mentally ill or have substance abuse problems.

They can easily lose their housing again and need VA case managers to mediate with landlords, pay bills, and help them access the agency’s services and jobs, said Matt Leslie, who runs the housing program for the Virginia Department of Veterans Services.

“The people in this program are the most vulnerable individuals,” Leslie said. “If someone’s going to die on the streets, they are the ones.”

VA officials briefed congressional staff on Tuesday about the decision — which was buried in a September circular without prior consultation with HUD or veterans’ groups, according to advocates.

Agency spokesman Curtis Cashour said the move gives VA medical centers more flexibility. “VA has a responsibility to ensure resources go where they best align with veterans’ needs,” he said. “This move gives control and management of resources to local VA facilities, [which] know their communities and the veterans they serve better than anyone else.”

The decision affects $265 million immediately and would divert $195 million more under the VA’s 2018 budget. Under the program, HUD offers housing vouchers for veterans, and the VA provides case management — finding them apartments and making sure they stay there. Officials said it was possible that some of the vouchers could still be assigned, with the help of city or federal housing officials.

Carolyn Clancy, acting undersecretary for health, said the VA was moving forward to distribute money from the program to medical centers.

The Dec. 1 call came four days after Shulkin, appearing at a Washington shelter with HUD Secretary Ben Carson, announced that President Donald Trump was committed to continued reductions in veterans’ homelessness and was increasing funding in the area.

Shulkin and Carson promised to help every veteran find a home.

When asked about the administration’s budget, which includes no additional vouchers for the hard-case veterans, Carson said HUD had “excess vouchers. When we use those, we’ll look for more,” he said.

Some communities have excess vouchers, but many more don’t have enough, said Harig-Blaine, who is also a member of Shulkin’s advisory committee. Even in cities where there are excess vouchers, they exist only because the voucher community can’t compete with private market rents, he said — not because there aren’t homeless veterans there.

All 14 members of the Senate Appropriations Military Construction-VA Subcommittee, including Murray, asked the VA to reconsider its decision, but apparently the letter had no effect.

“It will take a congressional fix at this point,” Harig-Blaine said.

Advocates said cuts to the program were doubly foolish because the chronically homeless veterans it serves typically cost cities and the health care system hundreds of thousands of dollars for emergency room visits, ambulance runs and jailings that could be avoided if the veterans were reasonably sheltered.

“These are the kinds of veterans it deals with,” said Kathryn Monet, CEO of the National Coalition for Homeless Veterans.

Renuka Rayasam contributed to this report.