Ukrainian forces could wipe out all of ‘exhausted’ Russian troops’ territorial gains, retired US general says

Ukraine could push Russian forces back to its pre-war borders by 2023 — wiping out its territorial gains — because President Vladimir Putin’s troops are “exhausted,” a retired US general said on Thursday.

Lt. Gen. Ben Hodges, the former commanding general of the US Army in Europe, told Insider that Ukraine’s ability to push Russian troops back to the existing borders depends on continued Western support through sanctions and weapons deliveries.

“The Russians are exhausted,” Hodges said. “They don’t have much else they can do right now.”

He added that much of Putin’s military is already committed to the war, but Russia has had little territorial success to show for its efforts after 20 weeks of war. 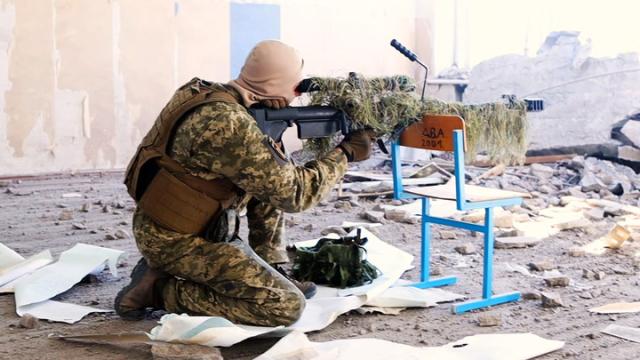 Hodges said the “full weight” of Western support is just now beginning to take shape with the delivery of long-range rocket systems — weapons Ukraine has begged for from the US and its allies for weeks.

He added that one key to Ukraine’s success will be knocking out Russia’s “only advantage:” Putin’s arsenal of artillery and rockets.

“It looks to me that wherever the Russians do not have overwhelming firepower advantage, then the Ukrainians win one hundred times out of a hundred,” Hodges said. “So, providing the Ukrainian’s ability to strike Russian artillery, Russian rockets, their ammunition storage, and command posts, that’s what destroys and disrupts the one thing that the Russians have that is to their advantage.”

Ukraine also maintains a significant advantage in morale, Hodges said, while Russian troops are bogged down by a lack of resources and capabilities — preventing them from making any “meaningful progress” on the battlefield.

Still, Russia has seen some incremental progress in Ukraine’s eastern Donbas region, where the conflict has emerged as a deadly and slow-moving campaign of artillery exchanges after Putin’s troops failed to capture the capital city Kyiv.

Hodges said Russian troops are willing to keep fighting a “war of attrition” because they have “nothing else they can do,” and Putin could drag the conflict through the end of the year with the hopes that the West loses its interest in supporting Ukraine because of domestic issues like gas prices or inflation.

In a war of attrition, Hodges said, Russia needs unlimited time, ammunition, and personnel. They appear to have enough ammunition, he said, while UK intelligence said on Monday that a troop shortage may force the Kremlin to recruit from prisons.

But, Hodges said, “I do think they’re on the clock a little bit. If the West sticks together through this year then I think it will be over.”

Throughout the war, many Western countries have joined in slapping a slew of sanctions on Russia and providing Ukraine with requested weapons. In turn, Putin has tried to threaten and apply pressure on the West for its widespread support of Ukraine.

The war has also pushed Western countries to unite in historic ways. Last month, the European Union accepted Ukraine as a candidate country to join the bloc, while NATO invited Finland and Sweden into the alliance in a show of defiance against Putin.

“If we don’t stick together, if we don’t deliver what we said we would, then I think the Russians will happily settle for a long war, where they just continue intruding away and doing all they can to destroy Ukraine as a country, and destroy its economy, and destroy the idea of Ukraine as a state,” Hodges said.