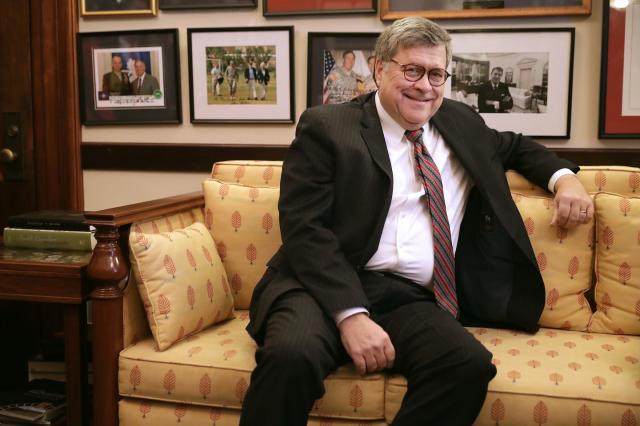 After a night’s careful consideration of his testimony before the Senate Judiciary Committee on Tuesday, I have come to the conclusion that not only should William Barr be the Attorney General of these United States, I’m not entirely sure I would hire him to get me out of a moving violation in traffic court. These are some of my reasons why.

When asked about the Emoluments Clause of the Constitution, which reads:

No Title of Nobility shall be granted by the United States: And no Person holding any Office of Profit or Trust under them, shall, without the Consent of the Congress, accept of any present, Emolument, Office, or Title, of any kind whatever, from any King, Prince, or foreign State.

This was Barr’s reply:

“I think there is a dispute as to what the emoluments clause relates to. I couldn’t even tell you what it says.”

There was a handy primer on “what it relates to” in Wednesday’s Washington Post:

But for T-Mobile, one hurdle remained: Its deal needed approval from the Trump administration. The next day, in Washington, staffers at the Trump International Hotel were handed a list of incoming “VIP Arrivals.” That day’s list included nine of T-Mobile’s top executives – including its chief operating officer, chief technology officer, chief strategy officer, chief financial officer and its outspoken celebrity chief executive, John Legere. They were scheduled to stay between one and three days.

But it was not their last visit. Instead, T-Mobile executives have returned to President Trump’s hotel repeatedly since then, according to eyewitnesses and hotel documents obtained by The Washington Post. By mid-June, seven weeks after the announcement of the merger, hotel records indicated that one T-Mobile executive was making his 10th visit to the hotel. Legere appears to have made at least four visits to the Trump hotel, walking the lobby in his T-Mobile gear. These visits highlight a stark reality in Washington, unprecedented in modern American history. Trump the president works at 1600 Pennsylvania Avenue. Trump the businessman owns a hotel at 1100 Pennsylvania.

It relates to not using your office of public trust to run your grifts for you. It relates, arguably, to the fact that Barr’s future boss may indeed be a crook.

Later, Senator Mazie Hirono asked Barr if he believed in “birthright citizenship,” the guarantee of American citizenship to everyone born in this country as stated in the 14th Amendment. The following colloquy ensued:

Hirono: “It says right there in the 14th Amendment.”

Barr: “I haven’t looked at that issue legally, that’s the kind of issue I would ask [the Office of Legal Counsel] to advise me on, as to whether it’s something that’s appropriate for legislation, I don’t even know the answer to that.”

Again, this one isn’t hard. Here’s Section 1 of the 14th Amendment, in full:

As Hirono says, it’s right there on the parchment.

Now, seriously, William Barr has been a Washington power lawyer for decades. He even was attorney general once before. I have no doubt that he really does know what the emoluments clause relates to, and that the 14th Amendment really does mean what it plainly says. But, to get the gig with this administration, he has to pretend to be as dumb and uninformed as both the president* and most of the rest of the Cabinet. When he is not pretending to be as stupid as the president*, Barr has to pretend-I hope-to be as authoritarian as the president*. 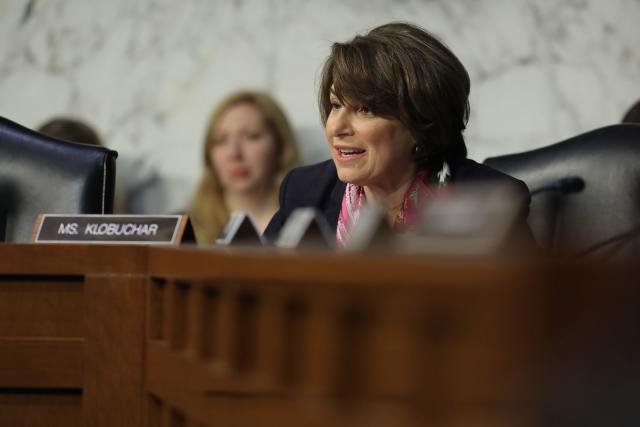 It was a sportswriter’s kid, Senator Amy Klobuchar, who got this money quote out of him:

Klobuchar: “If you’re confirmed, will the Justice Department jail reporters for doing their jobs?”

Barr: [Fudge, mumble, hummina, hummina] “I think that, you know, I know there are guidelines in place. And I can conceive of situations where, you know, as a last resort and where a news organization has run through a red flag or something like that, knows that they’re putting out stuff that will hurt the country – there could be a situation where someone could be held in contempt.”

Barr has to know how contrary to constitutional norms that would be, especially under this president*. But he wants the gig. Nobody should want a gig this badly but, apparently, everyone does.