Trump Should Be Worried by Cohen Probe. Really Worried.

Federal prosecutors can dog him for the rest of his presidency, and he has no power to fire them. 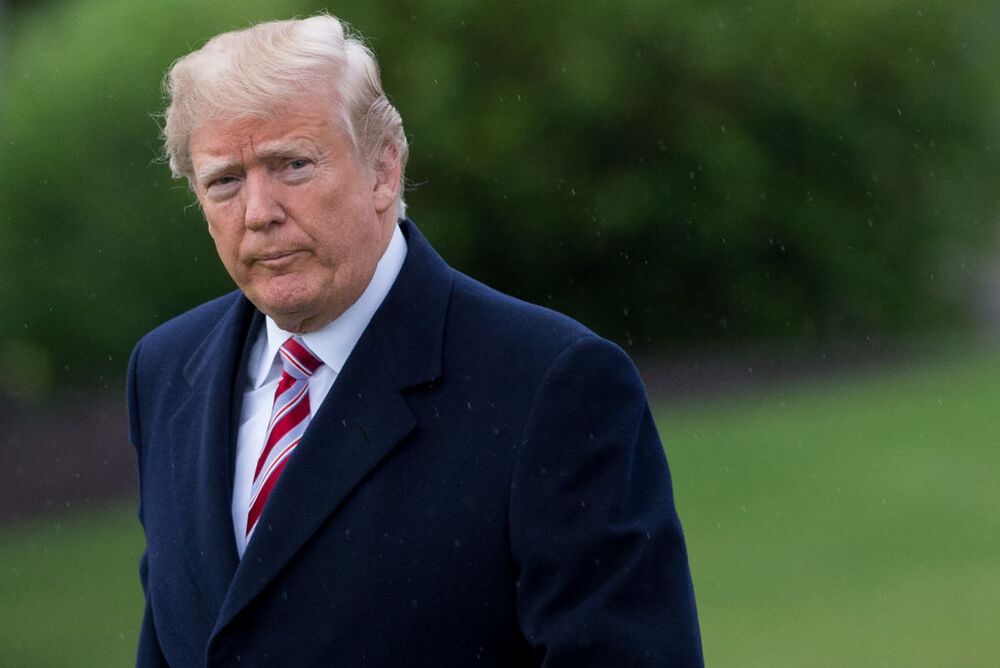 Make no mistake: The presidency of Donald Trump has hit a major inflection point with the investigation of his personal lawyer Michael Cohen by federal prosecutors in the Southern District of New York.

Until now, Trump personally was in jeopardy only if special counsel Robert Mueller’s team in Washington finds evidence that he knew about collusion between his campaign and Russia in the 2016 election. Even if that happens, there might not be enough to justify impeachment or a subsequent criminal charge of Trump. The president also has the power to fire Mueller to try to shut down the investigation, especially if he thinks Mueller is going beyond the terms of his appointment to investigate Russia.

Now, however, the Southern District can investigate potential Trump crimes in any area connected to Cohen, a fixer who is known to have arranged payoffs to an adult film star who says she had an affair with Trump. These prosecutors can go back as far as they want before the election, not to mention during and after it.

And there’s essentially nothing Trump can do about it. He can’t fire the career civil servant prosecutors who are now on the job. And practically, he can’t order the Southern District to stop investigating him, because such an order would likely be construed by the prosecutors there as a criminal obstruction of justice.

The upshot is that if it’s accurate, as it has been reported, that Trump is more worried about the Cohen investigation than the Mueller one, he’s not wrong.

The Southern District team can’t bring Trump to trial while he is president. But if it finds evidence of felonies involving Trump, the team could name him as an unindicted co-conspirator in charges against Cohen. That would tell the world that the president is a crook. It would put substantial pressure on Congress to impeach Trump. And, after Trump’s presidency ends, whether at the end of his term or before, a criminal prosecution could await. The prospect of a trial would loom over whatever time in the presidency he has left.

The first key to seeing this as a moment of transition is to recall that Mueller’s investigation is limited by Deputy Attorney General Rod Rosenstein’s letter of appointment. It authorizes Mueller to investigate Russian involvement in the 2016 election and potential crimes arising from the investigation. It isn’t carte blanche for Mueller to go after any other area of Trump’s career or life.

That matters, and not only because Mueller is likely to take the terms of his appointment seriously. The letter also points to the one way Trump could credibly try to fire Mueller without revoking the Department of Justice regulations that the letter says apply to his appointment. The regulations say Mueller can be fired for good cause. Exceeding the terms of his investigative mandate could plausibly be described as good cause for removing him.

That’s why it was a master stroke for Rosenstein — presumably with Mueller’s agreement and probably prompting — to assign the Cohen investigation to the regular career prosecutors in New York. The letter doesn’t apply to them. Their job is to investigate any crime of any kind that occurred within their jurisdiction, which the office traditionally interprets extraordinarily broadly to include, in essence, the whole world.

That means the Cohen investigation can’t be blocked by firing Mueller. It now very literally has a life of its own. And this investigation can go after any aspect of Trump’s life that might be relevant to potential crimes by Cohen. That includes crimes that Cohen may have committed on behalf of Trump.

Imagine, for example, that Cohen structured financial transactions to hide payoffs — keeping withdrawals just small enough to fly under a bank’s radar. That would be a felony. If Cohen did so with Trump’s knowledge and on behalf of Trump, that could easily be charged as a federal conspiracy that would make Trump criminally liable for Cohen’s conduct. That’s how easy it would be for the Southern District prosecutors to connect Trump to federal crimes.

But the Southern District prosecutors wouldn’t have to charge Trump. They could simply name him as an unindicted co-conspirator while charging Cohen, as a grand jury named Richard Nixon in the cover-up of the Watergate burglary.

Naming the president as subject to potential felony prosecution would be a game-changer in Congress. It’s one thing for congressional Republicans to dispute potential Mueller findings that might connect Trump to Russian collusion — on the assumption that such evidence even exists, which it might well not.

It would be another thing altogether for Republicans to ignore independent career prosecutors’ naming of Trump as an unindicted felon. They would come under huge pressure to impeach, and pay a huge political price if they did not.

Meanwhile, Trump would not be able to do anything about it. A potential felony charge would hang over his presidency. On leaving office, he could face charges and even prison.

That would create a huge incentive for Trump to resign and wait for Mike Pence to pardon him.

So there are plenty of good reasons for Trump to be much more worried now than he may have been before Cohen’s office and homes were raided last week. If Trump knows he hasn’t knowingly colluded with Russia, he knows he isn’t all that vulnerable to Mueller’s investigation. But when the person who makes your problems go away is under the microscope, that’s bad news — historically bad.

To contact the editor responsible for this story:
Stacey Shick at sshick@bloomberg.net