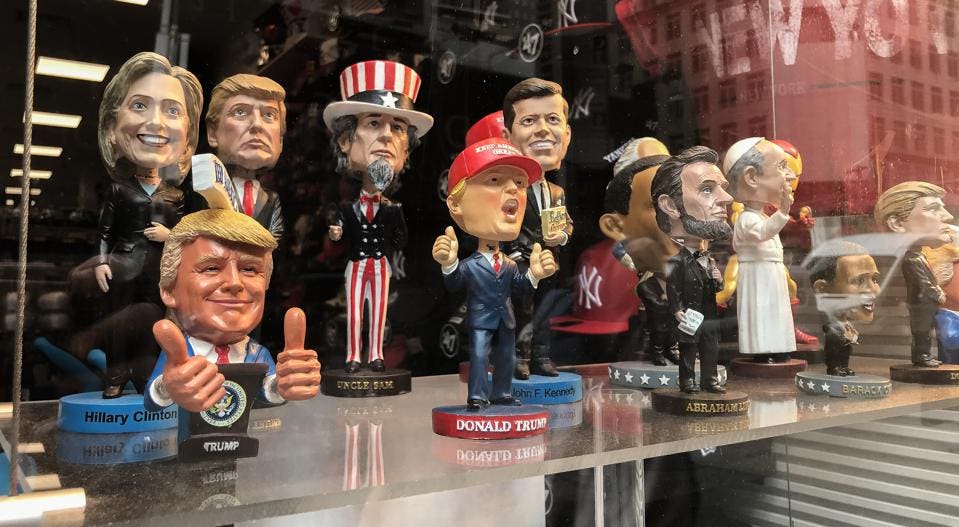 We all wonder if Trump’s trade actions are as random as they appear or if there is a broader strategy.

Some of my contacts argue that the relatively strong U.S. economy allows the administration to take a harder line than would normally be advisable.

The thinking is that we can ride out a trade war better than China can.

This only works if the U.S. economy keeps growing long enough for the tariffs to make China bend. We can postpone a recession for another year or two if the trade war doesn’t intensify and Europe holds together.

Since it is intensifying, we may not get that time. In other words, tariffs could end the conditions that justified them.

Something similar happened before, during the most famous trade mistake in U.S. and global history.

Herbert Hoover promised higher tariffs in his 1928 presidential campaign. He won, and the House passed a tariff bill in May 1929.

The Senate was still debating its version of the bill when the stock market crashed in October 1929. Today, we use that event to mark the Great Depression’s beginning.

But at the time, people didn’t know they were in a depression or even a recession. Most economists expected a quick recovery. Stocks did recover quite a bit in the following months, though not back to their prior highs.

So, when the Senate finally passed a tariff bill in March 1930, the thinking was not that different from what we see today. They thought they could preserve and even extend the good times.

But conditions worsened quickly, and by 1931, unemployed men were standing in soup lines.

In 1932, both Smoot and Hawley lost their seats as Franklin Roosevelt beat Hoover in a landslide—57% of the popular vote.

That history won’t necessarily repeat this time, but it’s not a good sign.

Throwing Caution to the Wind

Last year, I wrote about a sandpile experiment conducted by physicists back in the 1980’s. I described how a sandpile can slowly grow in size, apparently stable. At any moment, however, something could trigger an avalanche.

The global trade system is something like that. Of course, it’s not perfect or even optimal. Countries erect barriers to their advantage.

I can point to several countries whose economic policies are mercantilistic, but at least everyone knows about them. We see the the dangers and back off to avoid an avalanche whose victims are impossible to predict.

It is a kind of equilibrium.

The Trump administration doesn’t seem to care about equilibrium. Whether it’s coming from the president himself or those around him, the strategy appears to be “kick apart the sandpile and make everybody rebuild it.”

And whether we like it or not, many of Trump’s supporters actually like the concept of throwing a wrench into the system.

So, it is not the case that the U.S. has no choices. We have many choices. Tariffs are the wrong one. But then, that is just me, and I am one lone voice and vote.

John Mauldin is President of Mauldin Economics and a financial writer, publisher, and New York Times bestselling-author. Each week, nearly a million readers around the world receive my Thoughts From the Frontline free investment newsletter.