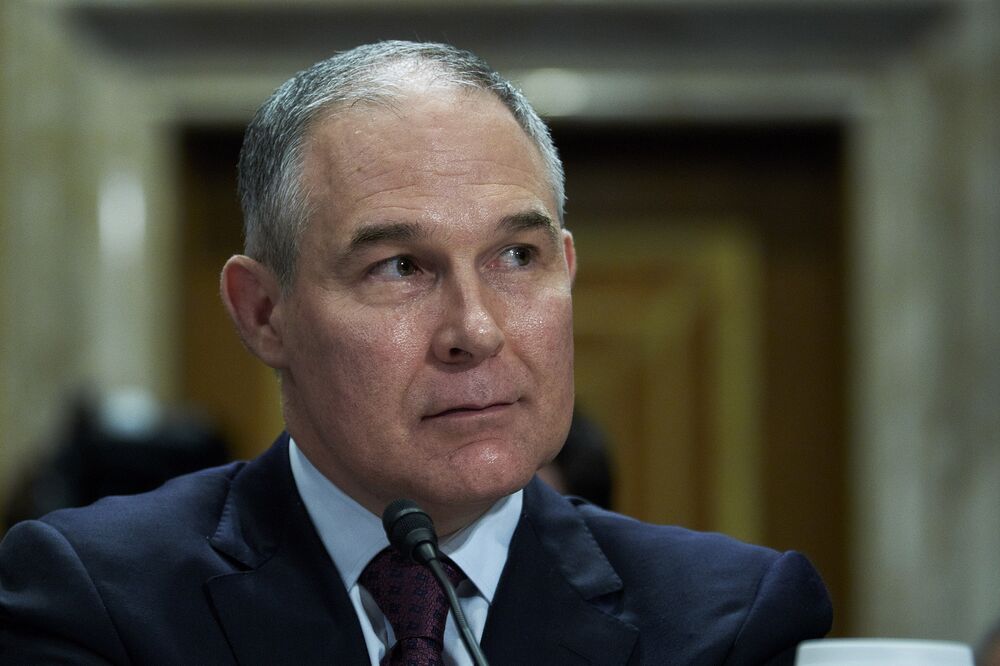 Move could limit reliance on health studies with shielded data

The Environmental Protection Agency is preparing to restrict the scientific studies it uses to develop and justify regulations, making it harder to rely on research when its underlying data are shielded from view.

The planned policy shift, urged by conservatives and advisers who guided Donald Trump’s presidential transition, could affect EPA regulations governing climate change, air pollution and clean water for years to come. The move was described by a person familiar with the plan, who asked not to be named discussing the change before it is formally announced.

Although the EPA hasn’t formally announced the policy change, expected in the coming weeks, Administrator Scott Pruitt outlined the broad strokes of the plan for conservatives in a recent meeting and told The Daily Caller he would insist on the details of studies underpinning environmental regulations.

The EPA should rely on science that is “very objective, very transparent and very open,” Pruitt said in a March 13 interview with Bloomberg News, casting his concern as focused on third-party research in which findings are published but the underlying data and methodology aren’t open for scrutiny.

“That’s not right,” Pruitt said. Whenever the EPA gets scientific evaluations from third parties, “the methodology and data need to be a part of the official record — the rule making — so that you and others can look at it and say, ‘was it wisely done?’”

Advocates of the change say that by revisiting the science that underpins a swath of environmental rules, including those governing ozone and mercury pollution, the EPA can begin to undo them.

“The EPA has gotten away from honestly comparing the costs and benefits of regulation, by using black box science that where they are essentially saying ‘trust us,’” said Myron Ebell, director of the Center for Energy and Environment at the Competitive Enterprise Institute that advocates limited government. “It’s a way to justify regulations, far beyond any environmental or health benefits.”

Critics said the move is a way to undermine environmental laws too popular to be undone by Congress.

“It’s just another way to prevent the EPA from using independent science to enforce some of our bedrock environmental laws, like the Clean Air Act,” said Yogin Kothari, a Washington representative with the Union of Concerned Scientists’ Center for Science and Democracy. “You know you’re not going to be able to undo the Clean Air Act, so instead of attacking the law itself, you attack the process by which the law is implemented.”

Conservatives have pointed to a landmark 1993 air pollution study conducted by Harvard University’s School of Public Health that paved the way for more stringent regulations on air pollution by linking fine particulate matter to mortality risk. The underlying data from that federally funded research, known as the Six Cities Study, was never publicly released because its participants were promised confidentiality, according to the university.

“This canard about ‘secret science’ began as an attempt by industry to undermine the landmark research — from more than two decades ago — that determined air pollution is bad for your health,” said John Walke, director of the clean air project at the Natural Resources Defense Council. “As a result of those findings, EPA forced polluters to clean up their act, saving or improving tens of thousands of lives.”

Depending on the details, the policy could affect both epidemiological studies that rely on confidential medical records, as well as industry-backed research by companies reluctant to share data recorded at oil wells and power plants.