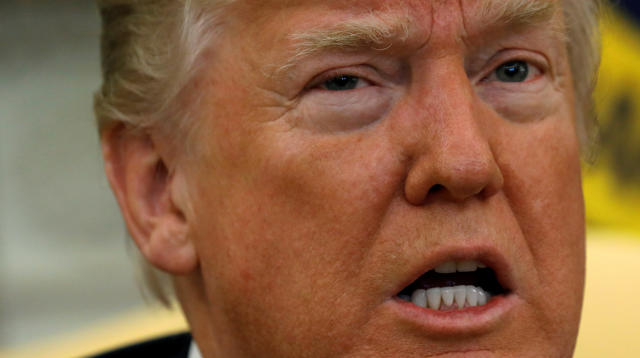 President Donald Trump has pressured senior White House staff members to sign nondisclosure agreements that are more sweeping than ever demanded by a president, The Washington Post reported.

The agreements are applicable to staffers while they’re working in the White House and “at all times thereafter,” meaning they continue to apply even after Trump’s presidency, according to a draft agreement examined by Post deputy editorial page editor Ruth Marcus.

The draft agreement says staffers could be fined as much as $10 million for unauthorized release of confidential information. Marcus wrote in an op-ed on Sunday that she suspects the penalty is lower in signed agreements.

All of Trump’s senior staffers appear to have signed the agreements, with some believing it unenforceable, Marcus reported. Trump, enraged by leaks, pressed for compliance early last year.

Marcus called such agreements that gag White House staff members even after the president’s term “not only oppressive but constitutionally repugnant.”

The draft agreement defines “confidential” information as “all nonpublic information I learn of or gain access to in the course of my official duties,” including “communications [with] the press” and with “employees of federal, state, and local governments.” The information cannot be revealed, even in a “work of fiction.”

“60 Minutes” is set to broadcast an interview with Daniels on Sunday.