Thousands of students streamed out of schools around the country this morning to protest against gun violence in the wake of the mass shooting at a Florida high school that killed 17 people last month.

“It’s all thoughts and prayers; it’s all talk,” he told ABC News. “After a gun violence tragedy there’s a speech talking about how we need change but there never is change.” 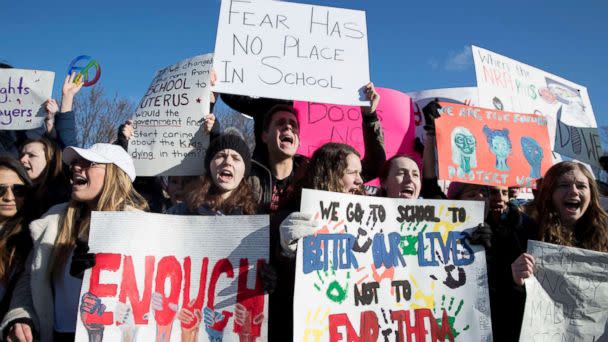 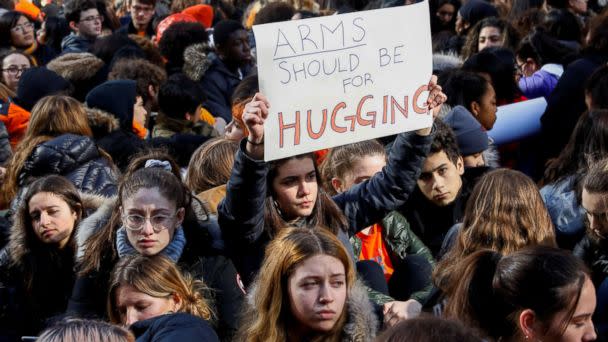 The event, which began at 10 a.m. across every time zone, was officially scheduled to last 17 minutes — one minute for each of the victims gunned down in the Feb. 14 massacre at Marjory Stoneman Douglas High School in Parkland, Florida. But many students are rallying for much longer.

To the students at Stoneman Douglas, Daniel’s message is, “Keep making your voices heard. While the politicians might stop talking about this, we’re not done.” 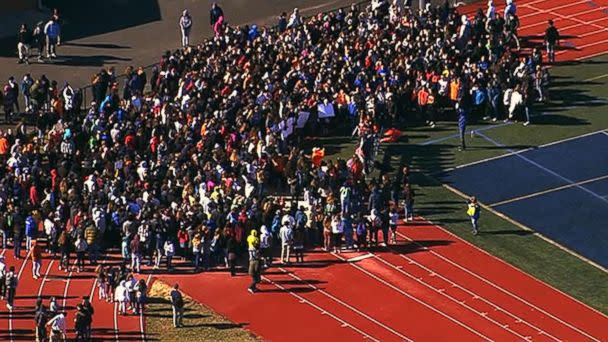 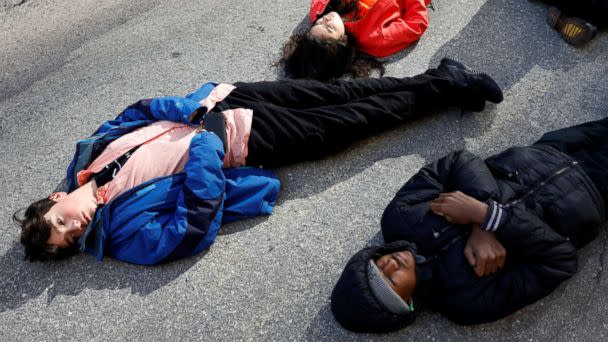 Over 3,000 walkout events are registered to take part in today’s call on Congress to pass tighter gun control laws, according to ENOUGH National School Walkout, the event organizers.

The walkouts are across the nation, from Maine to Maryland, from North Dakota to North Carolina, from the White House to Washington state, and even in Hawaii and the U.S. Virgin Islands. 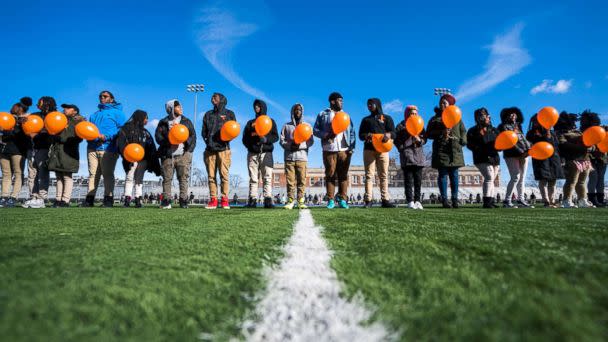 In Washington, D.C., a huge crowd of chanting students gathered in front of the White House. Once the clock struck 10 a.m., the students silently sat down with their backs to the White House.

Even though most teenagers can’t vote, “we just want the White House to hear us,” Abby Silverman of Bethesda, Maryland, told ABC News outside the White House.

Kevin Butler told ABC News he came to the White House to “make sure there are stricter gun laws,” and even though the president wasn’t there during the sit-in, Kevin thinks their voices will be heard. 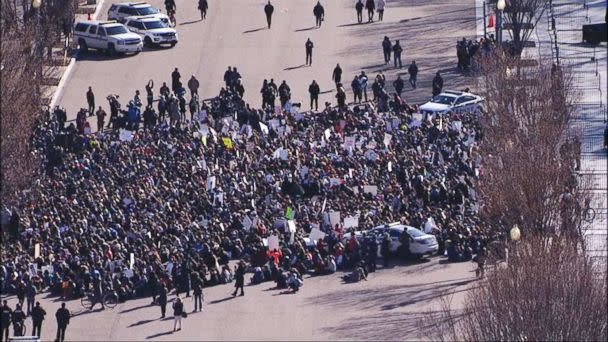 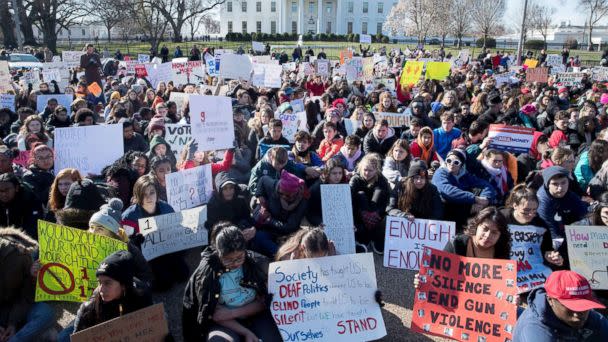 Everything to know about the National School Walkout

Middle school teacher encourages students to ‘walk up’ to others, not just walk out

From school shooting to a walkout, how the movement unfolded

Women’s March Youth Coordinator Tabitha St. Bernard Jacobs, one of the few adult allies guiding the students in the youth-led movement, told ABC News ahead of the event that while the walkout was sparked by the Florida school shooting, the event is about pressuring Congress to act against gun violence overall.

She said the walkout is a way to shed light on the type of gun violence that exists not just in schools, but everyday gun violence, like shootings that impact minority communities or devastate cities like Chicago.

How participants spend those 17 minutes of the walkout is up to them and what is best for their own environment, St. Bernard Jacobs said. Some people are doing a lie-in, while others are holding rallies, she said.

At Columbine High School in Colorado, where two students opened fire in April 1999, killing 12 of their fellow students and a teacher, student leaders said they plan to walk out at 10 a.m. local time.

Groups from around the world also signed up, including in Australia, Israel, Switzerland, Germany and Mexico.

Izzy Harris, a student at The American School in London, said students at her school, including herself, walked out “to demonstrate that the U.S. government needs to make changes to their gun laws.”

“Although we are not directly affected in the U.K., a number of us are American and have many connections to the U.S.,” she told ABC News via video. 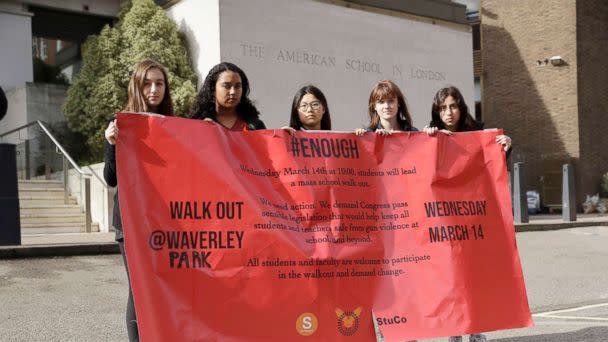 While many school districts are supportive of the protests, some schools from Pennsylvania to Georgia have reportedly threatened to discipline students participating in walkouts.

In Plainfield, Illinois, where some students plan to walk out, doing so will come with a guideline.

Students who want to participate in the walkout also must attend an after-school discussion with state legislators to discuss issues that relate to school violence, like the political process, school safety, gun control and what influences politicians, Plainfield School District Superintendent Lane Abrell told ABC News.

A student who walks out but does not attend the discussion with state legislators will get a one-hour detention, Abrell said.

Abrell said the walkout “in my opinion … doesn’t really solve the issue,” and the meeting with local legislators is a way for students who genuinely are passionate about the cause to learn how school violence issues can be solved.

The American Civil Liberties Union (ACLU) said schools can punish students for missing class for walkouts, but the punishment should only be because students are missing school and not as a harsher punishment because the students participated in a protest.

Dozens of colleges and universities have said they won’t penalize applicants who are peaceful student protesters.