One of America’s best marksmen on gun control: ‘There’s just no reason for assault rifles to be in the hands of ordinary citizens’ 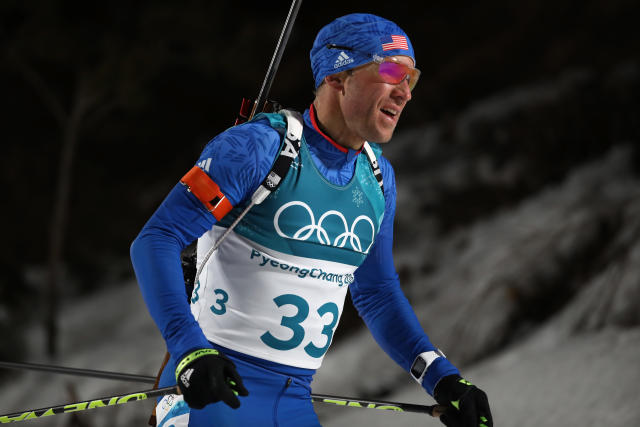 American biathlete Lowell Bailey has no interest in owning a weapon that is “designed to kill another human being.” (Getty)

PYEONGCHANG, South Korea – Lowell Bailey is one of the best marksmen in America. The North Carolina native is so proficient with a gun that he has made a living off it. He is an Olympian biathlete. So his opinion on the roiling gun debate in his country is worth hearing.

On Tuesday night, after he had finished competing, he gave it.

“We’re a sport that uses a .22-caliber rifle,” Bailey said. “A .22-caliber rifle that shoots a single round is a much different thing than an AR-15. In my opinion, there’s just no reason for assault rifles to be in the hands of ordinary citizens.”

Bailey said he does not own an AR-15 and has no desire to get one.

It’s especially maddening in the wake of yet another deadly school shooting back in the States. Since Bailey and his teammates have arrived here to live their Olympic dreams, America has mourned the deaths of 17 innocent people who lost their lives in a high school in Parkland, Florida. These athletes have mourned, too.

“Every time something like that happens, it makes me sick to my stomach, to think about,” said another member of the U.S. mixed relay team, Susan Dunklee. “This is so far removed from that kind of shooting. This is precision shooting. We’re using a .22. But there is that association of being a firearm, and it takes a lot of the joy I have out of pursuing a sport like this.”

Biathlon requires incredible physical fitness and mental strength. It also requires daily training and responsibility when using a firearm. The shadow of gun violence is beyond distressing to them.

“All of us are very saddened by it,” said Joanne Firesteel Reid. “We have to take it in our own way. As a target shooter you don’t even associate what you’re doing with something like that.”

Bailey says he supports the assault weapons ban that was in place in the U.S. for 10 years and then allowed to expire in 2004. He added that his nation’s gun laws come up in conversations he has with competitors from other countries.

“They’re absolutely baffled,” he said. “They’re baffled at the political landscape of the United States, and how we can continue to put an assault rifle into the hands of anyone who wants to walk into a gun store and buy one.”

Gun laws in South Korea are quite strict. So strict, in fact, that it affects this sport. While in most competitions, biathletes are allowed to store their rifles in their rooms, that practice is forbidden here. Competitors must keep their guns at the venue, locked away at all times unless they are using them for practice.

“They’re under lock and key,” Dunklee said. “We each have our own key. We ski around with them, then we bring them right back. Very controlled. Russia does that too.”

It is inconvenient to an extent. “It would be like if you’re a runner and someone locked up your running shoes,” said Reid. But it’s something the biathletes understand. Rules are rules, and they’re there for safety.

It’s somewhat telling that in this country, some of the most responsible and careful gun owners on the planet, the Olympic biathletes, are kept from having their own rifles in their rooms.

“Sometimes it’s even nice not to have a gun staring you in the face all day,” said the fourth member of Team USA, Tim Burke. 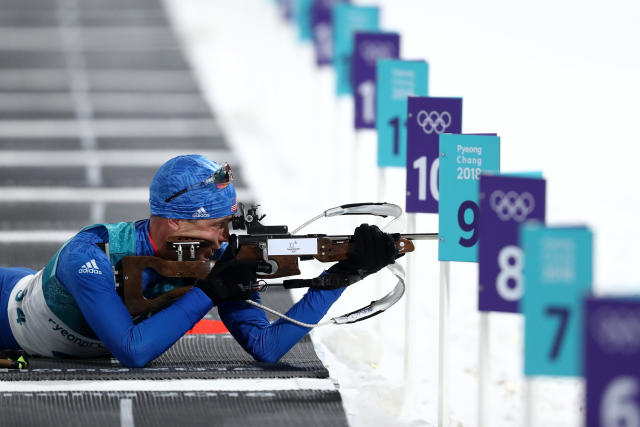 American Tim Burke, an avid hunter, says: “If locking up all of my sports rifles, my hunting rifles, meant saving one life, I would do it.”

Burke also spoke up on Tuesday after the team’s race, in which it finished 15th. He was not as expressive as Bailey and Dunklee, but it was clear he was upset by what happened in Florida.

“Not only am I a biathlete, I’m also an avid hunter,” he said. “If locking up all of my sports rifles, my hunting rifles, meant saving one life, I would do it.”

The fear among many American gun owners is that the government will confiscate their weapons and infringe upon their Constitutional right to bear arms. The reasons for that concern go back to the founding of the country, and a wariness of a too-powerful government that lasts to this day.

But there’s a way to preserve the sanctity of the Second Amendment and make a change for safety’s sake. There is a path to preserve our history, protect our kids and defend our way of life.

“There was a time in our country when the means to defend yourself against an oppressive government was an appropriate justification,” Bailey said. “That time has passed.”

He paused for a second before continuing: “That’s a debate. But I think there needs to be a respectful dialogue, an open dialogue without special interests involved. It’s time our politicians sat down and made some tough choices. What’s more important? Owning an AR-15 or having innocent school children get killed?”

Bailey, who is not a member of the National Rifle Association, has a daughter and another child on the way. His heart breaks for the families affected by this tragedy and all the others. This matters to him as a citizen and as a parent.

“I compete against all these World Cup nations,” he said. “Germany, Norway. How good are they on the range? They’re great at rifle marksmanship. Do you know how strict their gun control laws are? It’s a travesty that America hasn’t changed and continues to go down this path.