The Ukraine ‘Transcript’ Illustrates How Foreign Leaders Handle Trump: Flatter Him and Pay Him 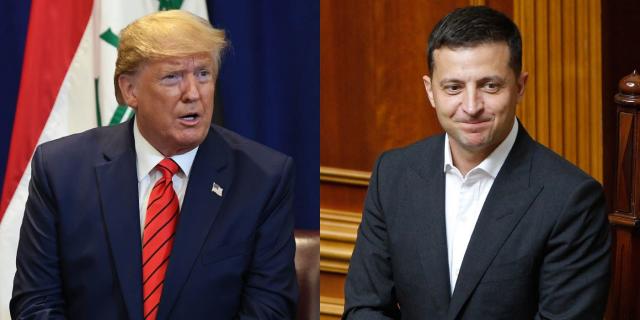 What the president and his associates billed as a “transcript” of his call with the president of Ukraine is not actually a full, verbatim transcript of the call, so it’s not really a transcript. There are ellipses throughout—particularly, as some have pointed out, when Trump is making requests of Volodymyr Zelensky—and the indications are that a substantial chunk of the 30 – minute phone call has not been included. Even still, the president just provided documentary evidence of what he’d already admitted to: he pressured the leader of a foreign government to open an investigation into a U.S. citizen, who happens to be a political opponent, thereby inviting foreign interference in our elections. He put his personal political gain over the interests of the United States and violated his oath of office. He should be impeached.

Folks will now turn, with good reason, to demanding the full transcript—if it (still) exists—and calling for Congress to get access to the whistleblower’s complaint. It reportedly documents more of the context surrounding Trump’s dealings with Zelensky and whether the demands for a Biden investigation are tied to the president’s order to hold back hundreds of millions in military aid for Ukraine. That would be the quid pro quo Trump and his toady associates like Lindsey Graham are yelling isn’t in the transcript, which is why Trump released it. (He telegraphed this strategy when he announced the release.) It’s not yet clear there’s no QPQ in the transcript—more on that shortly—and you don’t need it for this to be an impeachable offense. But it’s worth exploring further.

There’s another side to the Ukraine call that demands attention, however. It has to do with how Zelensky approached his interaction with the President of the United States. He started off by very obviously flattering Trump:

ZELENSKY: Well yes, to tell you the truth, we are trying to work hard because we wanted to drain the swamp here in our country. We brought in many many new people. Not the old politicians, not the typical politicians, because we want to have a new format and a new type of government … You are a great teacher for us and in that.

Trump gushed in response, then went on a rant about all the problems he has with other European leaders and emphasized about how “good” the U.S. has been to Ukraine. Zelensky agrees with everything he says without caveats, and in fact works to boost his claims. He then mentions Ukraine wants to buy more Javelins—anti-tank missiles—from the U.S., and Trump responds immediately by asking for “a favor though because our country has been through a lot.” This smells a bit like the kind of quid pro quo Lindsey Graham told me wasn’t in there, although Trump does not mention Biden specifically until the next exchange. He did, however, repeatedly suggest putting the Ukrainians in contact with Rudy Giuliani and Attorney General William Barr for the purposes of said investigation. 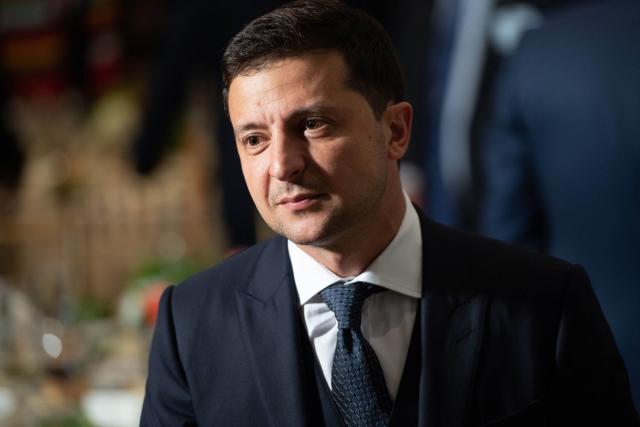 But it’s a bit later that we get to the emoluments:

ZELENSKY: I would like to tell you that I also have quite a few Ukrainian friends that live in the United States. Actually last time I traveled to the United States, I stayed in New York near Central Park and I stayed at the Trump Tower. I will talk to them and I hope to see them again in the future.

And there it is. Having flattered Trump relentlessly and nodded along to whatever he said, Zelensky came in with the tried-and-true finish: I stayed at your property and put money in your pocket. This is the way you do business with the United States of America now. You call up our president, tell him he’s a very good boy who everyone loves, and then hint that there’s money in it for him if you have a productive relationship.  It’s very likely that this is now standard procedure for foreign leaders. It certainly is for Saudi Arabia, and it is for corporate types, too: T-Mobile celebrated it’s proposed merger with Sprint, which would need approval from Trump’s administration, by spending a bunch of money at Trump’s hotel in D.C. The CEO stomped around the lobby in his T-Mobile shirt, just to make sure the message was received.

This is not some intricate corruption caper. The president has maintained his business holdings while running the country. This is an obvious conflict of interest, particularly when it comes to foreign actors. As Vox’s Matt Yglesias pointed out, Trump has vetoed five bills since he took office, and four of them were efforts to reduce U.S. support for Saudi Arabia. Is that because he, like many previous presidents, thinks we can’t do anything to jeopardize our alliance with the Saudis? Or is it because they’re putting money in his pocket? This is why the Constitution has an Emoluments Clause, which forbids presidents from accepting sizable gifts from foreign leaders. Trump is accepting gifts every day, in violation of the Constitution, as part of The Great American Heist. The public can never be sure he’s made a decision in their interests as opposed to his own. It’s just another reason he should be removed from office.