The superyachts (worth £680m) seized from oligarchs as sanctions hit Russians

As the Russian invasion in Ukraine continues, so too does the wave of economic sanctions against the nation’s oligarchs with links to president Vladimir Putin.

On Tuesday, the UK announced sanctions against a further 350 Russian individuals and entities, taking the total to more than 1,000.

And the EU imposed its own sanctions on 15 new individuals, including Chelsea owner Roman Abramovich, who was already on the UK list.

One of the most prized assets of oligarchs are their superyachts – and these are now being seized on a regular basis.

The latest vessel to be seized through sanctions belonged to oligarch Sergei Chemezov, a close ally of Putin.

Here are the luxury vessels that have been take off the hands of Russian oligarchs since their country’s invasion of Ukraine began almost three weeks ago.

A superyacht belonging to Sergei Chemezov was seized by Spanish authorities in Barcelona on Monday.

The boat, named Valerie, is estimated to be worth about £115m.

He is the chief executive of the Russian state-owned conglomerate Rostec, which comprises 700 businesses across the defence and civil sectors.

Chemezov was appointed to the role by Putin – the pair became friends when stationed in the old East Germany in the 1980s.

The Valerie is 85m long and sails under the flag of Saint Vincent and the Grenadines. The vessel is registered to Chemezov’s stepdaughter, Anastasia Ignatova, through a British Virgin Islands company, according to a 2021 article published in the Pandora Papers information leak.

Chemezov was sanctioned by the EU and the US in 2014 and the UK in 2020 over Russia’s annexation of Crimea and was named in sanctions lists this month by the US and Australia.

On Saturday, Italian police seized the superyacht Sailing Yacht A, owned by Russian billionaire Andrey Melnichenko, said to be close to Putin.

The 143m long yacht was seized at the northern port of Trieste.

Melnichenko owned major fertiliser producer EuroChem Group and coal company SUEK. The companies said in statements on Thursday that he had resigned as a member of the board in both companies and withdrawn as their beneficiary. 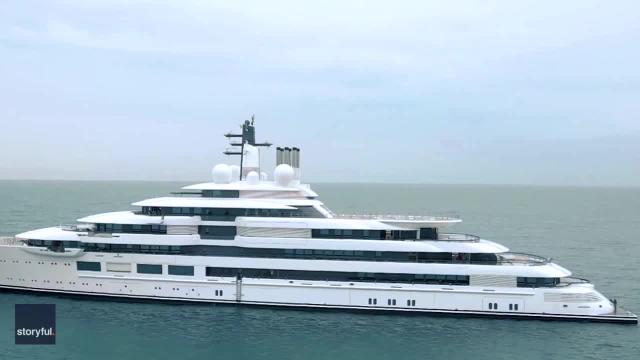 A spokesperson for Melnichenko, Alex Andreev, said the billionaire industrialist has “no relation to the tragic events in Ukraine” and “no political affiliations”.

He was placed on the EU sanctions list on 9 March. He had attended a meeting between Putin and other oligarchs in February just before Russia’s invasion of Ukraine.

The 65m boat was seized at the northern Italian port of Imperia.

Mordashov is under EU sanctions following Russia’s invasion of Ukraine. The EU called him the “personal bank” of the senior officials who benefited from Russia’s annexation of Crimea in 2014.

He is the chairman of Severstal, Russia’s largest steel and mining company.

According to Forbes, he has a net worth of about £22bn.

Timchenko was placed under EU sanctions and UK sanctions last month. He is a close friend of Putin, who gave him an oil export licence in 1991.

Nicknamed “Darth Vader”, Sechin served as Russia’s deputy prime minister from 2008 to 2012 and now runs the management board of oil company Rosneft.

The EU sanctioned Sechin last month and had his assets frozen. The UK has also imposed sanctions on Sechin. 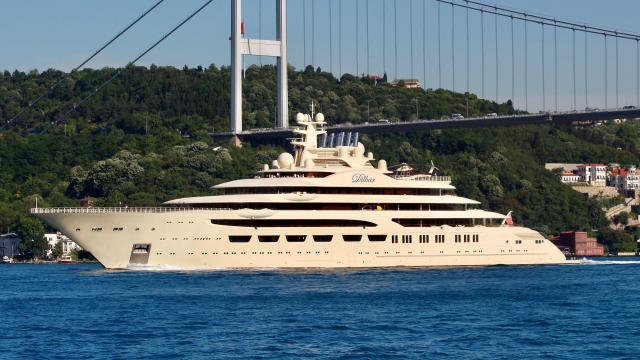 The fate of impressive watercraft owned by sanctioned allies of Russian President Vladimir Putin has become one of the more unexpected barometers for how the sanctions imposed by the West are going.

Tracking the status of these incomprehensibly luxurious vessels has become a sport online, with experts including former CIA officer Alex Finley — who recently appeared on Yahoo Finance (video above) — providing updates. President Biden mentioned the yachts in his State of the Union (SOTU) address, and the topic has come up in the White House briefing room.

“Let me give you just a couple of examples of assets that have already been seized,” White House Press Secretary Jen Psaki said told reporters before diving into the details. Her summary included both the yachts and superyachts (which is most often defined as a vessel longer than 80 feet in length) now under Western control.

“That is just the beginning,” Psaki added, referencing a multinational task force the U.S. is involved in to hunt down the physical assets of sanctioned Russian companies and oligarchs. Treasury Secretary Janet Yellen and Attorney General Merrick Garland convened the U.S. wing of the task force for the first time this week.

Yacht seizures have happened alongside other newly confirmed actions, like the impounding of an $18 million resort linked to oligarch Alisher Usmanov in Sardinia. And while the U.S. is not in a position to seize the yachts directly — since the oligarchs are clearly avoiding U.S. waters — authorities are assisting European efforts to cut off assets.

Here’s a running tally of some of the watercraft that Western governments have taken control of — and others that are on move around the globe in search of friendlier waters — with internet sleuths like Finley hot on their tales.

The White House confirmed that the 213-foot yacht was recently impounded in Italy.

According to a summary online, it was built in Wisconsin and finished in 2013. It requires a crew of 14 to operate and can accommodate up to 12 guests spread across six suites. One notable perk, according to the listing, is a beauty salon.

This month’s seizure might be a blow to Mordashov, though he apparently has a second yacht that is reportedly still at large, according to Finley.

Mordashov, who is known as Russia’s richest businessman, was estimated to be the 51st richest person in the world before the invasion, based on being a majority shareholder in Severstal, the Russian steel company.

The Lena — linked to Gennady Timchenko

This yacht is also confirmed to have been seized in Italy.

It was built in 2010 and reportedly holds nearly 8,000 gallons of fuel. It has two decks and needs two diesel engines in order to power it, according to a sketch provided by Super Yacht Times.

Gennady Timchenko founded a private investment group called the Volga Group and is reportedly a close friend of President Vladimir Putin. He was able to afford luxuries like the Lena after gaining a Russian oil export license.

Melnichenko made billions through his stakes in the fertilizer producer Eurochem and coal energy company SUEK. Like Mordashov, he apparently owns two boats, with the second still at large.

The “Sailing Yacht A” vessel is described online as “the ultimate embodiment of German superyachts built for the 22nd century” includes features like an underwater observation pod and the world’s tallest masts that top out 100 meters above the waterline.

The White House confirmed this week the boat had been seized in Italy.

The Dilbar — linked to Alisher Usmanov

Usmanov is the 99th richest man in the world, according to Forbes, and his yacht is one of the largest in the world at 512 feet long and is reportedly valued around $600-$735 million.

The status of his superyacht is currently uncertain with reports that his entire crew has been fired because of the sanctions, leaving the vessel stuck in a port in Hamburg where it is undergoing repairs. The boat itself may or may not have been seized though it is at least being monitored closely by German authorities.

Either way, the White House recently announced a host of sanctions on Usmanov, with the U.S. Treasury stating that “any transactions related to the yacht or aircraft, including things such as maintenance, the hiring of operating personnel, or payment of docking or landing fees, conducted with U.S. persons or in U.S. dollars, are prohibited.” (The sanctions also apply to Usmanov’s private jet, reportedly one of Russia’s largest privately-owned aircraft.)

A total of 9 yachts reportedly under Western detainment of sorts

According to Bloomberg, the Sechin’s yacht was confiscated “as it was preparing an urgent departure.”

Finley added three more yachts to the tally on Thursday, bringing the total up to nine that have been seized since the invasion began. She reports a boat called the Lady Anastasia — linked to Russian businessman Alexander Mikheev — has been detained after a Ukrainian crew member reportedly tried to sink it. She also says a boat called the Royal Romance — linked to Putin pal Viktor Medvedchuk — has been detained in Croatia.

A superyacht called the Crescent — the second boat linked to Igor Sechin — has been detained and Reuters photos show it docked in Spain.

“Congratulations, Igor!” Finley tweeted after a second asset of Sechin’s was apparently seized by the West.