The Paul Ryan Story:
From Flimflam to Fascism 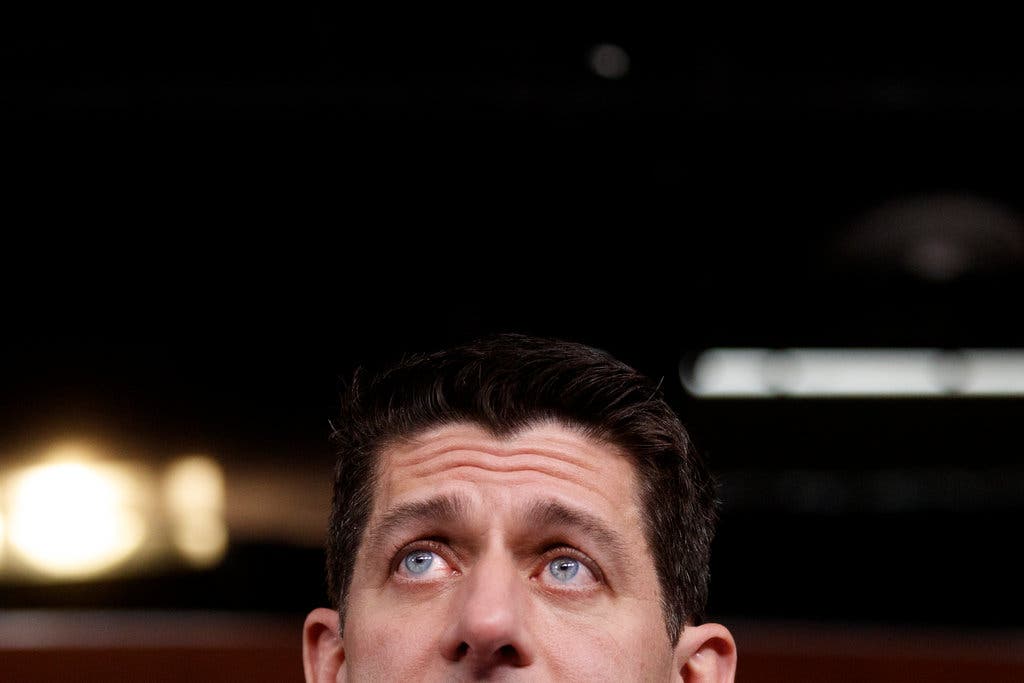 Why did Paul Ryan choose not to run for re-election? What will be the consequences? Your guess is as good as mine — literally. I can speculate based on what I read in the papers, but so can you.

On the other hand, I do have some insight into how Ryan — who has always been an obvious con man, to anyone willing to see — came to become speaker of the House. And that’s a story that reflects badly not just on Ryan himself, not just on his party, but also on self-proclaimed centrists and the news media, who boosted his career through their malfeasance. Furthermore, the forces that brought Ryan to a position of power are the same forces that have brought America to the edge of a constitutional crisis.

About Ryan: Incredibly, I’m seeing some news reports about his exit that portray him as a serious policy wonk and fiscal hawk who, sadly, found himself unable to fulfill his mission in the Trump era. Unbelievable.

Look, the single animating principle of everything Ryan did and proposed was to comfort the comfortable while afflicting the afflicted. Can anyone name a single instance in which his supposed concern about the deficit made him willing to impose any burden on the wealthy, in which his supposed compassion made him willing to improve the lives of the poor? Remember, he voted against the Simpson-Bowles debt commission proposal not because of its real flaws, but because it would raise taxes and fail to repeal Obamacare.

And his “deficit reduction” proposals were always frauds. The revenue loss from tax cuts always exceeded any explicit spending cuts, so the pretense of fiscal responsibility came entirely from “magic asterisks”: extra revenue from closing unspecified loopholes, reduced spending from cutting unspecified programs. I called him a flimflam man back in 2010, and nothing he has done since has called that judgment into question.

So how did such an obvious con artist get a reputation for seriousness and fiscal probity? Basically, he was the beneficiary of ideological affirmative action.

Even now, in this age of Trump, there are a substantial number of opinion leaders — especially, but not only, in the news media — whose careers, whose professional brands, rest on the notion that they stand above the political fray. For such people, asserting that both sides have a point, that there are serious, honest people on both left and right, practically defines their identity.

Yet the reality of 21st-century U.S. politics is one of asymmetric polarization in many dimensions. One of these dimensions is intellectual: While there are some serious, honest conservative thinkers, they have no influence on the modern Republican Party. What’s a centrist to do?

The answer, all too often, has involved what we might call motivated gullibility. Centrists who couldn’t find real examples of serious, honest conservatives lavished praise on politicians who played that role on TV. Paul Ryan wasn’t actually very good at faking it; true fiscal experts ridiculed his “mystery meat” budgets. But never mind: The narrative required that the character Ryan played exist, so everyone pretended that he was the genuine article.

Which brings us to the role of the congressional G.O.P. and Ryan in particular in the Trump era.

Some commentators seem surprised at the way men who talked nonstop about fiscal probity under Barack Obama cheerfully supported tax cuts that will explode the deficit under Trump. They also seem shocked at the apparent indifference of Ryan and his colleagues to Trump’s corruption and contempt for the rule of law. What happened to their principles?

The answer, of course, is that the principles they claimed to have never had anything to do with their actual goals. In particular, Republicans haven’t abandoned their concerns about budget deficits, because they never cared about deficits; they only faked concern as an excuse to cut social programs.

And if you ask why Ryan never took a stand against Trumpian corruption, why he never showed any concern about Trump’s authoritarian tendencies, what ever made you think he would take such a stand? Again, if you look at Ryan’s actions, not the character he played to gullible audiences, he has never shown himself willing to sacrifice anything he wants — not one dime — on behalf of his professed principles. Why on earth would you expect him to stick his neck out to defend the rule of law?

So now Ryan is leaving. Good riddance. But hold the celebrations: If he was no better than the rest of his party, he was also no worse. It’s possible that his successor as speaker will show more backbone than he has — but only if that successor is, well, a Democrat.