The Newest Weapons Against Unions Are Employees

U-Haul workers sent a flood of letters seeking to reverse an Obama-era rule. Most used very similar language, in part because the company wrote it for them.

Thomas Neill wrote the government a letter Jan. 23 asking that it reverse an Obama-era rule that could make it easier for unions to win workplace elections. “Repeal the current rules; reinstate the prior rules; revise the election process in a way that brings them up to date in a sensible, fair manner,” he wrote. So did Brian Picanco, Paul Smedberg, Zane Rowland and Jim Smith.

On the same day. Using exactly the same words.

The men, along with dozens of other people working for U-Haul, the self-storage company, seem to have taken an outsized role in the debate over whether the Trump administration should revisit the rule. They’ve been doing this by flooding the National Labor Relations Board with very similar comments. While at least one employee said workers got together on their own, labor experts contend that the campaign has all the hallmarks of a company-influenced effort. U-Haul agreed, saying that while it didn’t compel workers to take part, it did provide the language for them to use.

Over the past few months, the NLRB received at least 100 similarly worded submissions urging it to throw out the policy that shortens the time between when some employees decide to unionize and when a vote is held. More than 60—roughly one out of every 25 comments submitted so far—used names matching people who work at the self-storage and rental giant, according to a review of LinkedIn pages and recent company announcements. More than a dozen additional comments appear to come from people who worked for the company in the past.

The U-Haul staffers ranged from a clerk for one of its local marketing units to a vice president for government relations, Joseph Cook. (Cook and the five men above didn’t respond to requests for comment.) Another submission was by Sam Shoen, who shares the surname of Joe Shoen, chairman of U-Haul’s parent, Reno, Nevada-based Amerco. The company said two people named Sam Shoen have been associated with U-Haul, one a former official and son of the founder, who said the submission wasn’t his. The other Sam Shoen is a manager who currently oversees one of the company’s storage components and couldn’t be reached for comment. Also among the commenters was Assistant General Counsel Michelle Walters, whose LinkedIn biography says her work for U-Haul includes “union avoidance/positive labor relations.” Walters couldn’t be reached for comment, but company spokesman Sebastien Reyes said in a March 30 response to a request for comment that she drafted the language used by U-Haul employees in their letters to the NLRB .

“We encouraged them to submit comments, and we circulated sample language,” Reyes wrote. “Individuals decided whether to submit a sample comment, write their comment or elect not to submit comments at all.” He confirmed that the people identified by Bloomberg in a review of correspondence sent to the NLRB were in fact U-Haul “team members.” 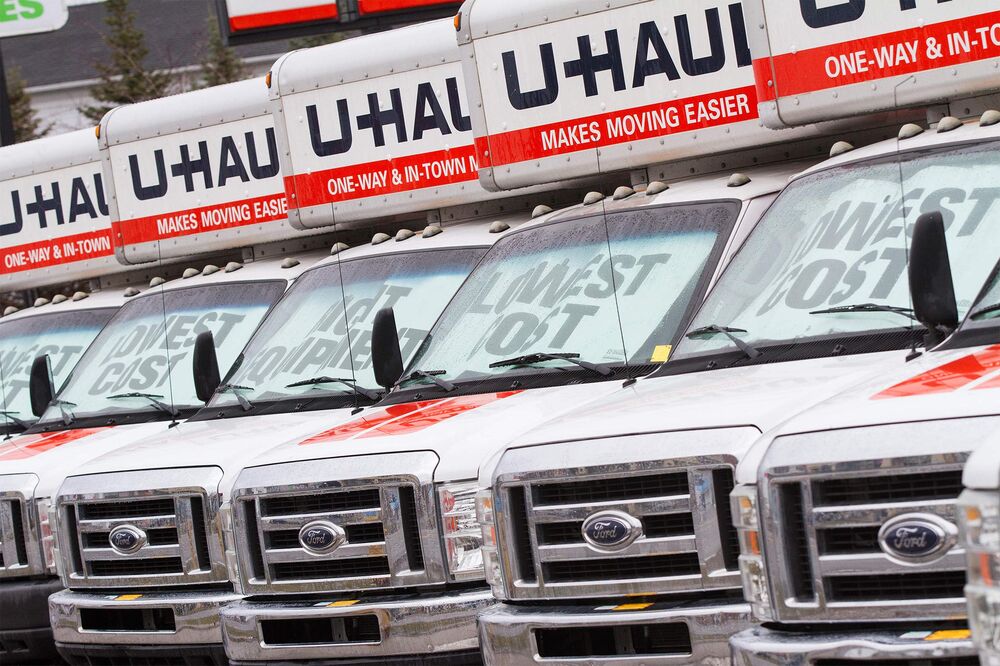 Founded in 1945, U-Haul claims thousands of locations across the U.S. and Canada. In February, Joe Shoen announced bonuses of more than $23.6 million for almost 29,000 employees, telling them it was thanks to the Republican tax overhaul signed by President Donald Trump.

The company has a history of disdain toward organized labor. An alert for U-Haul managers posted on the company’s human resources website (and since removed) emphasized the need to “harden our workplace against possible organizing” and mount a preemptive anti-union campaign that “begins now and lasts every single day.” The document, referring to an earlier legislative proposal, urged managers to participate in company “union avoidance” classes and instructed that the “preservation of our system members’ right to work in a union-free environment is management’s responsibility.” Staff, if treated well, “will keep the union bums out,” it said. (Reyes, the company spokesman, confirmed the document was an internal memorandum representing the company’s stance on organized labor, but added that it was taken down because it was mistakenly made public.)

After employees at two repair facilities voted 2-to-1 to unionize in 2003, the U-Haul Co. of Nevada shut down one of them, terminated 49 employees and allegedly refused to collectively bargain, arguing that the union election had been tainted by misconduct. A federal appeals court ruled against the company in 2007, and in 2008 the company agreed to pay $2.1 million to employees who the International Association of Machinists and Aerospace Workers alleged had been illegally terminated for supporting the union. The company didn’t admit any wrongdoing as part of the agreement.

But the workers declined to return to work there, and the IAM abandoned its efforts to secure a union contract, according to David Rosenfeld, an attorney for the union. “They were extremely vicious,” he said of the company. Of the employees, he added: “Nobody’s tried since then to organize them, as far as I know.” Reyes denied the 2003 firings were related to the union vote, declining further comment on the case or its aftermath.

“Companies are increasingly using their workers to change elections and public policy.”

The recent U-Haul employee comments to the NLRB come in response to a December invitation by the Republican-majority labor board. It seeks input on whether to amend or rescind the 2014 rule change by the Obama administration. The provisions included shortening the time between when workers petition for a vote on unionization and when the vote happens, leaving less time for companies to urge workers to stay union-free. The comments from people associated with U-Haul each urged more stringent rules, including a minimum “campaign period” of at least 40 days before a union vote. On March 14, the NLRB announced that it was pushing back the deadline for submitting comments, which had already been extended, to April 18.

The volume and similarity of comments raise questions as to whether there was a coordinated effort, said Paul Secunda, who directs the labor and employment law program at Marquette University. “These U-Haul employee comments to the NLRB smack of employee mobilization by the company itself,” he said, though encouraging employees to comment on proposed rulemaking is perfectly legal.

That companies urge employees to take part in campaigns for or against government regulations isn’t novel, but the tactic has enjoyed a renaissance of late. Employers and the business lobby have recently urged workers to fight various corporate taxes and support the recent tax legislation. Alexander Hertel-Fernandez, a political scientist at Columbia University who just wrote a book on the topic, recounted how a lobbyist bragged of helping a financial company get 100,000 letters opposing the fiduciary rule—the now-endangered conflict-of-interest regulation for financial advisers. Hertel-Fernandez said a telecommunications company interested in shaping a different debate established an internet portal for workers, providing letter templates they could tweak before sending.

“Companies are increasingly using their workers to change elections and public policy. This has become a key part of companies’ political arsenals,” Hertel-Fernandez said in an interview. “Workers who are most fearful of losing their jobs, or of retaliation from their employers, are most likely to respond to political requests made of them by their employers.”

When AT&T Inc. was fighting proposed net neutrality rules in 2009, its senior vice president for external and legislative affairs reportedly sent employees talking points to use in emails to the Federal Communications Commission, encouraging them to send messages from their personal email accounts. AT&T declined to comment.

There have been other alleged efforts to game the public comment system, both in and out of government, that have gone beyond coordinating employee letters. In December, the Wall Street Journal reported that it had identified comments submitted to five agencies that were posted under the names of people who hadn’t consented. Some of those comments were sent to the Labor Department, professing opposition to the fiduciary rule. Last month, environmental groups cried foul over a Trump administration memo summarizing public comments on its reassessment of an Obama-era sage grouse conservation plan, which advocates say omitted almost 100,000 comments.