The Mueller Bombshell Proves Republicans Are Running Out of Time

History will not be kind to Paul Ryan, Mitch McConnell, and others who stand by idly. 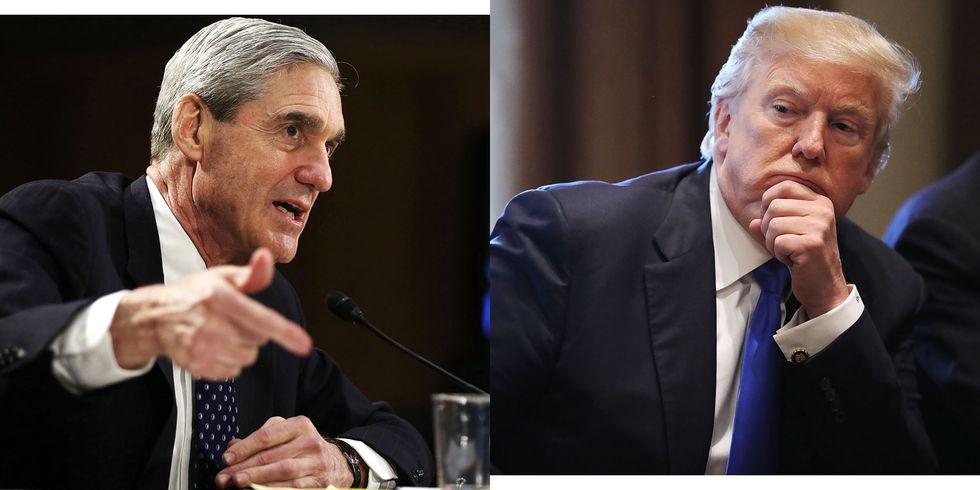 It came with the wind through the silence of the night, a long, deep mutter, then a rising howl, and then the sad moan in which it died away. Again and again it sounded, the whole air throbbing with it, strident, wild and menacing.

—Sir Arthur Conan Doyle, The Hound of the Baskervilles, 1902.

So, if I read the state of play correctly, special counsel Robert Mueller is investigating the president* and the president*’s administration* for obstruction of justice, and Mueller has been running this investigation for seven months knowing that the president* came within an ace of firing him last June for the purposes of, ah, obstructing justice. He’s had this information in his back pocket every time a member of the administration* came before him under oath. I’ve never been a criminal defendant charged with obstruction of justice, but this seems to me to be a bad situation for an obstructor of justice to be in.

The major scoop in The New York Times that has shaken up the world can be read in a number of different ways that all lead to the same conclusion. Right from jump, the president* has been scared right down to his silk boxers of what Mueller would discover regarding his campaign’s connections to Russian ratfcking and regarding his business connections to freshly laundered Russian cash. This conclusion does not change even if you think that White House counsel Don McGahn leaked this story to make himself the hero or to cover his own ass. This conclusion does not change even if you think the ratlines off the listing hulk of this administration are thick with fleeing rodents. This whole thing remains a product of the president*’s guilty mind.

Trump speaks to reporters at Davos.

(And the story did shake up the world. The president* went before a gathering in Davos on Friday and began raving about “fake news” and the perfidy of the American media. He got booed. Many cats were called. No shoes were thrown, but George W. Bush set a pretty high bar there.)

The story does explain the curious frenzy over the last week: the president*’s saying that he’s “looking forward” to a chat with Mueller, and that he might even deign to have the chat under oath; the apparent rush to present the Congress with a half-baked “compromise plan” on immigration that has no chance of passing the House of Representatives; and the fact that the president* took every member of his inner circle except his wife to Switzerland. I suspect those folks heard the baying of the hound even before Michael Schmidt and Maggie Haberman did. More ominous is the possibility that McGahn—or whomever—leaked this story because the president* is thinking about firing Mueller now, or in the near future, and whoever the leaker was understands very well what a monumental calamity that would be for all concerned.

You would think that we would see the wheels turning now. You would think that Paul Ryan and Mitch McConnell would find some slivers of patriotism between the cushions of their sofas and step up to fulfill the constitutional obligations of their respective offices. There is a genuine crisis on their doorsteps right now, and, next week, the president* is supposed to give his State of the Union address, and god alone knows what he’s going to say. They have not moved. They have given no indication that they will move. History will brand them as cowards and as traitors to the country’s best ideals. History’s not going to be kind to a lot of people who are living through these insane times.