MOSCOW (Reuters) – Russian opposition leader Alexei Navalny was barred on Monday from running in next year’s presidential election after officials ruled he was ineligible to take part due to a suspended prison sentence he says was trumped up.

The decision by the central election commission was widely expected as election officials had repeatedly declared Navalny would be ineligible to run. Twelve members of the 13-member commission voted to bar Navalny. One member abstained, citing a possible conflict of interest.

Navalny, 41, who polls show would struggle to beat incumbent Vladimir Putin in the March election, said he would appeal and called on his supporters to boycott the election and campaign against it being held.

“We knew this could happen, and so we have a straight-forward, clear plan,” Navalny said in a pre-recorded video released immediately after the decision.

“We announce a boycott of the election. The process in which we are called to participate is not a real election. It will feature only Putin and the candidates which he has personally selected.”

Navalny said he would use his campaign headquarters across Russia to support the boycott and monitor turnout on voting day, March 18.

Polls show Putin, 65, who has dominated Russia’s political landscape for the last 17 years, is on course to be comfortably re-elected, making him eligible to serve another six years until 2024, when he turns 72.

Allies laud Putin as a father-of-the-nation figure who has restored national pride and expanded Moscow’s global clout with interventions in Syria and Ukraine.

Navalny says Putin’s support is exaggerated and artificially maintained by a biased state media and an unfair system. He says he could defeat him in a fair election, an assertion Putin’s supporters have said is laughable.

‘DO THE RIGHT THING’ 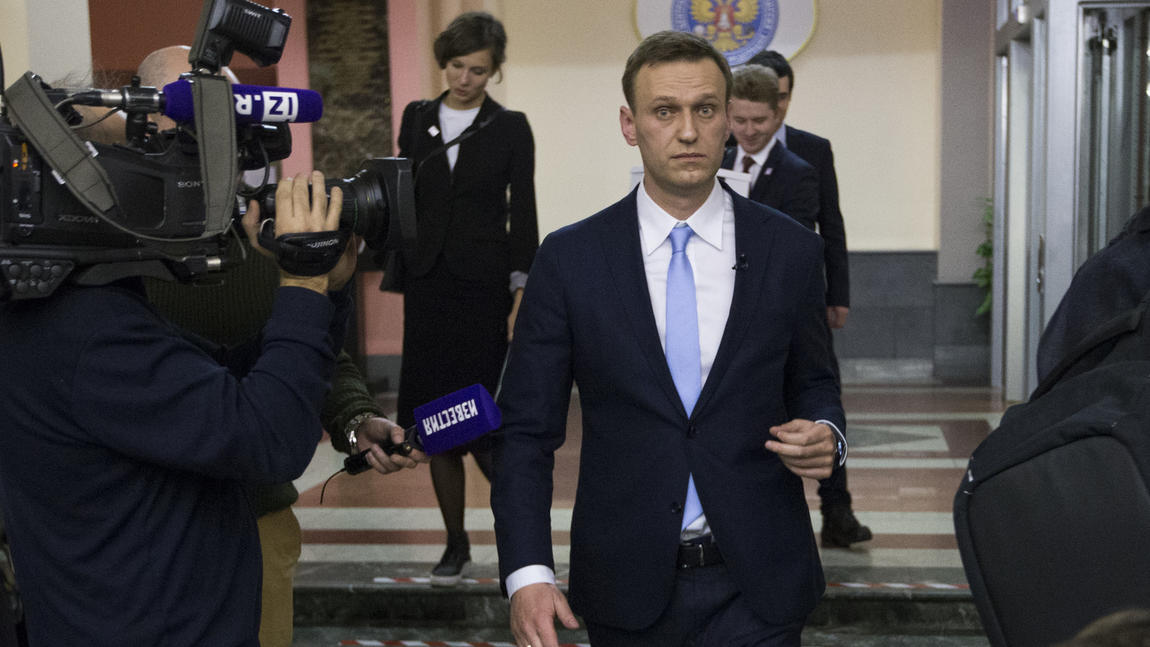 Russian opposition leader Alexei Navalny speaks to the media after submitting his documents to be registered as a presidential candidate at the Central Election Commission in Moscow, Russia December 24, 2017. REUTERS/Tatyana Makeyeva

Before the commission voted, Navalny, dressed in a dark suit, had demanded he be allowed to take part in the election delivering a speech that angered election officials.

In one heated exchange, he said Russian voters’ faith in the system hung in the balance.

“If you do not allow me to run, you are taking a decision against millions of people who are demanding that Navalny take part,” he said, referring to himself in the first person.

“You are not robots, you are living, breathing human beings you are an independent body … for once in your lives, do the right thing,” he said.

His supporters clapped him, but officials were unmoved.

Boris Ebzeev, one of the officials, said: “We’re talking about the law and abiding by the law.”

Ebzeev said there could not be “the slightest doubt” that Navalny was ineligible to run, a reference to Russia’s constitution that bars him running because of his suspended sentence relating to an embezzlement case.

Navalny has repeatedly denied any wrongdoing, and says the case is politically motivated.

There had been some speculation prior to the decision among the opposition that Navalny might be allowed to run in order to inject more interest into what looks like a predictable contest amid Kremlin fears that apathetic voters might not bother to vote.

Navalny has been jailed three times this year and charged with breaking the law by repeatedly organizing public meetings and rallies.