(Reuters) – Russia’s two most senior lawmakers on Sunday addressed a string of complaints about Russia’s mobilisation drive, ordering regional officials to get a handle on the situation and swiftly solve the “excesses” that have stoked public anger.

Multiple reports have also documented how people with no military service have been issued draft papers – contrary to Defence Minister Sergei Shoigu’s guarantee that only those with special military skills or combat experience would be called up – prompting even ultra-loyal pro-Kremlin figures to publicly express concern.

Valentina Matviyenko, the chairwoman of Russia’s upper house, the Federation Council, said she was aware of reports of men who should be ineligible for the draft being called up. 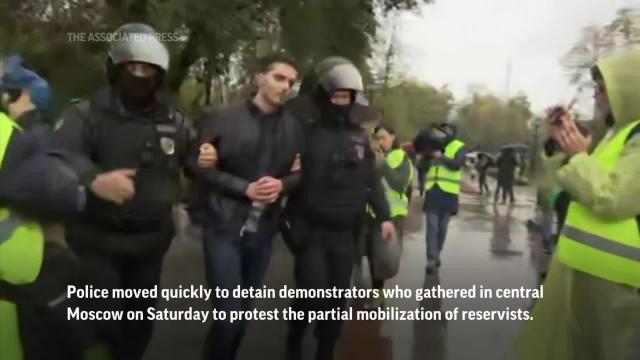 “Such excesses are absolutely unacceptable. And, I consider it absolutely right that they are triggering a sharp reaction in society,” she said in a post on the Telegram messaging app.

In a direct message to Russia’s regional governors – who she said had “full responsibility” for implementing the call-up – she wrote: “Ensure the implementation of partial mobilisation is carried out in full and absolute compliance with the outlined criteria. Without a single mistake.”

“Complaints are being received,” he said.

“If a mistake is made, it is necessary to correct it … Authorities at every level should understand their responsibilities.”

Officials say 300,000 more Russians will called up to serve in the mobilisation campaign. The Kremlin has twice denied it actually plans to draft more than one million, following two separate reports in independent Russian media outlets.

Rights groups saying more than 2,000 have been detained at rallies against mobilization in dozens of cities so far this week, with more protests already having been recorded on Sunday in Russia’s Far East and Siberia.