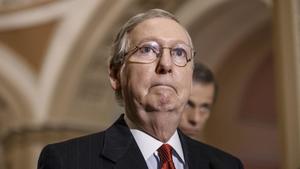 John F. Kennedy wrote a book called “Profiles in Courage,” a story about eight senators who were the personification of integrity and heroic behavior, the likes of Sens. Daniel Webster, Robert Taft and John Quincy Adams. They stood for principles, risking their futures.

Where are such men today among the Republicans in the Senate or the House of Representatives? Oh, sure, there are Sen. Jeff Flake of Arizona and Sen. Bob Corker of Tennessee.

Neither is running for re-election.

Sens. John McCain and Lindsey Graham and Ben Sasse have stuck a few oppositional toes in tepid waters. Not exactly an all-out attack to stop President Donald Trump, even though most senators dislike everything about the president and most of what he stands for. But the senators have built personal moats so that nobody can cross them and thereby ensure they will retain their seats. The easiest way for them to do that is to support the president and avoid his rancor, which would bring threats of primaries against them and launch his 40 percent to dislodge them — not to mention being tagged with scurrilous nicknames.

And what of the pied pipers who lead the House and Senate? Senate Majority Leader Mitch McConnell is of the never-say-a-bad-word school. And House Speaker Paul Ryan should have followed his original instincts to not take the job instead of showing the spinelessness that has destroyed his career.

Isn’t it time that these so-called representatives of the people who have gone into hiding acknowledge that the emperor has no clothes? Who’s going to go first?