(Reuters) – In Vermont, lawmakers are considering bills to make it easier to prosecute people who threaten election officials. In Maine, proposed legislation would stiffen penalties for such intimidation. In Washington, state senators voted this month to make threatening election workers a felony.

The measures follow a Reuters series of investigative reports documenting a nationwide wave of threats and harassment against election administrators by Donald Trump supporters who embrace the former president’s false voting-fraud claims. Sponsors and supporters of the legislation in all three states cited Reuters reporting as an impetus for proposing tougher enforcement.

In Maine, a bill authored by Democratic state Representative Bruce White would enhance penalties for anyone who “intentionally interferes by force, violence or intimidation” with election administration. Secretary of State Shenna Bellows cited the Reuters reporting in testimony supporting the bill.

“This is unacceptable,” she said, noting that two municipal clerks in Maine were threatened with violence. 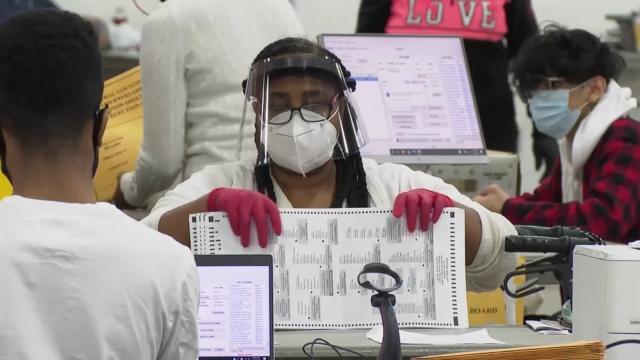 Chad Christopher Stark was arrested and charged for allegedly posting death threats toward election and government officials in Georgia.

In all, Reuters documented more than 850 threats and hostile messages https://graphics.reuters.com/USA-ELECTION/THREATS/mopanwmlkva to U.S. election officials and workers. Nearly all the communications echoed Trump’s baseless claims that he lost the 2020 election because of fraud. More than 100 of the threats could meet the federal threshold for criminal prosecution, according to law professors and attorneys who reviewed them.

In Vermont, menacing voicemails to Secretary of State Jim Condos and his staff – and a decision by police and prosecutors not to seek charges – spurred lawmakers to reconsider state laws that enshrine some of America’s oldest and strongest free-speech protections. Two measures introduced this month would make it easier to charge suspects for criminal threats and toughen penalties when they target public officials.

An unidentified man left a first round of hostile messages for Condos’ office shortly after the 2020 election. Then, last fall, the same man left voicemails threatening Condos and his staff, along with two Reuters journalists who had interviewed the man about his earlier threats.

“Justice is coming,” the man warned in an October message. “All you dirty c‑‑‑suckers are about to get f‑‑‑ing popped. I f‑‑‑ing guarantee it.”

Condos said in an interview that he expected the threatener would face no consequences under state law. Police and prosecutors already had reviewed the caller’s earlier messages and decided they were protected speech.

Frustrated, Condos wrote to a half-dozen lawmakers, urging them to consider legislation to align state law more closely with federal statutes and to set a clearer standard for prosecution.

“These voicemails do cross the line,” Condos wrote in an October 27 email to lawmakers, which was reviewed by Reuters.

Federal officials considered the threats serious enough to investigate. After Reuters asked Vermont officials about the October threat, the Federal Bureau of Investigation began an inquiry into the matter, according to two local law enforcement officials.

Condos said the email reflected his concern that the intimidation could escalate to violence. “It also was recognizing the world we are in,” he said, “and understanding we had to do something.”

Public calls for stronger legislation in Vermont emerged after Reuters published the October threats in a Nov. 9 story https://www.reuters.com/investigates/special-report/usa-election-threats along with details of the caller’s earlier messages. State authorities declined to pursue the case, saying the anonymous calls amounted to protected speech and were “essentially untraceable.” Reuters journalists, however, were able to contact and interview the man, who admitted to making the threats but declined to identify himself. He said he believed he had done nothing wrong.

The week after the Reuters report, Vermont Governor Phil Scott, a Republican, and state Senator Richard Sears, a Democrat, told reporters https://www.benningtonbanner.com/local-news/scott-will-consider-legislation-to-protect-election-workers/article_a4f7a134-4672-11ec-b04c-67156aea69cf.html that they would consider changes to state laws governing criminal threats.

Newspaper editorials also urged new legislation. “This case makes it clear that Vermont law needs to change,” the Manchester Journal said in a Nov. 11 editorial https://www.manchesterjournal.com/opinion/editorials/our-opinion-protecting-election-workers-protects-the-democracy/article_0d50e134-7aad-5c63-a00a-979ec69a4b6a.html, referring to the threats reported by Reuters against Condos and his staff.

The bills in Vermont and other states wouldn’t alter the free-speech protections guaranteed under the U.S. Constitution to all Americans. Advocates for the Vermont legislation say the intent is to bring state laws in line with federal standards, which make it easier to prosecute threats of violence.

The Vermont bills would sharpen the definition of a criminal threat and remove several hurdles to prosecution, including a requirement that a threat must target a specific individual and an additional burden of proving the suspect has the means and ability to carry out any threatened violence. Another measure would impose stiffer sentences for threats to public officials.

“This is about not tying our hands” with statutes that are “too narrow or unduly restrictive,” says Rory Thibault, a state’s attorney who advised lawmakers in crafting the legislation.

Striking that balance is delicate in Vermont, which codified its expansive free-speech protections nearly 250 years ago, more than a decade before the U.S. Constitution.

In 1777, the independent Vermont Republic enacted a constitution that guaranteed “a right to freedom of speech, and of writing and publishing their sentiments” – language that remains in the state’s constitution today. In 1798, one of the state’s first members of Congress, Matthew Lyon, was re-elected while jailed under the Sedition Act for criticism of President John Adams, whom Lyon had described as having “an unbounded thirst for ridiculous pomp.”

When state lawmakers tried several years ago to make it easier to prosecute criminal threats, the legislation died amid concerns that it might infringe on speech rights. But Vermont, like much of America, has wrestled recently with violent anti-government sentiment, white nationalism and political extremism, straining its free-speech tradition.

In 2018, Vermont’s Supreme Court overturned the conviction of a Ku Klux Klan member on two counts of disturbing the peace. The defendant had placed pro-Klan flyers on the cars of two women, one Black and one Hispanic. The court ruled the flyers constituted protected speech under Vermont law.

Last year, the town of Bennington paid $137,500 to a Black state legislator and apologized publicly for a police failure to sufficiently respond to racial harassment against her by a self-described white nationalist. The legislator, Kiah Morris, resigned in 2018.

So far, the criminal-threats legislation has not drawn significant public opposition, although proponents expect that might change once hearings begin. The American Civil Liberties Union of Vermont said it is monitoring the bills but has not taken a position.

Sears, who is also Judiciary Committee Chairman, plans hearings on the legislation this month. Passing the legislation wouldn’t ensure that people threatening public officials will go to jail, said Sears, who sponsored one of the bills. “But we know that if we don’t make these changes, there’s no chance anything will happen.”