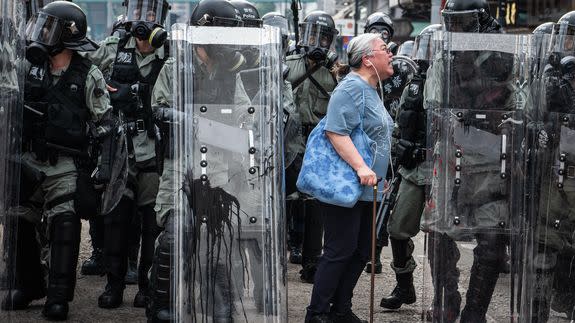 A powerful image of an elderly woman trying to stop the Hong Kong protests has gone viral after photographer Laurel Chor posted her picture on Twitter.

Chor posted the picture in response to reporter Joshua Long’s video of the same woman asking riot police not to shoot the young protesters. Her image only added to the growing mythos of the woman in the blue shirt who really, really wanted the cops to behave themselves.

Laurel Chor described the woman as “furious and fearless.”

These recent protests in Hong Kong specifically came about after 45 people were injured in a mob attack on a subway station in Yuen Long on the border between Hong Kong and mainland China. During that attack on July 24, men in masks attacked civilians, many of whom were returning home from participating in the anti-extradition protests that have rocked Hong Kong since March.

After that attack, protesters shored up in the Yuen Long subway and have been struggling against riot police all week, with the police often resorting to violence and injury to remove protesters from the station. The woman in Laurel Chor’s picture appears to be angrily appealing to the police, telling them not to fire rubber bullets or harm any of the protesters.

Neither Chor nor any of the other reporters who captured footage of this brave woman got the opportunity to talk to her, or even to ask why she defended the youth of Hong Kong so passionately, but the picture of this badass alleged grandma getting all up in the cops’ faces has renewed some peoples’ faith in an older generation.

May Yuen Long grandma remain as furious and fierce as she needs to be. 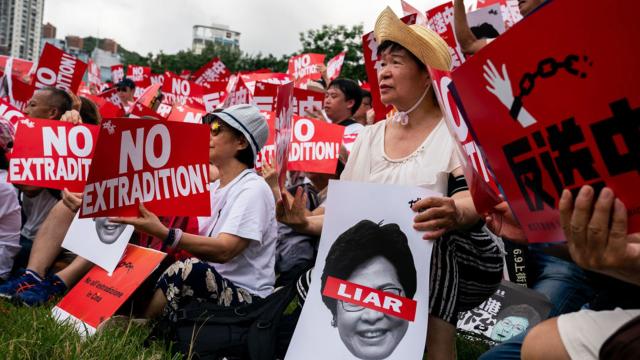