Panel: Archives still not certain it has all Trump records

WASHINGTON (AP) — The National Archives is still not certain that it has custody of all Donald Trump’s presidential records even after the FBI search of his Mar-a-Lago club, a congressional committee said in a letter Tuesday.

The House Committee on Oversight and Reform revealed that staff at the Archives on an Aug. 24 call could not provide assurances that they have all of Trump’s presidential records. The committee in the letter asked the Archives to conduct an assessment of whether any Trump records remain unaccounted for and potentially in his possession.

“In light of revelations that Mr. Trump’s representatives misled investigators about his continued possession of government property and that material found at his club included dozens of ‘empty folders’ for classified material, I am deeply concerned that sensitive presidential records may remain out of the control and custody of the U.S. Government,” Rep. Carolyn Maloney, D-N.Y., the chairwoman of the Oversight Committee, wrote in the letter.

The House committee has jurisdiction over the Presidential Records Act, a 1978 law that requires the preservation of White House documents as property of the U.S. government. The request is the latest development in a months long back-and-forth between the agency and the committee, which has been investigating Trump’s handling of records. 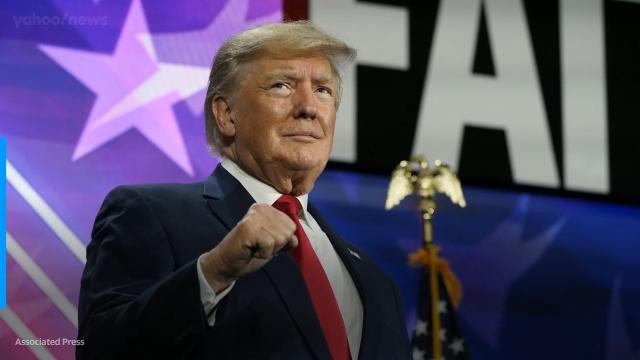 Donald Trump asked for all documents taken from his Mar-a-Lago home to be returned so that he can give the files to the National Archives and Records Administration, while also claiming they will be needed again later for his presidential library.

The request also comes weeks after the FBI recovered more than 100 documents with classified markings and even more than 10,000 other government documents from Trump’s Mar-a-Lago estate. The search came after lawyers for Trump provided a sworn certification that all government records had been returned.

Maloney and other Democratic lawmakers on the panel have been seeking a briefing from the National Archives, but haven’t received one due to the Justice Department’s ongoing criminal investigation into the matter.

But the letter notes a call between Archives staff and the committee on Aug. 24, where lawmakers were informed that documents could still be missing.

As a result, Maloney wrote, the committee is asking the agency to conduct an “urgent review” of all of the government records that have been recorded from the Trump White House to determine whether any additional records remain unaccounted for and potentially in the possession of the former president.

In addition, the committee also asked for the Archives to get a personal certification from Trump “that he has surrendered all presidential records that he illegally removed from the White House after leaving office.”

The committee is asking the Archives to provide an initial assessment of this review by Sept. 27.