Killing the mandate doesn’t gut the healthcare act. Most likely, it will muddle along, because the rest of it is broadly popular. 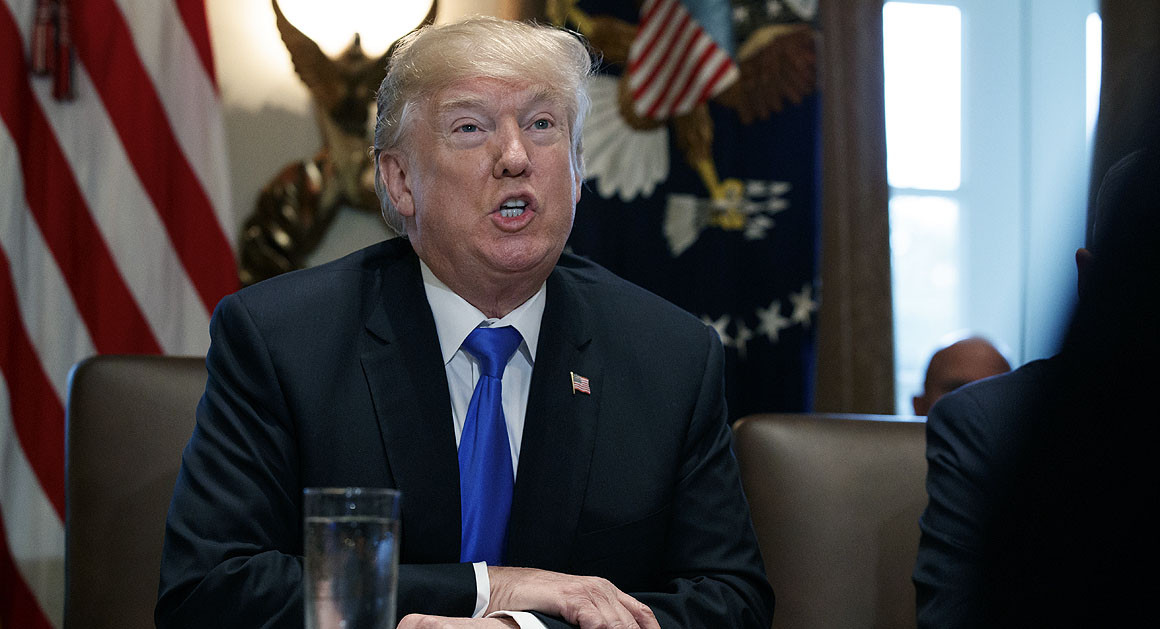 In July and again in September, Republicans narrowly failed to repeal the Affordable Care Act. But their newly passed tax legislation included a provision getting rid of Obamacare’s mandate requiring Americans to buy insurance, and President Donald Trump immediately declared victory in the partisan health care wars. “When the individual mandate is being repealed, that means Obamacare is being repealed,” he crowed at a Cabinet meeting on Wednesday. “We have essentially repealed Obamacare.”

Well, no. The individual mandate is only part of Obamacare. It wasn’t even included in the original health care plan that Barack Obama unveiled during the 2008 campaign. The mandate did become an important element of Obamacare, and the only specific element that a majority of the public opposed. But the more generous elements of the program—like a major expansion of Medicaid, significant government subsidies for private insurance premiums, and strict protections for pre-existing conditions—are still popular, and still the law of the land.

“The death of Obamacare has been exaggerated,” says Larry Levitt, who oversees health reform studies at the Kaiser Family Foundation. “Eliminating the mandate creates uncertainty, but all the benefits for people remain in place.”

The Republican ecstasy and Democratic gloom over the death of the mandate reflects the most consistent misperception over the seven-plus years of Affordable Care Act debates, the incorrect assumption that the “Obamacare exchanges,” where Americans can buy private insurance, are synonymous with Obamacare. The vast majority of Americans who get their coverage through Medicare, Medicaid or their employers shouldn’t be affected. Yes, killing the mandate could cause problems for the remaining 6 percent of Americans who have to buy insurance on the open market, but nearly half will remain eligible for subsidies that would insulate them from any premium hikes.

Repealing the tax penalties for Americans who don’t buy insurance would not repeal Obamacare’s perks for Americans who do—like the ban on annual and lifetime caps that insurers previously used to cut off coverage for their sickest customers, or the provision allowing parents to keep their children on their plans until they turn 26. And it would not repeal Obamacare’s “delivery reforms” that are quietly transforming the financial incentives in the medical system, gradually shifting reimbursements to reward the quality rather than quantity of care. The growth of U.S. health care costs has slowed dramatically since the launch of Obamacare, and the elimination of the mandate should not significantly affect that trend.

In fact, during the 2008 campaign, Obama was the only Democratic candidate whose health plan did not include a mandate, because he was the only Democratic candidate who thought the main problem with health care was its cost. “It’s just too expensive,” he explained at an Iowa event in May 2007. Insurance premiums had almost doubled during the George W. Bush era, and Obama believed that was the reason so many Americans were uninsured. He doubted it would be worth the political heartburn to try to force people to buy insurance they couldn’t afford.

But Obama eventually embraced the argument that a mandate was necessary to ensure that young and healthy Americans bought insurance. The fear was that otherwise, insurance markets dominated by the old and sick (who would enjoy the law’s new protections for pre-existing conditions) would have produced even higher premiums, and might scare insurers away from serving Americans who don’t get coverage through their jobs or the government. Killing the mandate will be a step in that direction, boosting Trump’s heighten-the-contradictions effort to sabotage the functioning of Obamacare to build support for a more sweeping repeal.

That effort has already produced some damaging results for the exchanges. Insurers have increased their premiums for 2018, repeatedly citing uncertainty over Trump’s efforts to blow up Obamacare as well as his decision to cut off promised payments to insurers who cover lower-income families. Several insurers left the exchanges even before the elimination of the mandate, and others could follow.

But the widespread warnings that wide swaths of America would have no insurers on the exchanges were wrong; there are zero “bare counties” with no insurers for 2018. And a Kaiser review found the exchanges have gotten more profitable for insurers this year,despite Trump’s efforts to damage them. This year’s enrollment period appears to have gone fairly well even though the Trump administration shortened it by half and slashed its promotional budget.

The fear is that eliminating the mandate could produce a “death spiral” for the exchanges, where higher premiums scare away healthier customers, leading to even higher premiums and even sicker customers—until eventually, the insurers decide to bail. It could also encourage insurers to try to lure healthier customers with cheaper but skimpier plans that don’t provide protections for pre-existing conditions, since those customers would no longer have to pay a tax penalty.

But it is also possible that younger and healthier customers who initially bought insurance because they were required to do so will now buy insurance because they want to; surveys show that more than 75 five percent of Americans covered on the exchanges are happy with their coverage. And as a political matter, repealing the unpopular mandate could make it even harder for Republicans to pass legislation repealing insurance protections, Medicaid expansions and the rest of Obamacare, because the rest of Obamacare is popular. It’s not surprising that Republicans managed to kill the law’s vegetables, but it won’t be as easy to kill dessert.

Trump thinks congressional Democrats will soon be begging him to come up with a replacement for Obamacare, and even many Republicans who don’t embrace that fantasy believe the demise of the mandate will ratchet up pressure for a permanent solution to a seven-year political war. It could happen. But there hasn’t been a lot of bipartisanship in Washington lately, and after the Doug Jones upset in Alabama, it seems unlikely that a Senate with one fewer Republican will be more amenable to a Republican-only repeal bill.