(CNN)The celebration of a new life together turned to loss when newlyweds died in the Tehran plane crash as they traveled home to Canada.

Arash Pourzarabi and Pouneh Gorji tied the knot on January 1 in Tehran in front of their family and friends, according to CNN news partner CTV News.
A week later, they were two of the souls to lose their lives when a plane crashed in Iran, killing all 176 people on board, including 63 Canadians. The Kiev-bound Ukraine International Airlines flight crashed in Tehran minutes after takeoff. 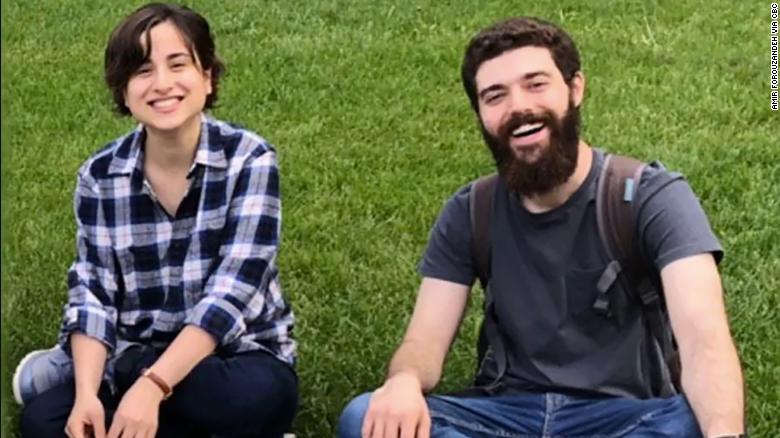 Arash Pourzarabi and Pouneh Gorji
The Victims Wednesday included the  newlyweds, a family of four, a mother and her daughters, “bright students and dedicated faculty members,” Canadian Prime Minister Justin Trudeau said.
“They were basically the kindest souls that I knew,” friend Amir Forouzandeh told CTV News. “Honestly, if you met them even once you could tell that these two belong together for sure.” 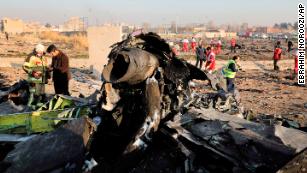 Victims of Iran plane crash hailed from around the world
Pourzarabi and Gorji had traveled to Iran for their wedding, Reza Akbari, president of the Iranian Heritage Society of Edmonton, told CNN news partner CBC.
“It’s devastating and shocking,” Akbari told CBC. “It’s a tragic moment.”
Akbari said the couple and others in the Iranian community are being mourned on the messaging app Telegram, which is popular in Iran. He said he knew at least eight of the victims.
“When you go from top to the bottom, it’s hard to believe — all these wonderful people … these people who really were actually impactful in our community, they’re not among us anymore,” he told CBC. “And in one incident all of them are gone.”
Photos of the bride wearing a white, strapless gown and the groom in a black tuxedo smiling as they walked hand-in-hand flooded the bride’s Facebook page with messages of condolence. They were only in their mid-20s, according to CTV News.
‎Sima Hamzehloo‎ talked about Gorji as an intelligent, talented and polite woman, in a post on the bride’s Facebook page. “Although you wanted to leave for a better life, it was the Middle East that couldn’t leave you my dear,” Hamzehloo wrote. 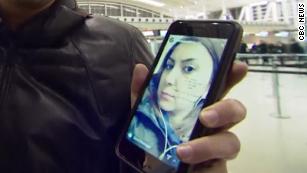 Woman was worried before her plane crashed in Iran, her husband says. She called him 20 minutes before takeoff
Another friend of Gorji’s posted a photo of the pair when they were teenagers competing at a math tournament.
“Time could have get frozen back there, but well it didn’t,” Yasamin Rezaei wrote in a Facebook post.
The University Of Alberta community also is in mourning. Pourzarabi and Gorji were graduate students studying computer science, the school said.
Ten students, faculty and alumni of the school died in the crash, the university said.
“These individuals were integral to the intellectual and social fabric of our university and the broader community,” University of Alberta President and Vice-Chancellor David H. Turpin said in a statement.
“We are grieving for lost colleagues, classmates, teachers, and mentors, as well as loved ones, family, friends, and roommates,” Turpin said. “We will feel their loss — and the aftermath of this tragedy — for many years to come.”