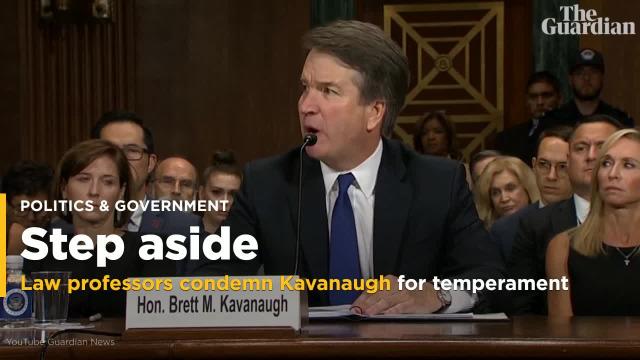 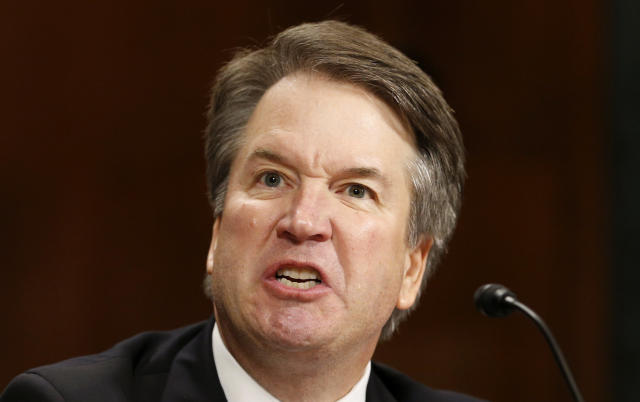 More than 500 law professors from nearly 100 law schools around the nation have signed a letter to the U.S. Senate to say that the volatile temperament Supreme Court nominee Judge Brett Kavanaugh displayed on Thursday as he testified before the Senate Judiciary Committee disqualifies him from sitting on the nation’s highest court.

“We regret that we feel compelled to write to you to provide our views that at the Senate hearings on Thursday, September 27, 2018, the Honorable Brett Kavanaugh displayed a lack of judicial temperament that would be disqualifying for any court, and certainly for elevation to the highest court of this land,” the letter says.

The letter is signed by many high-profile law professors, including eight from Yale Law School, where Kavanaugh obtained his law degree. The letter remains open for additional signatures through Thursday, when it will be presented to the Senate.

The legal experts fault Kavanaugh for failing to remain open to the necessary search for truth after being accused of sexually assaulting a girl when he was a teen and instead becoming “repeatedly aggressive with questioners.” The signees also criticize the judge for indicating that he believes allegations made by professor Christine Blasey Ford and other women are “a calculated and orchestrated political hit” by members of the Democratic Party rather than acknowledging that the Senate must try to understand and investigate the facts surrounding the allegations.

“Instead of trying to sort out with reason and care the allegations that were raised, Judge Kavanaugh responded in an intemperate, inflammatory, and partial manner, as he interrupted and, at times, was discourteous to questioners,” the letter reads. The law professors cite two statutes, governing bias and recusal, that require a judge to step aside if he or she is at risk of being perceived as being unfair.

The FBI is investigating Blasey’s allegation that a drunken, teenaged Kavanaugh pinned her on a bed, groped her and covered her mouth when she tried to scream during a gathering of high school friends. Kavanaugh has denied her allegation, along with allegations of sexual misconduct from two other women. On Friday, Republicans gave the FBI one week to look into these claims.

Senate Majority Leader Mitch McConnell (R-Ky.), who is eager to put Kavanaugh on the court, regardless of the allegations against him, said Tuesday that he’s aiming to hold Kavanaugh’s confirmation vote this week.

“We have differing views about the other qualifications of Judge Kavanaugh,” the professors state in the letter. “But we are united, as professors of law and scholars of judicial institutions, in believing that Judge Kavanaugh did not display the impartiality and judicial temperament requisite to sit on the highest court of our land.”

Another open letter was also made public Tuesday, this one directed at Sen. Susan Collins (R-Maine), signed by more than 800 faculty, administrators and staff at colleges and universities who live and work in Maine, urging her to vote no on Kavanaugh’s nomination. All of the signatories have students and colleagues who are survivors of sexual violence, and many who signed the letter are survivors themselves.

“We are at an historic juncture, and your vote, your words, and your actions as our representative will be a focal part of what happens this week,” the letter to Collins says. “Will you send a message to the tens of millions of American women and men who are victims of sexual violence that their experiences will be met with indifference and even disbelief? Or will you make a choice for the greater good, and send the message that survivors can trust that they will be heard if they have the courage to come forward?”

2 Of Brett Kavanaugh’s Former Classmates Withdraw Support For Him 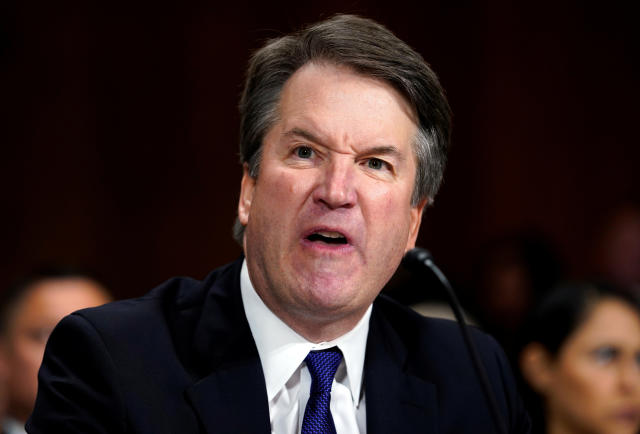 WASHINGTON ― Two former law school classmates of Brett Kavanaugh’s who previously vouched for him wrote to the Senate Judiciary Committee on Tuesday to say they are withdrawing their support for him because of “the nature” of his recent testimony.

“Under the current circumstances, we fear that partisanship has injected itself into Judge Kavanaugh’s candidacy,” Michael J. Proctor and Mark Osler say in a letter to Sens. Chuck Grassley (R-Iowa) and Dianne Feinstein (D-Calif.), the committee’s chairman and ranking member, respectively. “That, and the lack of judicial temperament displayed on September 27 hearing, cause us to withdraw our support.”

Proctor and Osler were among 23 classmates of Kavanaugh’s at Yale Law School who signed a letter in August pledging their support for his confirmation. At the time, they cited his “exemplary judicial temperament” as a reason for their support. But after watching Kavanaugh’s explosive behavior in his confirmation hearing as he addressed the sexual assault allegation against him by Christine Blasey Ford, the two former classmates say they can’t stand by him in his Supreme Court bid.

“The reason for our withdrawal is not the truth or falsity of Dr. Ford’s allegations, which are still being investigated, but rather was the nature of Judge Kavanaugh’s testimony,” they write. “In our view that testimony was partisan, and not judicious, and inconsistent with what we expect from a Justice of the Supreme Court, particularly when dealing with a co-equal branch of government.”

Meanwhile, three of Kavanaugh’s former clerks who had written a letter supporting him told the Senate Judiciary Committee on Monday that they want to clarify that they are “deeply troubled” by the sexual assault allegations against him.

“We write to clarify that, like many Americans, we have been deeply troubled by those allegations and the events surrounding them and were encouraged by the initiation of a formal FBI investigation, which we believe is warranted,” reads a letter signed by Will Dreher, Bridget Fahey and Rakim Brooks. “We hope, for the good of everyone involved, that this investigation will be independent and thorough.”

The FBI is investigating Blasey’s allegations that a drunken, high-school-age Kavanaugh pushed her into a room, pinned her on a bed, groped her and covered her mouth when she tried to scream. He has denied her allegation, along with allegations of sexual misconduct by him from two other women. Republicans gave the FBI one week to look into these claims.

Senate Majority Leader Mitch McConnell (R-Ky.), who is eager to put Kavanaugh on the court, regardless of the allegations against him, said Tuesday that he’s aiming to hold Kavanaugh’s confirmation vote this week.