Michael Cohen is ‘in business’. But just what sort of business is he in?

For a man who was meant to fix problems for Donald Trump, his personal lawyer has left an awful lot of problems unfixed 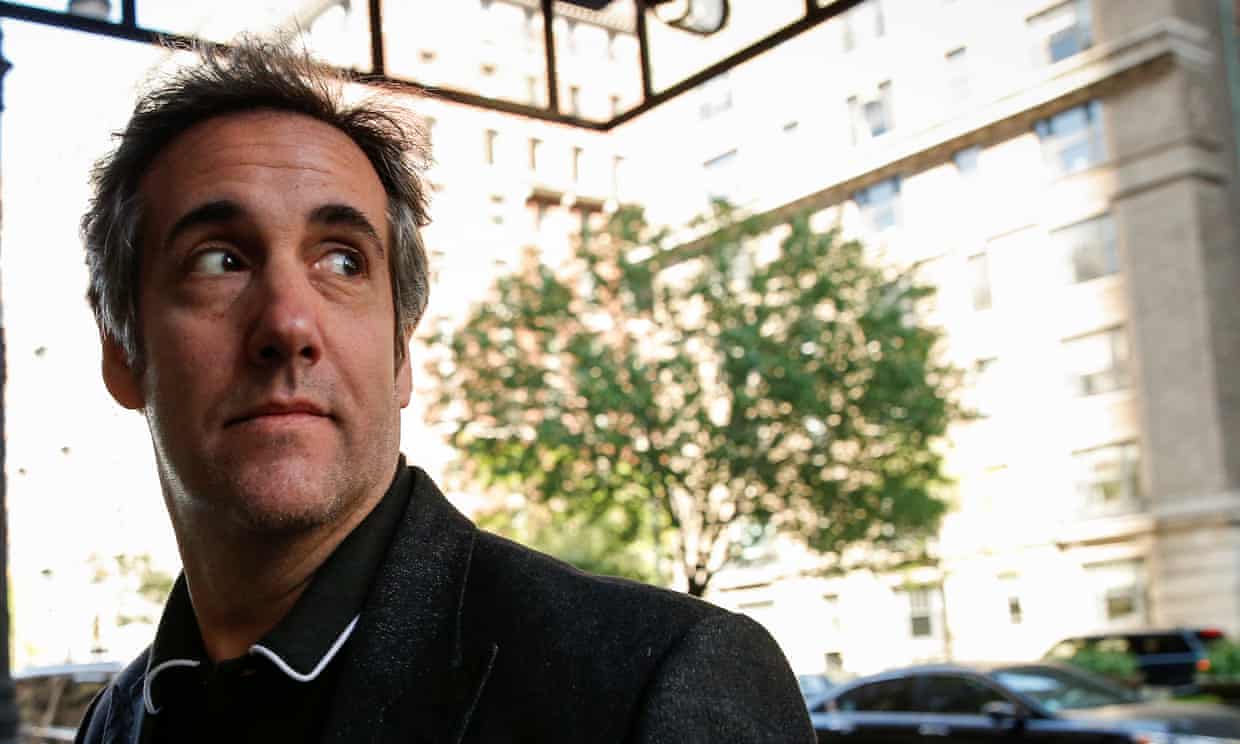 The fixer is in a fix.

Michael Cohen, the most personal of the president’s personal attorneys, has cut an extraordinary figure in this totally abnormal administration.

But unlike fixers of yore, Cohen has been unable to fix anything without requiring a good deal of cosmetic after-fixing.

This is not a good look for any self-respecting fixer, or for the large corporations that paid him millions for his insights into Trump’s inner thoughts. AT&T paid Cohen’s firm $600,000 last year, while Novartis paid $1.2m. Columbus Nova, an investment firm linked to the Russian oligarch Viktor Vekselberg, paid Cohen $500,000. Korea Aerospace Industries paid him a measly $150,000.

Most of the coverage of this giant wheelbarrow of cash has focused on the corporate giants who were so happily fleeced by the fixer, until the deals became public. AT&T now says the deal with Cohen was “a big mistake” and its head lobbyist is taking early retirement. Novartis blames its previous CEO for a relationship that involved all of one meeting with Cohen. 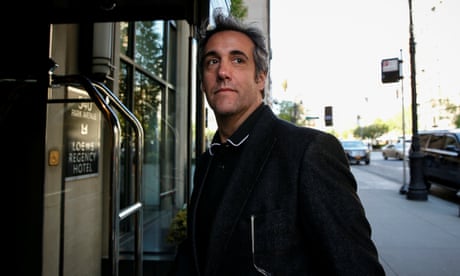 Some reporters claim these relationships and sums are normal in the influence-peddling business that thrives in the nation’s capital. Rest assured, they are not. Retainers of $100,000 a month are few and far between.

But the real mystery is not about the revenue: there are always suckers out there ready to believe the patter of a supposedly well-connected fixer. No, the unanswered questions are about where the money was going.

Most of the influence-peddlers have to support large teams and offices. They burn cash on glass-tabled conference rooms close to the White House, hugely inflated salaries for former congressmen, and steak dinners on Pennsylvania  Avenue. That’s not true for Essential Consultants, whose staff amounted to one Michael Cohen. What was the fixer doing with all that money?

You’d think it was to pay off all those pesky women, right? But you would be wrong, because there are several public statements identifying other sources of cash for the hush money. 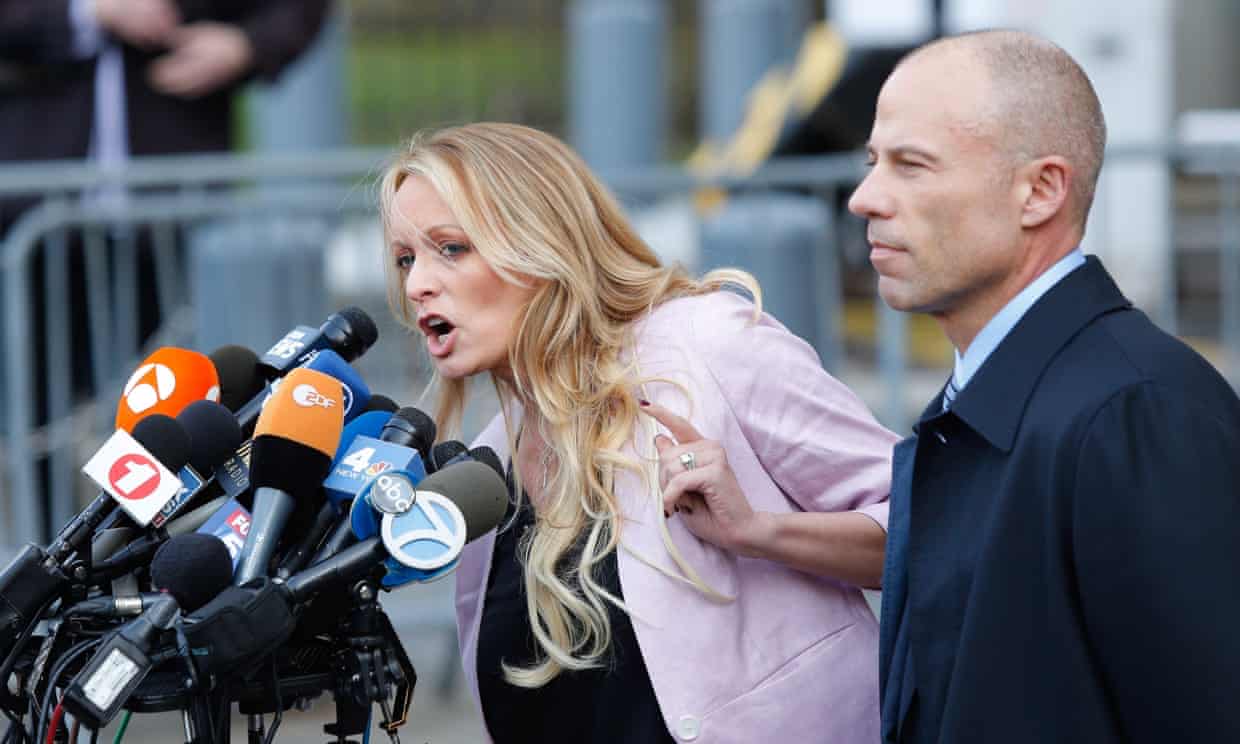 Stormy Daniels speaks outside US federal court in Manhattan with her lawyer Michael Avenatti. Michael Cohen’s story about the $130,000 payment to her has evolved. Photograph: Eduardo Munoz Alvarez/AFP/Getty Images

According to the president’s less-competent lawyer, Rudy Giuliani, Trump himself paid Cohen a retainer to cover the $130,000 so generously handed over to Stormy Daniels just before the 2016 election for a relationship Trump says never existed.

Cohen also facilitated the payment of an astonishing $1.6m in hush money to another woman, Playboy model Shera Bechard – who had an abortion – supposedly on behalf of another man. But Elliott Broidy, now former deputy finance chairman of the Republican National Committee, apparently paid the money himself. So it’s still not clear how Cohen spent as much as $2.5m last year.

Now it’s true that his sideline business in taxi medallions has been more than a little distressed since Uber and Lyft burst on the scene. But Essential’s known revenues are trivial compared with the scale of Cohen’s taxi troubles. Cohen recently put up his $9m Park Avenue apartment as collateral, to back up reportedly as much as $12.8m of debt previously backed by his taxi medallions.

Donald Trump: Michael is a businessman. He has got a business. He also practices law … probably the big thing is his business

Who or what could Essential be paying? He does have one client with a remarkable ability to steer cash to his own enterprises, and we’re not talking about Sean Hannity of Fox News. Trump has managed to monetize his presidency thanks to foreign diplomats spending money at his hotel in Washington. He has monetized his Secret Service protection at his golf courses and in Trump Tower in Manhattan.

Until we see the accounts of Essential Consultants, we don’t know if any cash has been spent at Trump-related businesses.

One thing is for sure. We can’t rely on Cohen’s account of his own fixing. Earlier this year, he claimed he paid the Stormy Daniels hush money out of his own pocket, without Trump’s knowledge or involvement. He said he had dipped into his home equity line of credit to do so. By the time Rudy Giuliani started blabbing to Fox News, and Trump started tweeting about the hush money, it was clear none of that story stood up.

That does raise a few questions about the $1.6m paid in the affair somehow involving Broidy. For some unusual reason, Cohen used the same alias for Trump and Broidy in the hush payment contracts. Inventing names must be difficult or costly.

Who could have known, back in mid-2015, that Cohen was capable of anything less than the highest standards of public service when he threatened a Daily Beast reporter with untold pain – economic, legal and unspecified.

“So I’m warning you, tread very fucking lightly, because what I’m going to do to you is going to be fucking disgusting,” he told the reporter. “You understand me?”

Yes we do, Mr Cohen. We understand very clearly that you are not a traditional lawyer advising a traditional president. You are instead the kind of lawyer who has carved out a series of businesses – including real estate deals, a casino boat and multiple taxi medallions – with immigrants from the former Soviet Union. And we all know how much the Trump administration admires immigrants. 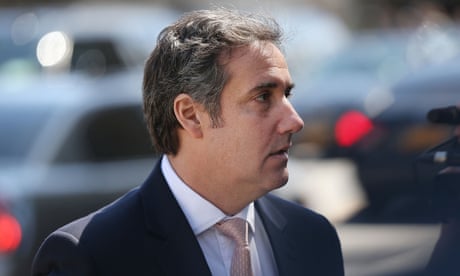 Perhaps the most memorable (and least lawyerly) business was El Caribe, a Brooklyn catering hall that has been a beloved location for Russian and Italian mob weddings and Christmas parties.

Until 2016, Cohen had a minority stake in an establishment owned by his uncle, Morty Levine, who according to a sworn FBI affidavit was a personal doctor and fixer to a Lucchese crime family. Fixing is what you might call a family business. After all, Cohen is a businessman above everything else. At least that’s what his biggest client called him, in his recent jaw-dropping interview with Fox & Friends.

This may be the most reasonable thing Trump has ever said on Fox News, even if it is the least believable. Go on, admit it. You wouldn’t want to have anything to do with Cohen’s business either.

I appreciate there not being a paywall: it is more democratic for the media to be available for all and not a commodity to be purchased by a few. I’m happy to make a contribution so others with less means still have access to information. Thomasine, Sweden

If everyone who reads our reporting, who likes it, helps fund it, our future would be much more secure. For as little as $1, you can support the Guardian – and it only takes a minute. Thank you. Support The Guardian