Take it from an economist, Medicare for All is the most sensible way to fix health care

There is an instinct among political pundits to confuse caution for practicality — an assumption that those who advocate for incremental change are being reasonable, while those pushing for bold reforms aren’t. This is seen most starkly in the debate around health care reform, despite the fact that the “practical” pushers of limited reform fail to address the real problems in our health care system.

We all recognize that the status quo isn’t working. We spend more per person than any other country on health care, but we aren’t getting any bang for our buck. We have lower life expectancy, higher infant mortality rates and more preventable deaths, and too many personal bankruptcies are due at least in part to medical bills.

Where we disagree is the solution. The favorite new “reasonable” plan is “Medicare for America,” a bill from Reps. Jan Schakowsky and Rosa DeLauro that has won the support of big names like Texas presidential hopeful Beto O’Rourke and the Center for American Progress, the left-of-center think tank where the plan originated as “Medicare Extra for All.” It has been extolled in opinion pieces for some of America’s largest newspapers as a “realistic” plan to fix what’s broken in our health care system. 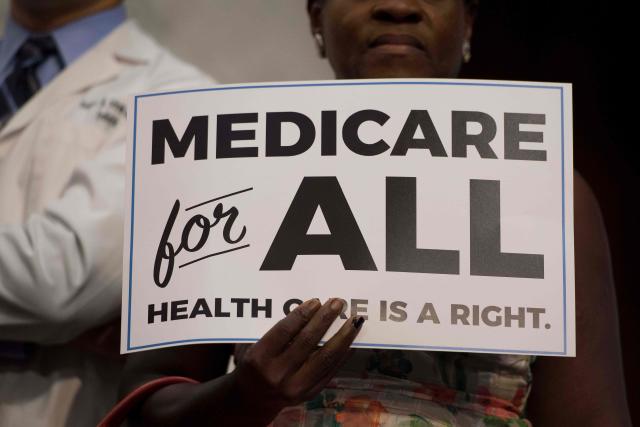 Take it from me, tweaks won’t fix health care. Dems should focus on Medicare for All.

On the other side, if punditry is to be believed, there are the Medicare for All “hard-liners” who believe in expanding a significantly improved Medicare system to every American, with coverage that includes dental, vision and long-term care. This is portrayed as radical or even unreasonable.

Time to get real. As an economist who has spent decades studying our health care system, I can tell you that Medicare for All advocates are the only ones who are being reasonable, because theirs is the only plan that will control health care costs while finally achieving universal coverage.

The problem with incremental plans, whether they are public options, buy-ins to Medicare or Medicaid, or pumping more money into subsidies in the Affordable Care Act’s individual marketplace, is that they preserve the private health insurance system weighing down our health care.

This may be why pundits and centrist politicians view those plans as “reasonable,” but it means that they are leaving the main reason for our system’s dysfunction in place: the multipayer, for-profit financing model.

Commercial insurance companies are nothing more than middle men. They add no value to our system, but they do drive up costs with their bloated claims departments, marketing and advertising budgets and executive salaries. We pay for all of these things before a single dollar is spent on the delivery of care.

They also create extra costs for providers who need large administrative staffs to deal with billing systems, accounting for as much as $100,000 per physician.

Any plans short of Medicare for All leaves these costs in place. In other words, they leave hundreds of billions of dollars a year in savings on the table.

Medicare for All attacks costs

The waste goes beyond administrative savings. While pharmaceutical companies and hospital groups are consolidating and forming regional monopolies, our fragmented, multipayer system leaves no one insurance plan with a large enough share of the market to negotiate effectively. That allows these companies to essentially set their own inflated prices and bilk the public for hundreds of billions of dollars.

Is it any wonder that they oppose Medicare for All?

If we’re talking about which health care reform plans are serious about attacking cost, providing universal coverage and making sure everyone has access to health care, Medicare for All is the only reasonable answer. No other plan does this effectively, which is why I suspect that the Center for American Progress has not come out with spending estimates. Basic economic tenets tell us that their plan will not reduce health care spending as effectively.

Gerald Friedman, a health care and labor economist, is an economics professor at University of Massachusetts Amherst and the director of The Hopbrook Institute.