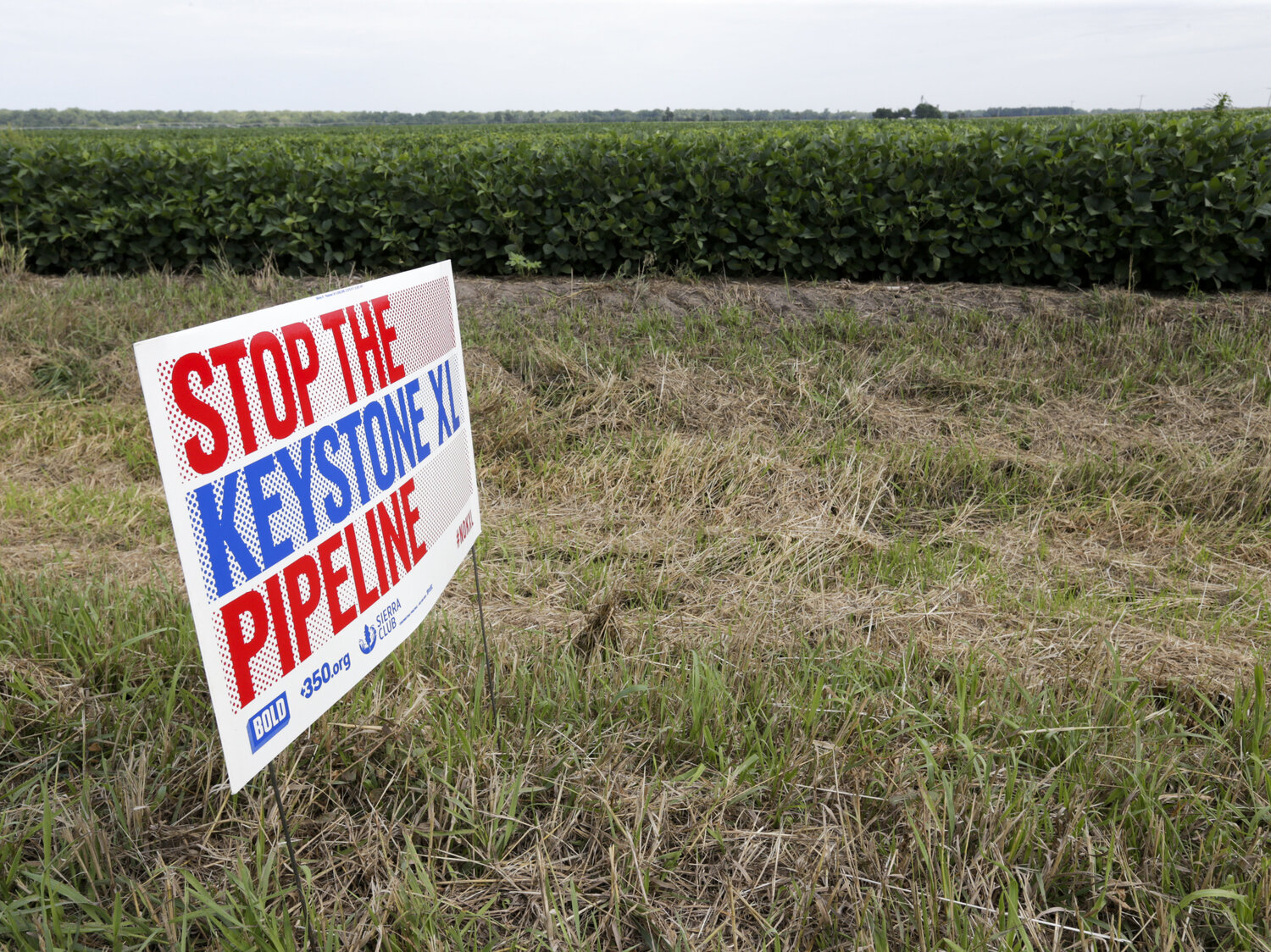 A protest sign sits in the proposed path of the Keystone XL Pipeline in Silver Creek, Neb.  Nati Harnik/AP

TransCanada, the company that owns and operates the Keystone Pipeline, says that an estimated 210,000 gallons, or 5,000 barrels, of oil have spilled near the small town of Amherst, S.D.

The cause of the leak is under investigation, according to the company’s website. TransCanada crews detected a drop in pressure at about 6 a.m. CT Thursday morning and shut down the pipeline, which runs from Hardesty, Alberta, to Cushing, Okla., and Wood River/Patoka, Ill.

Amherst is about 200 miles north of Sioux Falls, S.D., and about 25 miles from the state’s border with North Dakota.

The conduit is not the controversial and long-delayed Keystone XL Pipeline that TransCanada is still shepherding through the approval process.

But as NPR’s Jeff Brady reports, the spill comes at a sensitive time for TransCanada.

“Regulators in the neighboring state of Nebraska are expected to announce a decision on the company’s proposed Keystone XL pipeline next week. The project and its route through Nebraska have been controversial. Some landowners are concerned about how an oil spill might harm their property and water supplies.”

The spill does nothing to enhance prospects for the XL Pipeline, which critics argue should not be allowed to operate.

“TransCanada cannot be trusted,” said Jane Kleeb, head of the Nebraska Democratic Party and a longtime activist opposed to Keystone XL, as quoted by the Washington Post.

“I have full confidence that the Nebraska Public Service Commission is going to side with Nebraskans, not a foreign oil company,” she added.

Brian Walsh, an environmental scientist manager at the South Dakota Department of Environment and Natural Resources, said the company was aware of the spill at about 5:30 a.m. CT. But his agency wasn’t alerted until about 10:30 a.m. CT.

“There is a time lag there and I expect that that will be some of the questions we need to answer over the coming months,” he told Jeff.

In its statement, TransCanada said, “The section of pipe along a right-of-way approximately 35 miles (56 kilometres) south of the Ludden pump station in Marshall County, South Dakota was completely isolated with 15 minutes and emergency procedures were activated.”

The spill occurred about 3 miles southeast of Amherst on private land, which Walsh described as a “flat, grassy area for grazing.” The company tweeted a picture of the site late Thursday.

The company says that it is providing state and federal regulators “with accurate and confirmed information on an ongoing basis.”