John Roberts Has More Power Than Mitch McConnell Would Like You to Think. But Will He Use It?

London is a retired partner for the law firm Paul, Weiss, Rifkind, Wharton & Garrison and the author of The Client Decides; he was a principal lawyer for Vice President Spiro Agnew. 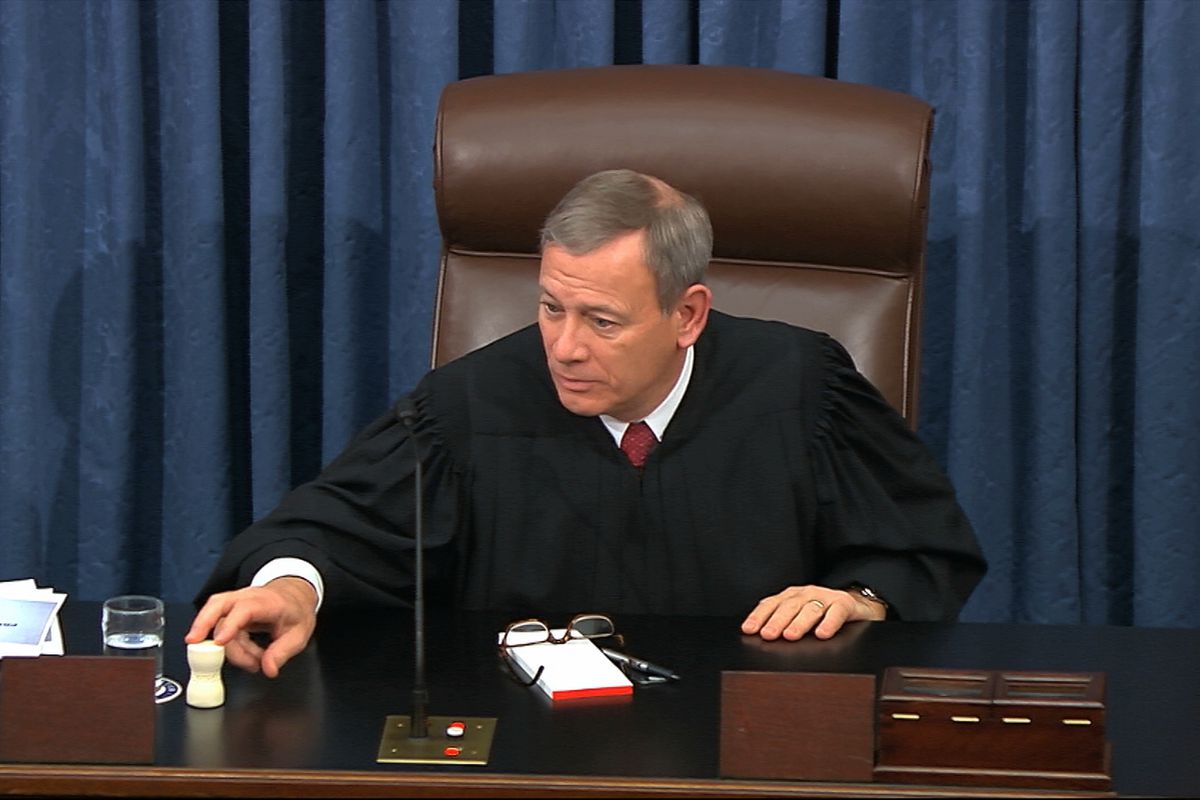 The Constitution is, in many respects, vague. And no part of our founding charter has more gaps than the impeachment clauses.

At the time of drafting of the Constitution, the colonists were still recovering from a bitter eight-year war for independence, in which their adversary was the armed forces of the British King George III — the tyrannical monarch who had stripped them of their right to self-government. So while the Founders understood the need for an executive department of any effective government, they were wary of recreating anything close to a monarchy. The result was a compromise, a tripartite state consisting of a legislature, an executive and a judiciary.

One of the checks in this balance was to give the legislature the power to remove any member of the executive branch, including the President, by impeachment.

But the Founders chose not to provide many details regarding the impeachment process. All they told us in Article I was that (i) the House “shall have the sole power of Impeachment,” and the Senate “the sole power to try all Impeachments,” (ii) “When the President of the United States is tried, the Chief Justice shall preside” and (iii) it takes a two-thirds vote to convict, and the punishment is limited to removal from office.

That’s it. The Article says nothing about witnesses, hearings or any other procedural aspects in either house. Indeed, it is only when we reach Article II that we learn the standard for impeachment and conviction is “Treason, Bribery, or other high crimes and misdemeanors.”

Now, facing the third-ever presidential impeachment trial in history, we grapple with procedural issues left unspecified by the Founders, but that are potentially of great significance on the issue of this President’s guilt.

The most prominent question today, is shall the Senate hear witnesses? Precedent suggests the answer is “yes”– there have been 15 prior impeachment trials in the Senate (two involving Presidents) and all have had witness testimony in the Senate.  And there is no Constitutional bar against witnesses in what the Constitution refers to as an impeachment “trial.” But Mitch McConnell, the Majority Leader in the Senate, is clearly willing to ignore precedent and has thus far refused to commit to calling witnesses. He even considers that his constitutional oath to do “impartial justice” permits him to coordinate every aspect of trial management with counsel for the President, who objects to witnesses.

But wait a minute. While McConnell is not mentioned in the Constitution, Chief Justice John Roberts is. Indeed, it is the Chief Justice of the United States who shall “preside” over the trial, not the Majority Leader. So why isn’t it up to Roberts to decide whether witnesses shall appear?

Absent anything in the Constitution to the contrary, it seems obvious that the witness dispute should be resolved by the ruling of the constitutionally appointed “Presiding Officer” of the trial. This is especially true if we were to abide by the conservative element of our judiciary that insists on the strict construction of the words of any constitutional or statutory provision.

Why isn’t “let presiding officer decide” the guiding principle here? Because the Senate, without a shred of constitutional authority, has adopted a set of rules that would effectively strip the presiding officer of much of his power to “preside” over the trial.

Are those Senate rules constitutional? I keep a pocket copy of the Constitution in my backpack. I have reread it a dozen times. I see nothing in there giving McConnell, or a majority herd of senatorial sheep, the power to limit the Chief Justice’s constitutional power — and duty — to “preside” over this trial.

Is there a remedy for this illicit power grab? Yes. The remedy is for the Chief Justice of the United States to exercise his sworn duty and “preside” over the trial unencumbered by unconstitutional Senate rules. If he deems it relevant to call witnesses, he has the power and the duty to do so, whatever McConnell thinks.

But even assuming the Senate did get, from some unknown source, the right to make impeachment rules that fill in the blanks left by the Founders, whence comes the assertion that the Senate can overrule the presiding officer on any issue? The claimed source is the Senate’s impeachment Rule VII, which provides, “The Presiding Officer on the trial may rule on all questions of evidence, including, but not limited to, questions of relevancy, materiality, and redundancy of evidence and incidental questions…” But later in the rule the Senators granted themselves the right, by majority vote, to overrule the Presiding Officer with respect to those rulings.

What the Constitution giveth, the Senate taketh away.

Rule VII is also the basis of numerous media articles that erroneously state that every ruling by the Chief Justice is subject to being overturned by the will of the Majority Leader, or the majority, and therefore the appointment of the Chief Justice is “ceremonial.” Really? I would not be surprised if you do not find the word “ceremonial” in your copy of the Constitution, because I cannot find it in my copy either.

1. The Senate lacks authority to adopt any rule placing any limit whatsoever on the Chief Justice’s power to preside over this trial. In his capacity as presiding officer, Justice Roberts has unlimited authority to compel the attendance of witnesses and the production of documents, and if the occasion arises, he should so rule.

2. Even if one were to assume Senate Rule VII passed constitutional muster, the rule is quite limited, and arguably would not prevent the Chief Justice from issuing a subpoena requiring the attendance of a witness or the production of documents. The ability to overturn a ruling on relevance is not a grant of total authority to overrule every act of the presiding officer.

Will our “institutionalist” Chief Justice rise to the occasion and do the right thing here?