Inspiration for The Scream

Norwegian by birth, Edvard Munch studied at the Oslo Academy with famous Norwegian artist Christian Krohg. He created the first version of The Scream in 1893 when he was about 30 years old, and made the fourth and final version of The Scream in 1910. He has described himself in a book written in 1900 as nearly going insane, like his sister Laura who was committed to a mental institution during this time period as well. Personally he discussed being pushed to his limits, and going through a very dark moment in his life.

The scene of The Scream was based on a real, actual place located on the hill of Ekeberg, Norway, on a path with a safety railing. The faint city and landscape represent the view of Oslo and the Oslo Fjord. At the bottom of the Ekeberg hill was the madhouse where Edvard Munch’s sister was kept, and nearby was also a slaughterhouse. Some accounts describe that in those times you could actually hear the cries of animals being killed, as well as the cries of the mentally disturbed patients in the distance. In this setting, Edvard Munch was likely inspired by screams that he actually heard in this area, combined with his personal inner turmoil. Edvard Munch wrote in his diary that his inspiration for The Scream came from a memory of when he was walking at sunset with two friends, when he began to feel deeply tired. He stopped to rest, leaning against the railing.  He felt anxious and experienced a scream that seemed to pass through all of nature. The rest is left up to an endless range of interpretations, all expressed from this one, provocative image. 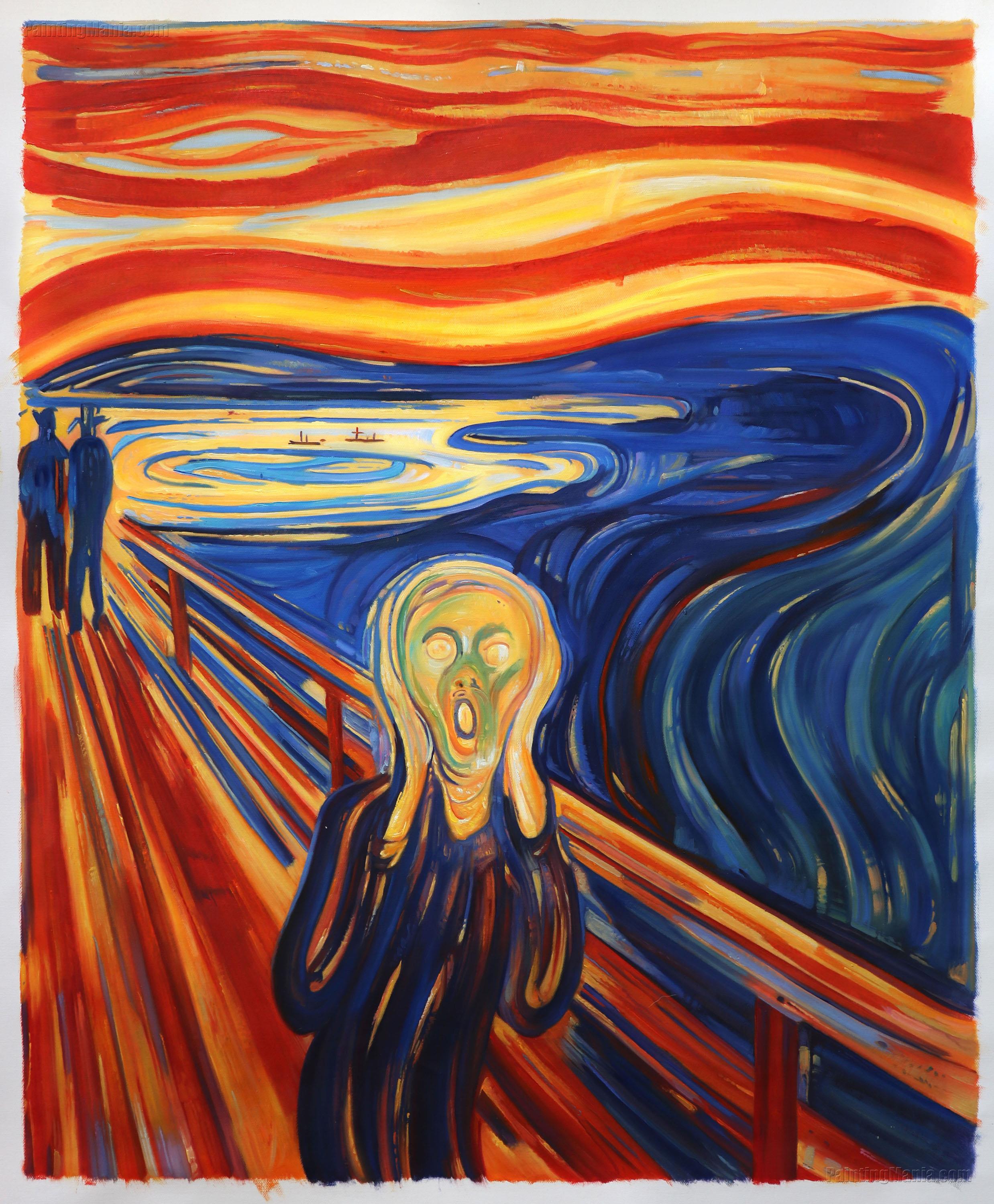