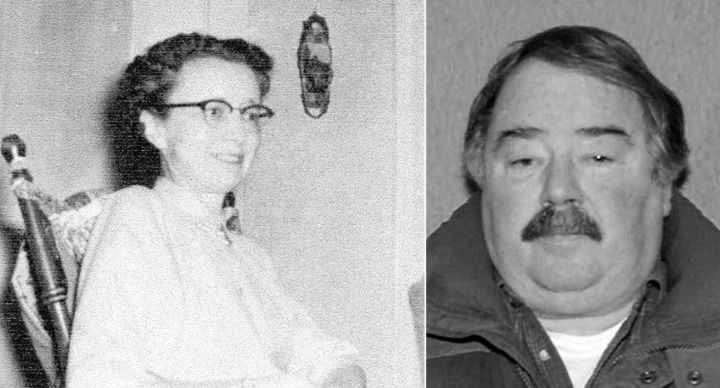 RAPID CITY, S.D. (AP) — The murder of a pharmacist who was raped and strangled in her home in a South Dakota city more than half a century ago has been solved with the use of DNA technology and genealogy databases, police said.

Investigators believe Eugene Carroll Field killed 60-year-old Gwen Miller in 1968 when he was a 25-year-old living in Rapid City, Detective Wayne Keefe said at a news conference Monday. He said there was enough evidence to charge Field with first-degree murder, but that he died in 2009.

It is “a little surreal” to finally identify the killer after 51 years and up to 5,000 hours of work, Keefe said.

“Today, there’s a slight celebratory mood because the case has been solved,” Police Chief Karl Jegeris said. “But I assure you, the fact of how horrific this crime was wears heavy on each and every one of our hearts.”

Miller had no children and worked as a pharmacist at a Rapid City hospital. After she didn’t show up to work Feb. 29, 1968, two co-workers went to her house, where they found a broken window in the back, Keefe said. The coroner found she had been raped, suffered broken neck and rib bones, and died by strangulation.

Last year, Keefe sent a DNA profile of semen from the crime scene to forensic genealogist Colleen Fitzpatrick, who used public genealogy websites to identify Field’s brother. Keefe then searched for the family’s name in old phone directories to determine that the suspect had lived near the victim.

Field was a ticketing agent for Western Airlines at the Rapid City airport, which Miller frequented. Keefe also determined that Field had rented a room in the house next door to Miller for several months in 1963. The detective interviewed two women who had been married to Field. Both said he had abused them. He also contacted Field’s brother and only sibling, who provided a DNA sample that showed a 99.23 percent probability of being from a full sibling of the killer.

Field has no known connections to any other cold case and does not seem to have previously been a suspect in Miller’s death, Keefe said.

The Associated Press was not immediately able to locate Field’s survivors Tuesday, and police declined to provide contact information.

Kay Miller-Temple, of Grand Forks, North Dakota, said her great-aunt was a “very independent and confident” person, especially for a single woman in the mid-1900s. She said her family members, who came from across South Dakota and as far away as Arizona to attend the news conference, wanted their experience to give hope to other families with cold cases.

“The family of Gwen Vivian Miller offers you our gratitude and our appreciation,” she said through tears. “Thank you for giving us an answer.”