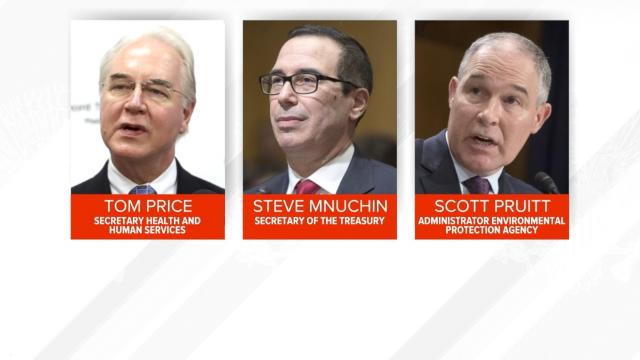 The Interior Department plans to spend more than $139,000 on new doors and repairs for Sec. Ryan Zinke’s office at the department’s headquarters in Washington, D.C., the agency confirmed to ABC News on Thursday.

The purchase is the latest in a series of questionable agency expenses connected to President Donald Trump’s cabinet leaders. Last week the Department of Housing and Urban Development canceled an order for a $31,000 dining set for Sec. Ben Carson’s  office suite. 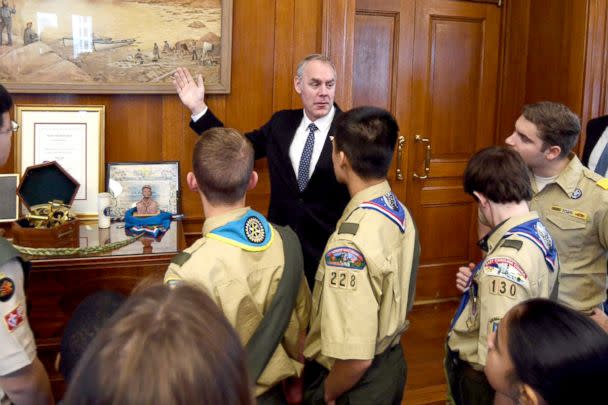 Interior Spokeswoman Heather Swift said in a statement that Secretary Ryan Zinke was not aware of the order before the Associated Press report on Thursday and agrees that it is too expensive. The AP first reported the story.

“This project was requested by career facilities and security officials at Interior as part of the decade-long modernization of the historic FDR-era building. The secretary was not aware of this contract but agrees that this is a lot of money for demo, install, materials, and labor,” Swift said in a statement to ABC News. “Between regulations that require historic preservation and outdated government procurement rules, the costs for everything from pencils to printing to doors is astronomical. This is a perfect example of why the Secretary believes we need to reform procurement processes.”

The order has been planned since last summer to replace three sets of double doors in the secretary’s office, according to a statement from Joe Nassar, director of the office of facilities and administrative services at Interior Department.

Nassar said in his statement that two sets of doors that lead outside have been in disrepair and allow air and water into the office during inclement weather, which then damages the wooden floor. The order would replace those with fiberglass and repair an interior set of doors while preserving the existing fixtures.

He said the doors were last replaced about 11 years ago.

“The cost is reasonable when taking into account there are two sets of double doors, the doors must be custom built, they must meet historic building requirements, includes both sets of door frames, demo of the current structure and installation,” Nassar said in the statement. “In order to control costs, the contractual documents included a request to use existing door handles, locks and latches. The contract and the amount also included repairs to the interior double doors.” 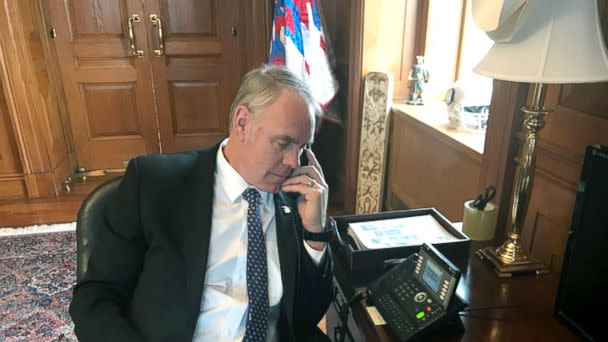 Zinke has been under scrutiny for his spending on travel, which has been an issue with several other cabinet officials. Interior’s inspector general is currently looking into whether all of Zinke’s spending followed proper procedures.

Democrats on a committee with oversight of Interior quickly weighed in on Twitter asking Zinke to explain the expense.

And Democratic Rep. Adam Schiff tweeted “think how many dining sets” or private jets Zinke could have chartered with that money.