Has our nation hit rock bottom yet?

Why do Trump supporters ignore the ruin he inflicts on the country? Try viewing it through the lens of addiction. 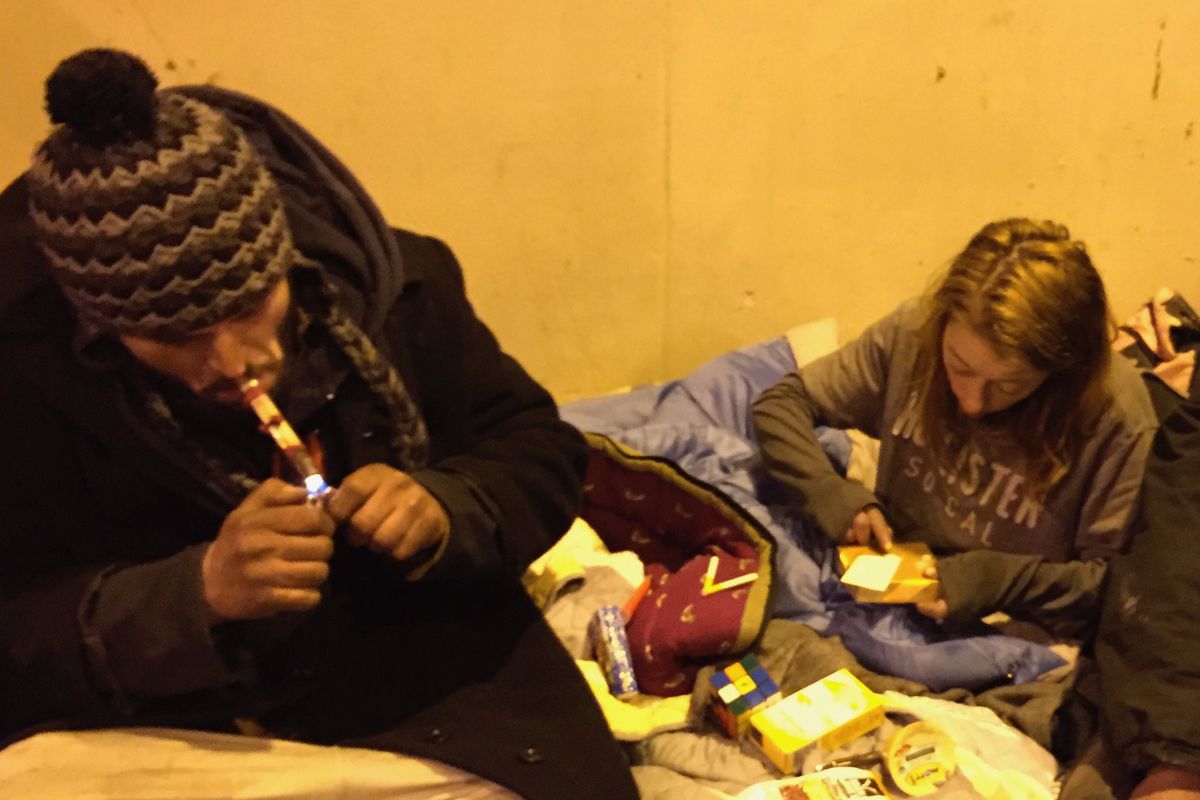 Almost four years ago I was tagging along with medical workers from the Night Ministry. We found ourselves standing before three people sprawled in a nest of blankets and sleeping bags off Lower Wacker Drive.

At first I held back. Then, I gingerly nudged forward, afraid they’d clam up as soon as I took out my notebook. But they didn’t. They answered whatever question I asked — their names, what drugs they were taking. I could take pictures. They weren’t embarrassed. They didn’t care about anything except getting those drugs inside themselves.

Addiction does that. You are locked into feeling that pleasure, or relief, or passing sense of normality. End of the story. You don’t care about the damage you’re inflicting upon yourself or others. You don’t care that the addiction is killing you. You could shake this emaciated woman and ask what her younger self would think of what she’s become. She’d stare back at you, hollow-eyed and uncomprehending. She doesn’t bother to eat food; what does she care about lost dreams?

That’s why I have to laugh when my somehow still idealistic friends wonder when Donald Trump’s base will abandon him. When they will finally see the ruin his presidency has caused this country and regret their role in supporting it. That’s easy: never. They’ll never give him up, just as many addicts never quit their substances, except by dying.

The concept of addiction is the best way to make sense of our country today. Trump makes his followers feel good. He soothes the ache in their broken parts. Like heroin, he makes them feel safe and secure even while doing the exact opposite. They’re not safe and secure, but on the street, endangered, living in a country wracked by a pandemic that their drug of choice trivializes and ignores. They’re teetering on an economic cliff, while shivering at pipe-dream fears about socialized medicine.

What do they care of deterioration of American democratic institutions? They’re in denial. That’s like asking a drunk driver whether his tires are properly inflated. All he cares about is how much is left in the half pint.

Sure, change is possible. I got sober 15 years ago next week, for those keeping score. But it took a life-jolting crisis. As to why 200,000 Americans dying from presidential incompetence isn’t such a crisis, and why his supporters don’t turn from his confused chaos, well, they’re still lost in their addiction. Anything can be rationalized away. Your friend shoots up, walks into the bathroom and dies. You’re sorry, but you’re still going to shoot up yourself in two hours, because that’s what you do.

Crowd members cheer toward cameras before the arrival of President Donald Trump to a Make America Great Again rally on September 19, 2020 in Fayetteville, North Carolina. 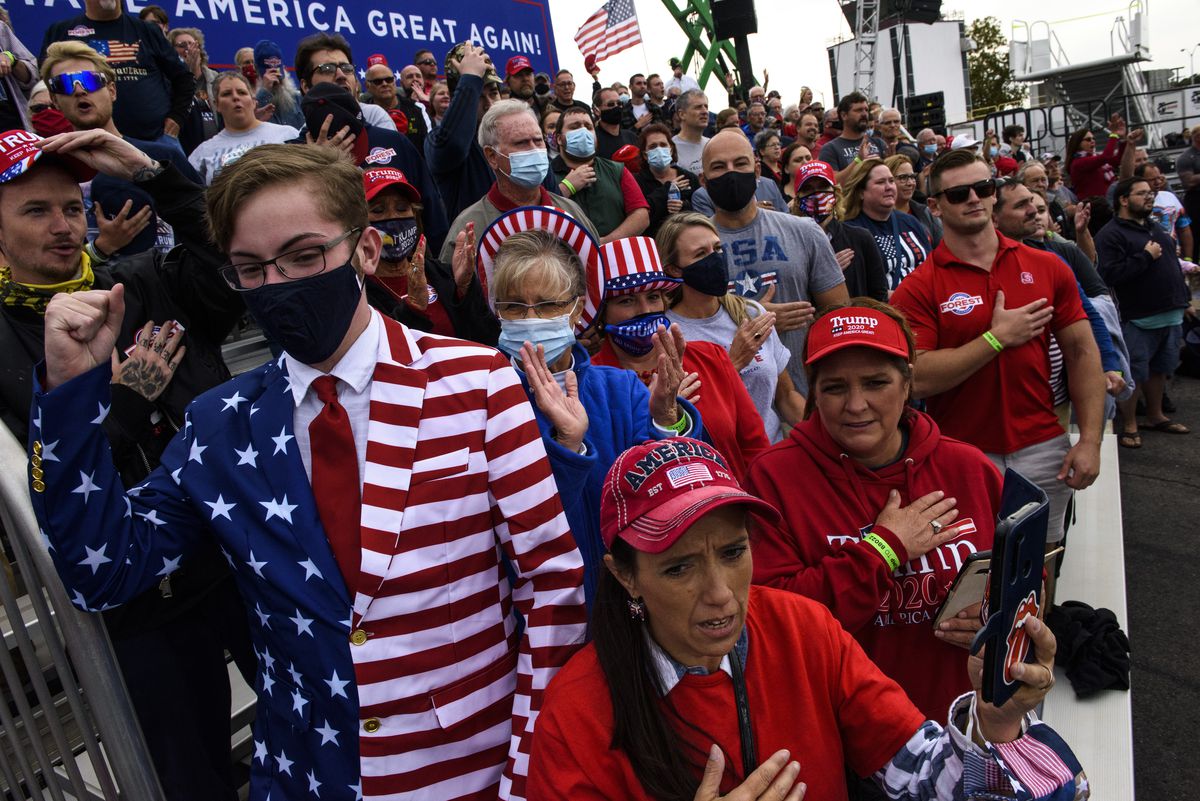 A crowd waits for President Donald Trump to arrive for a rally Saturday in Fayetteville, North Carolina. Getty

Trump fans can still brush away the whole pandemic: no worse than the flu, numbers exaggerated, whatever Fox News told them last night, lodged in their brain and vibrating. I don’t try to tell Trump fans they’re dupes suckered by a fraud. Why bother? Interventions usually fail. Al-Anon teaches relatives of the addicted to disengage. Let the sufferer figure it out. The addict has to want to change, and for that, they usually have to hit bottom.

Has our country hit bottom yet? I sure hope so, though hope is of very little value here. There are hells below this one, and we may be heading there.

Unless we’re not. If Joe Biden manages to both win the election and keep Trump from holding onto power anyway — and I can’t say which is the greater challenge — Trump supporters won’t automatically reform. Just the opposite. They’ll spend years smearing their faces against liquor store windows, gazing at their lost passion, licking their lips and wishing for just one more slug of Make America Great Again. Hating those who took away the man who made them feel alive. Give them time. Meanwhile, we must care for ourselves, and the United States, and look forward to the day when our fellow citizens may recover clear-eyed love of country and rejoin us at dinner. That day may never come.

Trump supporters will howl, but I’ll share a secret: When you’re an addict, you stop mattering, eventually. That’s the worst fate. You sit there with your barfly friends, complaining about the raw deal you got, or take your drugs huddled in some grimy lower rung of hell, while your far-off family picks itself up and goes on without you.