According to a newly released transcript of the closed-door interview in May, Tillerson told the House Foreign Affairs Committee that Trump’s refusal to read briefing papers and policy documents prompted Tillerson to make short presentations and try to focus on one point in his meetings with the president.

“It caused me to have to get very, very focused on, you know, what’s the most important thing I want him to remember about this discussion,” Tillerson told the committee. “And so sometimes I would use material that I would put in front of him, or other times, I just tried to be very concise with the points I wanted to make.”

Tillerson spoke to the committee’s staff May 21; USA TODAY received an embargoed copy of the transcript. The interview lasted about six hours and covered a wide range of topics – from Trump’s first meeting with Russian President Vladimir Putin in 2017 to Kushner’s freelance diplomacy.

When news emerged that Tillerson had met with the panel, Trump lashed out at his former secretary of state, calling him “dumb as a rock.” Trump fired Tillerson, the former CEO of ExxonMobil, in 2018 after a rocky relationship that included public disputes over North Korea and other issues. 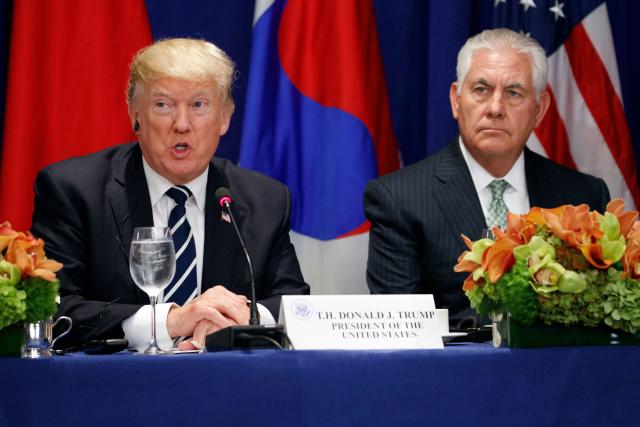 Among other flashpoints, NBC News reported that Tillerson once called Trump a “moron” – something he declined to address in the House Foreign Affairs Committee interview.

Tillerson defended the decision to allow Trump to meet at length with Putin on July 7, 2017, when the two leaders were in Germany for a broader summit of world leaders, and to limit other participants. Besides Trump and Putin, only Tillerson, Russia’s foreign minister and two interpreters attended the session.

“It’s the way the Russians preferred it,” he told the committee staff. “It was supposed to be a courtesy meeting, and we decided we were okay with that.”

The meeting ended up lasting more than two hours, and Tillerson said Putin was well-prepared, Trump less so. Putin engaged in a detailed discussion of items on a “list of irritants” that Tillerson and Foreign Minister Sergey Lavrov had drawn up – items that had caused friction between the two countries and that they hoped to address to improve relations.

Tillerson said the list was mostly classified, but he disclosed one thing: Russia wanted to regain control of two diplomatic compounds the Obama administration had seized in New York and Maryland, in response to the Kremlin’s interference in the 2016 presidential campaign.

“President Putin had obviously come very prepared to talk” about items on the list, Tillerson said. “We didn’t undertake that kind of preparation for the president because we didn’t expect that.”

Tillerson said he did not see Trump take away the interpreter’s notes, as The Washington Post reported.

“I did not see that happen,” he said, adding that he “never” witnessed such an incident between the president and his interpreters.

A White House spokesman did not respond to a request for comment on Tillerson’s remarks about the president.

The committee’s staff asked Tillerson about a “private dinner” that Kushner and presidential adviser Steve Bannon held with leaders of Saudi Arabia and the United Arab Emirates.

At that dinner in May 2017, those two key American allies disclosed a plan to launch a blockade of Qatar, another Gulf country, over allegations that Qatar supported terrorist groups, a Democratic committee aide told Tillerson.

Tillerson said he was never made aware of the dinner and was not briefed in advance about the controversial blockade.

“It makes me angry,” he told the committee, saying the State Department was shut out of a major policy discussion. That blockade was a deeply vexing issue for Tillerson during his tenure, in large part because Trump undercut his efforts to de-escalate tensions.

A White House spokesman, Hogan Gidley, denied that Kushner attended such a dinner with Saudi and UAE officials.

“Jared consistently follows proper protocols,” Gidley said. “The alleged dinner to supposedly discuss the blockade never happened, and no one in the White House was involved in the blockade.”

Tillerson said Kushner held several pivotal discussions with foreign leaders without any notice to him or other State Department leaders.

He said Kushner secretly arranged a dinner with Mexico’s foreign minister and the only reason Tillerson found out was because he happened to be at the same restaurant on the same evening.

“The owner of the restaurant … came around and said, ‘Oh, Mr. Secretary, you might be interested to know the foreign secretary of Mexico is seated at a table near the back,’ ” Tillerson recounted.

“I walked back … and I could see the color go out of the face of the foreign secretary of Mexico,” he said. “I smiled big, and I said, ‘Welcome to Washington. … Give me a call next time you’re coming to town.’ And I left it at that.”

Tillerson said the foreign secretary had assumed that “everything he was talking to Mr. Kushner about had been run through the State Department and that I was fully on board with it.”

Tillerson said Kushner’s efforts complicated his own engagement with foreign leaders, and he confronted the president’s son-in-law about sidelining him.

“He said he would try to do better. … Not much changed,” he told the committee. “It’s always challenging if everyone isn’t kind of working from the same playbook.”

Gidley said that Kushner’s “work with Mexico had led to positive results on trade and other issues.” 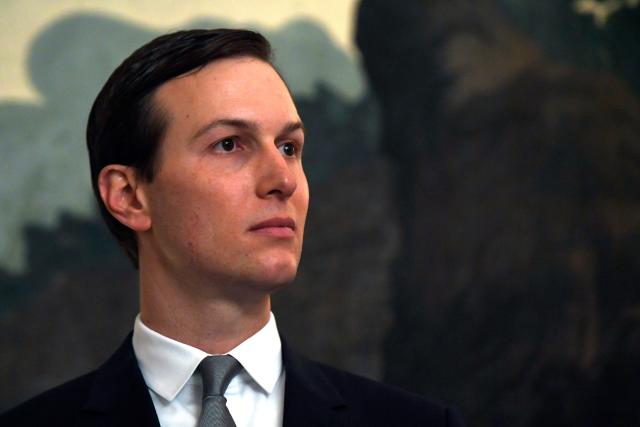 Trump and immigration: ‘Get it done’

Tillerson was respectful in talking about Trump’s approach to foreign policy, saying that although he and Trump disagreed at times, they shared the same objectives, which Tillerson said were to advance “America’s place in the world and to promote and protect American values.”

But he said some of Trump’s demands – particularly on immigration – were based on the president’s limited understanding of the law and how to enact change.

Tillerson told CNN in December 2018 that he frequently had to tell Trump, “I understand what you want to do, but you can’t do it that way, it violates the law.” In that same interview, he said Trump “is pretty undisciplined, doesn’t like to read, doesn’t read briefing reports, doesn’t like to get into the details of a lot of things.”

In his House testimony, Tillerson said he often agreed with Trump that immigration laws were “crazy” and needed to be changed, but Trump didn’t seem to grasp the limits of his own authority.

Asked how many times Trump asked him to do something illegal, he responded, “The president was on a steep learning curve around what governs certain activities. Quite frankly, I was, too.”