The L.A.-based photographer has trained her lens on the growers in your local farmers’ market, showcasing the art and beauty of their hard work. 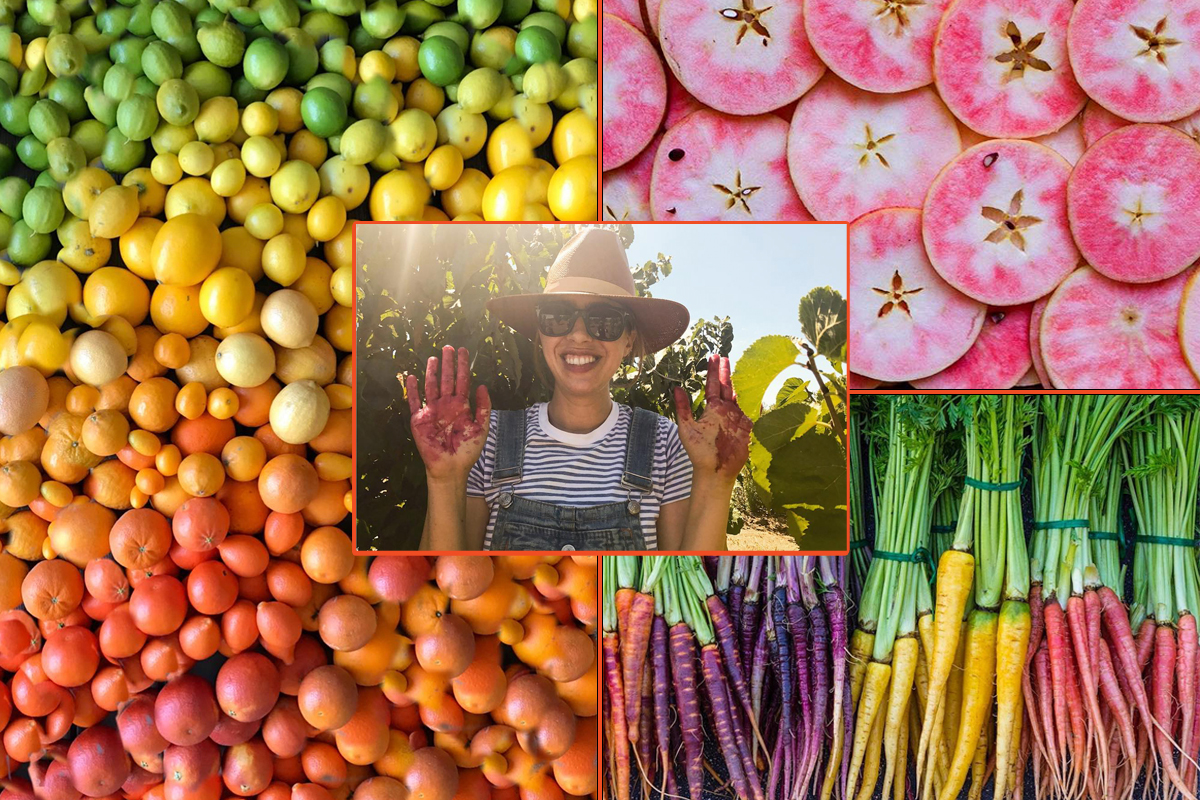 Photo by Holly Liss; all other photos courtesy of Aliza Sokolow.

Scroll through the photos on your phone and chances are good that you’ll find at least one shot of food. And you’re not alone. Today, everything from how baristas decorate their lattes to the way restaurants plate their food is approached at least partly with an eye toward how it will look in a photo.

For Los Angeles-based photographer Aliza Sokolow, 33, food ’grams are about more than social status; they’re also a way to honor the people she admires most: farmers. A former food stylist who worked on Jamie Oliver’s Food Revolution and Recipe Rehab, Sokolow founded Poppyseed Agency, a social media and branding firm that works with food brands, restaurants, and chefs. Her photos show off produce: bright, carefully arranged citrus; sliced-open avocados; pints of blueberries from the farmers’ market—all showcased in a stunning line of prints and in her Instagram feed, where she also shares details about the people behind the food. 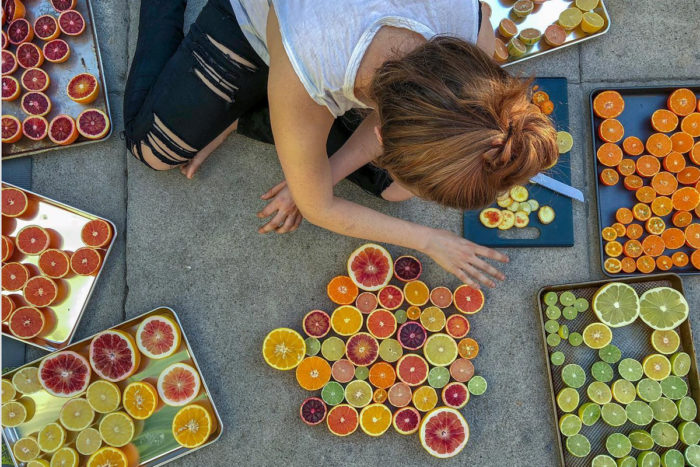 “I really like to tell the stories of the farmers because they’re such heroes of mine,” Sokolow says. “They put in the manual labor and are able to tell when a tomato is ripe for the picking, something a machine is not capable of.” Her hope in capturing the work of her local farmers is to “give people a bit more knowledge and gratitude for what they’re eating and awareness as to how much went into what’s on the plate.”

The popularity of food photographs in social media feeds started off as a bit of joke, but as the influence of Instagram has grown, it has become one of the best ways to recommend and learn about restaurants. “Instagram feeds are the first place Millennials look when scoping out the food,” says Michelle Zaporojets, who runs social media marketing for several Boston-based restaurants. “Foodie influencers have so much power in driving traffic just from a single photo or Instagram Story.”

A self-trained photographer, Sokolow studied architecture and industrial engineering at UC Berkeley and graduated in 2009, at the height of the recession. Uncertain of what she wanted to do at a time when creative jobs were scarce, she took a job in television set design.

“The first day on set there were all these food stylists putting things together and I was like, ‘Oh my God, this is like teeny tiny architecture. This is what I’m going to do when I grow up.’”

Sokolow started apprenticing and assisting on sets, and she eventually landed a job working as an assistant to food stylists on Food Revolution. It was while in that role that she took a tour of the Santa Monica farmers’ market with Chef Josiah Citrin of Melisse, and met Karen Beverlin, a “produce hunter” who introduced her to every farmer at the market. 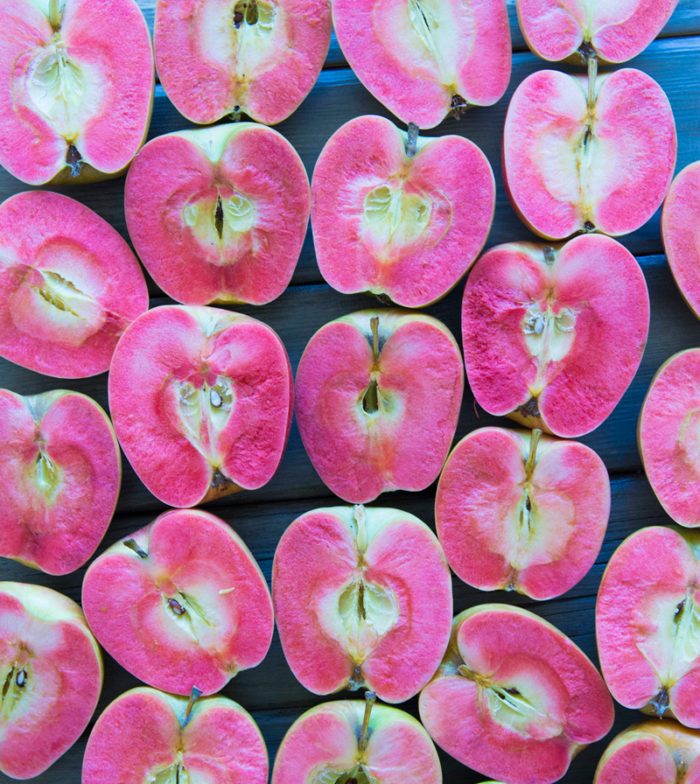 Sokolow says all the coolest things she knows about have come from farmers, like hidden rose (or Pink Pearl) apples (which have pink flesh), orange watermelons, oca wood sorrel, which comes in 32 different varieties and colors.

Her a-ha moment came one day when she brought produce from Laura Ramirez of J.J.’s Lone Daughter Ranch. Ramirez is known for growing a variety of citrus, 12 different kinds of avocados, and other specialty fruit. Sokolow bought two of each type of avocado, went home, cut them all open and took a picture that she posted online. It quickly caught the attention of editors at Food & Wine, who asked if they could use it.

After getting burned out from working in television, she leveraged the relationships she made at the farmers’ market to launch her digital agency, and began running the social media accounts for restaurant groups and chefs, including Mindy Segal and Suzanne Goin.

In 2016, Sokolow began selling prints of the photographs featured in her Instagram feed and some of them have made their way to restaurants around the United States, including L.A.’s République and Moody Rooster. She has also donated prints for fundraisers, including one for Brigaid.

She uses the eye she developed through her architecture training to style the food in her photos. She’ll line up a row of colorful carrots, or place circular slices of candy-striped beets on top one another until they create a dizzying, colorful display, or cut open citrus to expose their inner geometry. Then she’ll share the photos with her 33,000 followers along with tidbits about the people who grew them in a way that is genuine, educational, and fun. 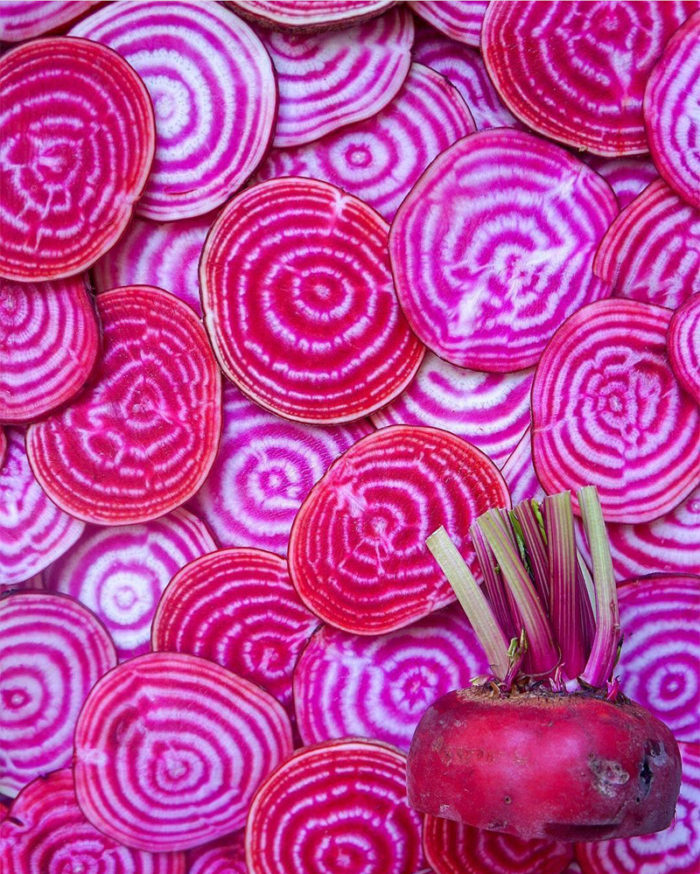 “By using color, she’s able to make something as simple as a single avocado looking visually beautiful and extremely appealing,” says Beverly Friedmann, a NYC-based content manager for consumer websites.

Aaron Choi of San Marcos-based Girl and Dug Farms says that while he’s can’t say for sure if Sokolow’s photographs of their produce has resulted in more sales, it has definitely attracted more Instagram followers for the farm.

“Her work has reached pockets of people who ordinarily wouldn’t browse a farm’s IG posts on their own,” Choi adds.

Sometimes she shoots directly at a farmers’ market, but most of the time Sokolow brings food home to photograph. It can take as long as a week to gather and shoot, as she travels from market to market across the city, seeking out particular items.

“The colors are what really excite me,” Sokolow says. “When you’re growing up, you think carrots are orange and watermelon is pink, but when I find a pink mushroom or I see that there are five different-colored carrots, that is so mind-blowing and exciting.”

After a food shoot, Sokolow cooks up the ingredients or shares them with friends. Her Instagram also features a number of snaps of cakes and other baked goods often topped with dehydrated fruits. She does a lot of dehydrating and drying, for instance, to make citrus chips that she displays on charcuterie boards.

“I’m really a snacker, so it works out very nicely,” Sokolow says.

Sokolow hopes to connect with even more people through her work. “I like to show the beauty that is what’s grown from the earth,” she says. “The farmers do the work. I just cut things open.”