Every man should be worried. At least, I’m worried. 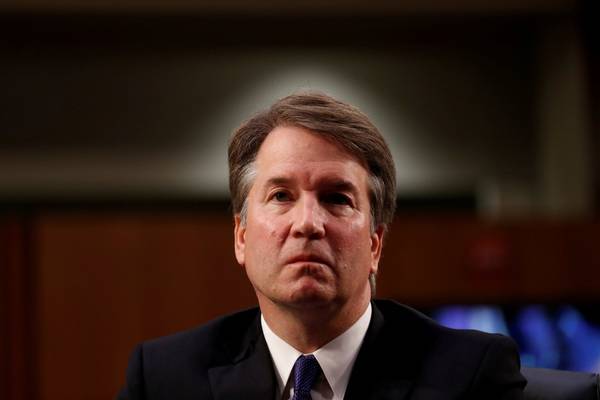 “If somebody can be brought down by accusations like this, then you, me, every man certainly should be worried.”
— A lawyer close to the White House, speaking to Politico

Look, who among us?

If, apparently, a single alleged assault at a single party decades ago is to be frowned upon, then no man is safe, right?

What’s next? You can’t harass a colleague and serve on the Supreme Court? You can’t pick up high schoolers outside custody hearings and serve in the Senate? You can’t have a meat locker full of female femurs and expect to breeze through your confirmation as interior secretary?

How are we going to fill our offices if this is the new rule? I bet you will say I cannot shout at women as they pass on the street before dragging them to a concrete bunker and then still expect to become governor! What next? I’m supposed to make sure everyone I have sex with is willing?

If suddenly, as a country, we decide that violently attempting to assault someone is, like, bad, then that knocks out 98, maybe 99 percent of men, just going off the locker-room talk I’ve heard.

Look, which of us is 100 percent certain all his sexual encounters are consensual? That isn’t most people’s baseline, surely? You’re telling me I am supposed to encounter dozens, hundreds, thousands of women in my life, some drunk and some sober and some with really good legs and just … not assault any of them?

That sounds exhausting. A whole life of that would be excruciating. No, there ought to be some kind of punch card — say, if you treat 65 women with the respect and dignity you would accord any man, you are entitled to one freebie.

No. They are an unintelligible something else. They are to be put on pedestals, as John Kelly urges, or groped, as the president urges. They are impervious to cold, capable of wearing a bikini on the most frigid day to please us; they can run great distances in heels without discomfort; they were created for us from a rib and designed as our companion. If they have wants of their own, there is really no way of knowing. They say words people might say (You would be forgiven for thinking them people), but remember, they do not mean the words they say. If what they said was what they meant, then they have not wanted anything I have ever done to them!

It would just be too terrible if they were people. Then you could not harm them with impunity. Then if you made a mistake (Boys will be boys), you would have harmed a person. Then something else would be at stake in addition to your career, and that cannot be.

Besides, if this is wrong, if you have to go through life inconveniently believing that the other half of the world is made of people, too, then what will boys do for innocent amusement? Who among us was not once 17 and partook in a little roughhousing? How were we to know there was — purportedly! — a person in there? Who cannot, in retrospect, be accused of something dreadful? This isn’t just me, I hope.

No, if this is the rule, no man is safe. Not the man who shouts at you as you walk down the sidewalk, or grabs you, or puts something in your drink. As all men do, I think.

If assault renders a man unfit to serve on the Supreme Court, then how are we to discern the Founders’ intent? I mean, Jefferson, hello? And what is going to become of the presidency? Who wants to live in that world?

Every man should be worried. If boys cannot be boys, then how can boys be men who rise to the highest offices in the land? If this stops being something you can get away with, then will anyone still be above the law?

Every man should be worried.

Alexandra Petri is a Washington Post columnist offering a lighter take on the news and opinions of the day. She is the author of “A Field Guide to Awkward Silences.”