Seeking to support vulnerable populations impacted by coronavirus, the two bills are facing resistance from the White House and some Republicans. 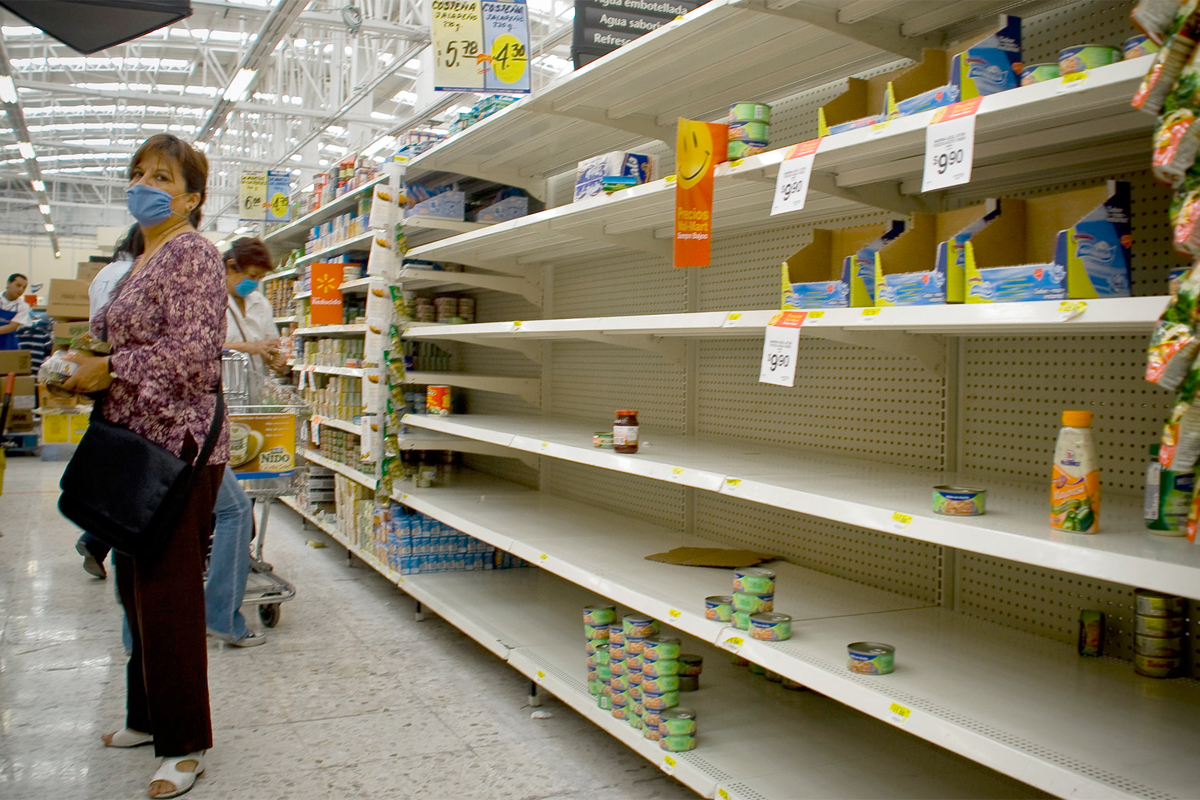 Editor’s note: This is a developing story; Civil Eats will update as the news evolves.

March 16, 2020 update: Early on Saturday, March 14, the House passed the Families First Coronavirus Response Act with strong bipartisan support, and with many of the provisions described in the original article below included.

The final text includes language that gives USDA the ability to waive various requirements that are preventing districts from feeding hungry children while schools are shuttered. As of March 15, at least 64,000 schools have closed, affecting more than 32.5 million students.

On SNAP, the final bill prevents eligibility restrictions during a public health emergency and gives states some flexibility to ask for emergency allotments, but does not directly increase benefits. It also provides an additional $500 million in funding for the Special Supplemental Nutrition Program for Women, Infants, and Children (WIC) program and an additional $250 million for food programs for low-income seniors, through September 2021.

The Senate is expected to take up the bill today. While some Republicans and President Trump have signaled support, its fate is still uncertain.

March 13, 2020, 3pm ET update:In a press conference at 2:00pm ET, House Speaker Nancy Pelosi said the House will be “passing a bill” today. “Our bill takes aggressive action to strengthen food security initiatives including student meals as well as SNAP, senior meals, and food banks,” she said. However, Civil Eats has yet to see a final version of the legislative package, called the Families First Coronavirus Response Act. So it remains unclear which of the provisions on school meals and SNAP benefits (described below, as provisions of separate marker bills) will make it into the final legislation.

March 13, 2020, 11am ET update: As of early Friday, House Majority Leader Nancy Pelosi (D-California) and Treasury Secretary Steven Mnuchin continue to negotiate the package of legislation; a vote in the House of Representatives is expected today. Senate Majority Leader Mitch McConnell adjourned for the weekend on Thursday, but canceled the Senate’s scheduled recess next week, so a vote on the legislative package could happen next week if the House passes the bill.

The original news story begins below.

On Wednesday, House lawmakers introduced an emergency legislative package to address the impacts of the coronavirus outbreak. In addition to testing and sick-leave provisions, the bill attempts to tackle food insecurity by increasing access to federal food assistance and ensuring that low-income students still receive meals when schools close.

“As the coronavirus continues to spread, we must make sure everyone, especially low-income families, have access to nutrition assistance benefits,” said Congresswoman Barbara Lee (D-California), a co-sponsor of the Ensuring Emergency Food Security Now Act, in a press release. “As a former food stamps recipient, I know how important programs like SNAP are during troubled times, and now is the time to expand access, not restrict it. This bill will ensure that our communities’ needs are still being met in a robust way.”

The same day, the World Health Organization (WHO) officially labeled the coronavirus outbreak a global pandemic. And although the number of confirmed cases of COVID-19, the disease caused by the novel coronavirus, is currently at 938 (with 29 deaths), those numbers are expected to rise quickly.

As schools, workplaces, and other public places have been shutting down—for prevention as well as quarantine—many families are packing their pantries. But families living paycheck to paycheck and using Supplemental Nutrition Assistance Program (SNAP) benefits to get dinner on the table each night don’t have the resources to stock up.

“I think what this [crisis] does is it illuminates the most vulnerable populations. That’s kids, hungry people, veterans, seniors, and the working families who rely on the emergency food system every single day, [even] without a crisis,” said Noreen Springstead, the executive director of nonprofit hunger-relief organization WhyHunger. “Losing 20 percent of your stock portfolio feels horrible, but when you can’t feed your child and you’re in survival mode, that feels so threatening.”

The sweeping package of legislation covers a wide range of issues, including guaranteeing paid sick leave for workers and waiving the costs of coronavirus tests. It also addresses food security in two parts, written as marker bills that will be incorporated into the larger, comprehensive legislation.

The Ensuring Emergency Food Security Now Act increases the value of SNAP benefits for recipients through September 2020 and provides the funding needed for states to make those increases. Springstead said the simple approach is “the most effective way” to quickly address the issue, as it will put “money for food and nourishment into the hands of the most vulnerable, who will then use those federal dollars in local stores to generate economic activity.”

The bill also designates extra funding for federal food distribution on Native American reservations and blocks any new SNAP eligibility requirements from going into effect. That provision is meant to prevent the Trump administration’s new SNAP eligibility rules—which are scheduled to go into effect on April 1—from removing an estimated 700,000 people from the program.

Meanwhile, there is growing attention to how students who rely on federal meal programs will continue to eat if more school districts close. Close to 22 million children across the country receive free or reduced-price lunches in public schools. According to Education Week, which is tracking closures, as of March 12, 2,100 schools serving more than 1.3 million students have already closed or are set to do so.

The USDA has begun granting waivers to states to allow them to activate the Summer Food Service Program (SFSP) to feed children and waive the requirement that meals be served communally. However, SFSP only allows meal service in places where at least 50 percent of the student population is eligible for free or reduced lunch, meaning low-income students in wealthier districts would not have access to meals. At a House hearing on Tuesday, U.S. Department of Agriculture (USDA) Secretary Sonny Perdue said the agency would like to offer meals in other areas, but “we don’t believe we have the legal and statutory authority” to do so.

The COVID–19 Child Nutrition Response Act intends to resolve that issue. Sponsored by Representatives James Comer (R-Kentucky) and Suzanne Bonamici (D-Oregon), the bipartisan bill “will create a nationwide waiver authority, allow school officials to distribute food in any number of settings across all nutrition programs, and allow for flexibility on meal components if food supply or procurement is disrupted.”

Maintaining access to “federally funded school meals is going to be critical,” as the situation progresses, Springstead said, and how schools will manage implementing changes to meal service remains to be seen. (At least one district in Seattle that has moved to online classes is using an online ordering and distributed pickup option to get meals to students and their parents.)

Both bills are part of a package that House speaker Nancy Pelosi (D-California) is pushing toward a vote on Thursday. Pelosi has been working on negotiating components of the package with Treasury Secretary Steven Mnuchin, but President Trump said he does not support the legislation, signaling likely Republican resistance in the Senate.

If the legislation does make it through both chambers of Congress and is signed into law, it’s also unclear how quickly the changes will be able to go into effect.

When it comes to something as pressing as vulnerable populations having access to food, representatives like Rosa DeLauro (D-Connecticut) are stressing the urgency. “Too often, people who are living paycheck-to-paycheck are forgotten,” she said in a press release, “and it is exactly at times like these that we must be thinking about them and doing everything we can to help them.”