Column: Your response to Trump’s racist ‘shithole’ comment will be remembered 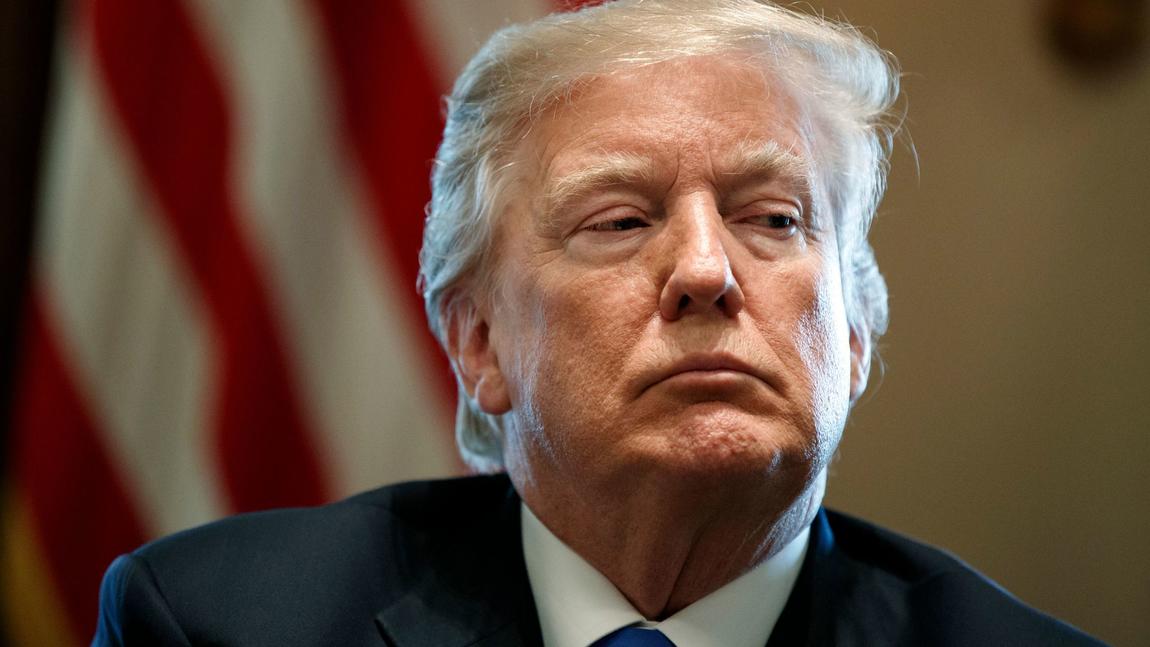 President Donald Trump listens during a meeting Jan. 9, 2018, with lawmakers on immigration policy in the Cabinet Room of the White House in Washington. In a meeting days later, he used profane language when talking about immigration. (Evan Vucci / AP)

What did you say when President Donald Trump referred to Haiti, El Salvador and some African nations as “shithole countries”?

What did you say when the president of the United States followed that comment by suggesting he’d rather see more immigrants from countries like Norway?

Whether now or in the future, you will be asked this question: What did you say?

Did you call out the obvious racism behind those statements? Did you acknowledge that the leader of the free world — by title, anyway — had shown himself to be a white supremacist, casually expressing his dislike of brown-skinned immigrants and preference for white European immigrants?

Were you outraged that such comments from a sitting president were antithetical to the ideals that have always made America a beacon of hope and opportunity?

What did you say?

Did you speak out?

Did you denounce the comments, as Rep. Mia Love, a Utah Republican whose parents came to America from Haiti, did, saying in a statement: “This behavior is unacceptable from the leader of our nation. … The President must apologize to both the American people and the nations he so wantonly maligned.”

Or did you keep quiet?

Take note, because you will be asked. Trump’s has been a presidency filled with jaw-dropping moments of offensive behavior, but this one will stand out over time, both for its profane nature and its naked racism.

So what did you say?

Did you look for excuses? Did you toss out a “Well, what about …” scenario you thought might take the heat off?

Did you scream something about “identity politics” and try to pretend that this is the fault of others, not the fault of the transparently racist old man in the White House?

Did you say he has a point? Did you say, “Well, those countries are shitholes, aren’t they?”

Did you forget how people once described immigrants from Italy and Ireland? Did you forget the words on a plaque at the Statue of Liberty?

“Give me your tired, your poor, your huddled masses yearning to breathe free, the wretched refuse of your teeming shore. Send these, the homeless, tempest-tost to me, I lift my lamp beside the golden door!”

Did you forget those words, or just ignore them? Did you smile about a tax break and say nothing?

Did you not put the pieces together and consider all the other times Trump has shown us exactly who he is?

Did you tamp down memories of his calls for the execution of the Central Park Five, even after the young men, four black and one Latino, were found innocent?

Did you explain away what Trump was implying in this tweet from 2013: “According to Bill O’Reilly, 80% of all the shootings in New York City are blacks-if you add Hispanics, that figure goes to 98%. 1% white.”

Did you disregard his years-long birther crusade against the nation’s first black president? His description of Mexican immigrants as rapists and criminals? His regular criticism that immigrants coming from predominately nonwhite nations are examples of those countries’ “worst people”?

Did you not let yourself see the pattern? Did you twist logic into knots and blame it on the media? On political correctness?

What did you say when our president called other countries “shitholes” and you had to shield your children’s ears from profanity on the nightly news?

What did you tell your children about this moment? How did you explain the president’s words?

Tell me, what did you say? Mark it down, let it be known. Because you will be asked this again someday.

And if you stayed silent, if you made excuses, if you tried to fool yourself into believing this is appropriate presidential behavior, if you let it slide because this presidency might somehow line your pocketbook, then you will be remembered as complicit, as one who stood by and let America’s decency get dragged through the mud.

And if you laughed, or if you smiled, or if you nodded your head in agreement, you will be remembered just as Trump will: as a racist, a fool and an absolute embarrassment.