Mike Scott, Opinions expressed by contributors are their own. May 8, 2018 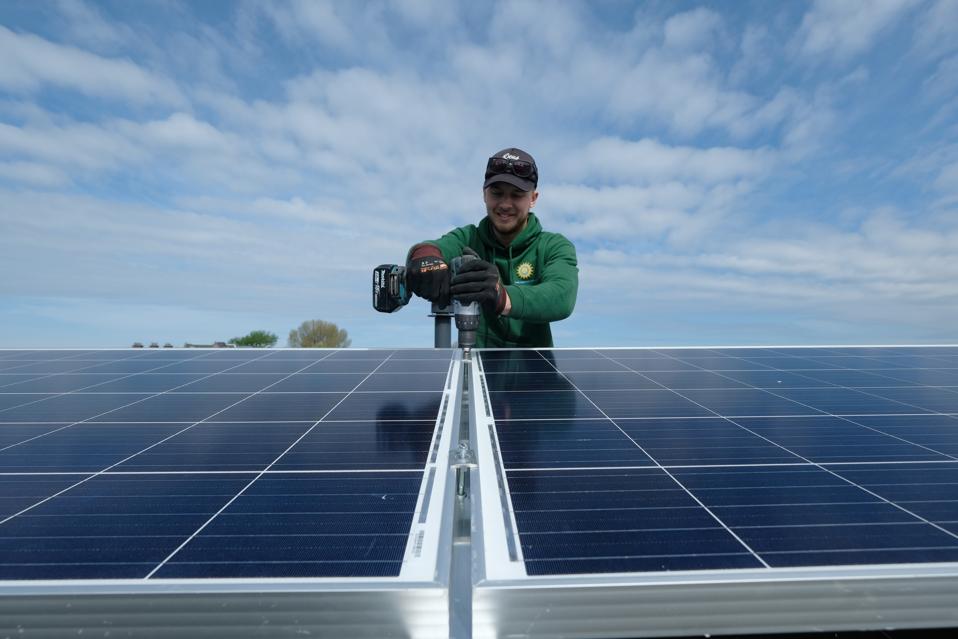 A worker installs solar panels atop a house in the Netherlands. (Photo by Yuriko Nakao/Getty Images)

More than half a million jobs around the world were created in the renewable energy sector in 2017 , bringing the total number of people employed in the sector to more than 10 million for the first time.

Figures from the International Renewable Energy Agency (IRENA) show that more than 70% of clean energy jobs are in just six countries – China, Brazil, the US, India, Germany and Japan – suggesting the sector has significant scope to continue growing in years to come.

IRENA’s fifth Renewable Energy and Jobs – Annual Review showed that the sector employs 10.3 million workers, with 60% of jobs in Asia. “Although growing numbers of countries are reaping the socio-economic benefits of renewables, the bulk of manufacturing takes place in relatively few countries and domestic markets vary enormously in size,” IRENA said.

“ Renewable energy has become a pillar of low-carbon economic growth for governments all over the world, a fact reflected by the growing number of jobs created in the sector,” said Adnan Z. Amin, director-general of IRENA.

“The data also underscores an increasingly regionalised picture, highlighting that in countries where attractive policies exist, the economic, social and environmental benefits of renewable energy are most evident,” he continued. “Fundamentally, this data supports our analysis that decarbonisation of the global energy system can grow the global economy and create up to 28 million jobs in the sector by 2050.”

The biggest sector is the solar photovoltaics industry, where the number of jobs grew by almost 9% to 3.4 million, two thirds of them in China. The top five countries, which also include Japan, the US, India and Bangladesh, have about 90% of the world’s solar PV employees.

The next biggest sector, wind, has just a third of the workers found in PV at 1.15 million, with 84% of all wind jobs based in China, Europe or North America. The wind industry remains highly concentrated geographically, with half of the 10 countries with the highest installed capacity in Europe. This is in part because the sector originated there, and in part because it has been the first part of the world where wind farms have spread from the land to the seas around its coastlines.