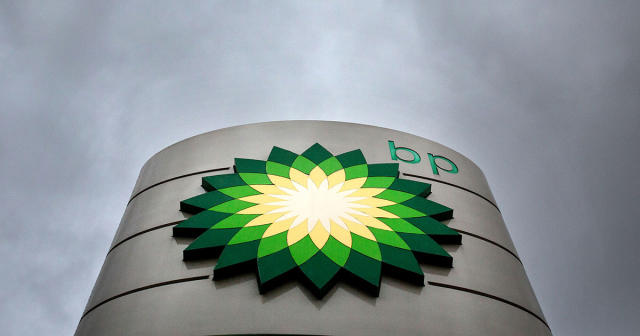 (Bloomberg) — Oil companies are under increasing pressure to bring fuel to market faster and cheaper, leading BP Plc to conclude some of its resources “won’t see the light of day,” according to its head of strategy.

Some of the “more complicated to extract” resources in the British oil major’s portfolio may have to be sold or stay in the ground, said Dominic Emery, the company’s group head of strategy. They’re going to be too expensive and too time-consuming to get out, and the industry is under pressure to shorten the duration and size of projects, he said.

Part of the shift is due to climate change, which has caused investors to pressure BP to stick to lower-carbon projects. It’s also due to an oil price that’s half what it was five years ago, meaning some projects “simply don’t make money.”

“There are classes of resources that are kind of much further out and more complicated to extract,” Emery said in an interview. “There’s no doubt that some of those resources won’t come out the ground.”

Emery didn’t quantify the volume of BP’s resources that may stay put. The oil major said in an investor presentation last year it has 25 billion barrels of resources, 40% of which have been “booked and proved.” Emery said only unproved oil resources are at risk of being stranded.

While he also didn’t clarify which resources are the most complicated to extract, research from consultants Rystad Energy AS and Wood Mackenzie Ltd. tend to point to ultra-deepwater, remote or extremely carbon-heavy projects, such as oil sands, as the longest-term and most expensive.

A report from Wood Mackenzie showed that under a business-as-usual scenario, the call on oil that hasn’t yet been discovered will reach 16 million barrels a day by 2040. In that context, current spending on exploration “looks about right” to meet demand.

However, under a scenario where the world cuts carbon from the energy system faster, the adoption of electric vehicles, biofuels and other competing energy sources may cut two-thirds of that oil demand. The report recommended companies stick to projects with shorter time horizons.

To cope with the risk, BP has limited exploration spending and is mostly focused on investing in shale and fields near existing infrastructure, Emery said. He added that it isn’t necessarily the end for oil mega-projects, but there will probably be fewer of them in the future.

BP’s position reflects spending in the industry overall, which slowed down sharply after an oil-price crash in 2014 and has plateaued over the past three years, according to data compiled by Bloomberg Intelligence.

In May, BP agreed to a request from its shareholders for greater detail on how each new capital investment decision is in line with the Paris climate accord, an international agreement that seeks to limit global warming to less than 2 degrees Celsius. During its annual general meeting, some shareholders suggested they’re pushing behind-the-scenes for BP to stick to cheaper projects. Cost can be a proxy, albeit imperfect, for projects that have a lower carbon intensity.

Emery said BP “has been working on that over the last few months” to fulfill the request and will share some initial results later this year.

(Updates with information on industry spending in 10th paragraph.)

To contact the reporter on this story: Kelly Gilblom in London at kgilblom@bloomberg.net

To contact the editors responsible for this story: James Herron at jherron9@bloomberg.net, Helen Robertson, Alaric Nightingale