Americans are buying everything they can get their hands on, and they’d be buying even more if it weren’t for those pesky supply-chain snarls, the National Retail Federation said.

“Spending might have been higher if not for shortages of items consumers are eager to purchase,” Jack Kleinhenz, the NRF’s chief economist, said in a statement issued on Friday.

Those shortages seem so ubiquitous that the term “everything shortage” is now being used liberally to describe consumers’ frustration as they try to get goods of all sorts: paper towels, milk, toys and more.

Yet claims that the country is running short on everything miss a key point. America has, in fact, imported an immense amount of stuff in the past eight months. And that’s part of the reason we’re in the midst of an epic supply-chain congestion. 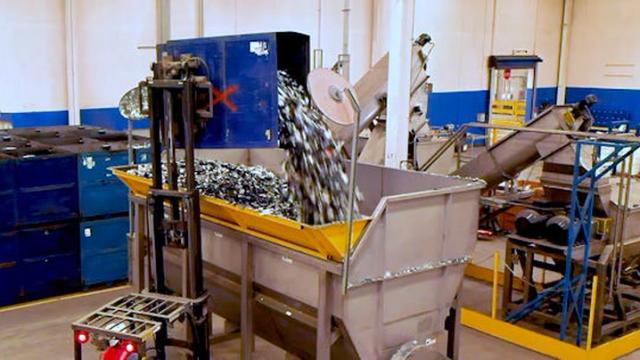 Where 6 things go after they’re discarded

Have you ever wondered what happens to something after you throw it away? The answer might surprise you. Our waste ends up in landfills, processing plants, and recycling centers all over the world. Here’s where computers, avocado pits, and more go after they’re discarded. For more, visit: Tires into electricity:

We imported more stuff … then we bought it

To understand the situation, consider the country’s inventory to sales ratio. This metric, tracked by the US Census Bureau, compares how much stuff sellers have on hand to how much stuff consumers are buying. The ratio is at a 10-year low, which indicates that we’re low on stuff.

But the Port of Los Angeles reported a 30% uptick in incoming cargo in the first nine months of this year. (Important note, most of nonfood goods sold in the US come from abroad.) The Port of Charleston, South Carolina, has been breaking all-time records since March. Prologis, a major industrial real-estate player, is “effectively sold out” of warehouse space.

All of that means that the inventory to sales ratio isn’t low because the US is short on stuff. It’s low because sales have gone completely nuts.

In the first nine months of 2021, retail sales were up 14.5% over the same period in 2020 – a year in which retail sales jumped 8% over 2019. The NRF expected to end the year with sales up 10.5% to 13.5%. Lots of imports and even more spending have driven the inventory to sales ratio down because businesses imported a lot of stuff, and then Americans bought it.

“Today’s retail sales data confirms the power of the consumer to spend, and we expect this to continue,” Matthew Shay, NRF’s CEO, said in a statement.

What do we do now

This isn’t to say true shortages don’t exist. The semiconductor supply could lag behind demand for years. Furniture makers are short on foam.

But most products that shoppers want to buy this holiday season don’t face a true shortage of one of their fundamental components. They instead have transportation problems somewhere along the long path from Asia to the US.

Warehoudes are full, ports are jammed, transportation prices are at record highs. The Biden administration felt compelled to work out extra hours of operation at America’s busiest port (which supply-chain experts expected to have limited effect).

If supply chains were a bathtub with a clogged drain, turning off the spigot would help avoid an overflow, right?

If demand for stuff slowed down, or production at the source did, the tub would take hours or days to fill rather than minutes. Supply-chain professionals joke that power cuts to Chinese factories could help the situation because at this point that’s the only plausible decrease in the water pressure coming anytime soon. It’s in part a jest because that’s one of the few things that could realistically, if temporarily, slow down the American consumer at this moment.