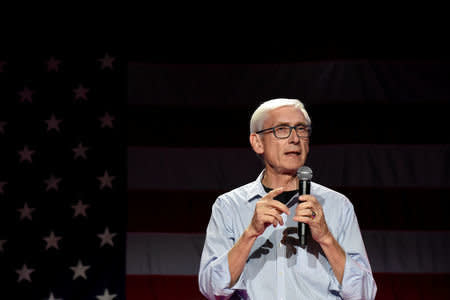 To the east, Michigan’s GOP legislators are looking to limit the power of the state’s attorney general and secretary of state over lawsuits and campaign finance reforms. Democrats will take over from Republicans in the two offices.

In both states, the lawmakers are mimicking what happened in North Carolina in 2016, after Gov. Roy Cooper, a Democrat, ousted Republican Pat McCrory. Before Cooper took office, the GOP-dominated Legislature moved to limit his power to make appointments, and it has since consistently tried to alter election rules to help Republicans. Cooper has managed to successfully fight some of the changes with lawsuits.

Michigan, Wisconsin and North Carolina are all presidential battlegrounds, and in all three states district lines for House and state legislative seats have been heavily gerrymandered to favor Republicans. The GOP continues to control both chambers of the legislatures in each state, and Republican leaders want to limit the ability of Democrats to undercut the advances they have made in their conservative agendas.

The last election changed the state in a way that apparently the Legislature has decided to not accept. Wisconsin Gov.-elect Tony Evers (D)

For now, the situation in Wisconsin is most alarming to Democrats.

“The last election changed the state in a way that apparently the Legislature has decided to not accept,” Evers said Monday in Milwaukee.

Evers, who defeated two-term Gov. Scott Walker, and his allies remain hopeful the GOP proposals won’t pass and get signed into law, but some progressive groups have already begun discussing lawsuits.

In an interview with a conservative talk radio host, Wisconsin’s state Senate majority leader was blunt when asked why the changes were necessary: to water down the power of the governor’s office before Evers is in the job.

“We trusted Scott Walker and the administration to be able to manage the back and forth with the Legislature,” Sen. Scott Fitzgerald said, calling Democratic protests “manufactured outrage.”

He added, “We don’t trust Tony Evers right now in a lot of these areas.”

A key Wisconsin legislative committee held a hearing on the bills on Monday, and a vote could come as early as Tuesday. While the GOP has a large majority in Wisconsin’s Assembly, they have a much smaller margin in the Senate, where just two Republican defections could doom the legislation. The state’s chapter of Indivisible and other grassroots groups are organizing protests and putting pressure on GOP senators from swing districts.

Barry Burden, a political science professor at the University of Wisconsin and the director of its Elections Research Center, said Republicans were “shocked and dismayed” after losing all five statewide races this fall.

“What the Republicans have left is the Supreme Court and the state Legislature,” he said in an interview. “The moving of the primary is a way to protect a conservative justice on the Supreme Court, and they’ve said that very openly. There’s nothing secret to them about that. That’s the plan.”

Burden said that if the Republicans were successful in jamming through the last-minute changes, it could set an alarming precedent for lawmakers when future changes in statewide offices occur.

“It’s terrible. One of the things that the Senate majority leader said today is that they were doing these things because they didn’t trust the incoming governor. Well, doing these kinds of things actually sows mistrust,” he said.

Efforts “to try to ram through a bunch of things before (a new governor) can even have a say”is going to “taint relations between the legislative branch and the executive branch immediately,” he said. 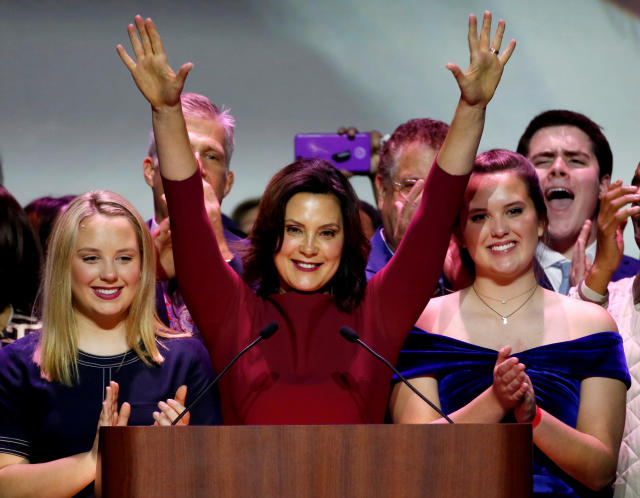 Democrats are more hopeful they’ll be able to stop the proposed changes in Michigan, where Gov.-elect Gretchen Whitmer won her race by a healthy margin and where outgoing GOP Gov. Rick Snyder has stayed neutral toward the Republican legislation.

It was the Republican effort in North Carolina to strip power from Cooper before he took office that provided a model for Wisconsin legislators to borrow from, said Jay Heck, the executive director of the Wisconsin chapter of Common Cause, a good government group.

“The fact that North Carolina was able to do that to… Cooper and that the lame-duck Republican [governor] was there long enough to be able to sign some of the legislation to curtail some of the power of the new governor… I think this was something that the Republican legislative leaders looked at” in Wisconsin, he said.

The Democratic Governors’ Association, which spent heavily to help elect Evers and Whitmer, predicted the GOP attempts to curtail the new governors’ would prove self-defeating.

“These legislatures are the worst kind of sore losers. When your football team loses the game, you can’t change the rules to make a field goal worth 10 points instead,” said Jared Leopold, the group’s communications director. “But that’s exactly the dangerous game that Republican legislatures are playing. This amounts to political self-sabotage: These illegal actions will be thrown out in court, while damaging the states’ reputation and economies.”