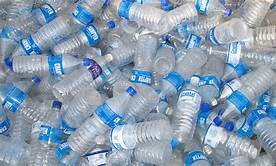 It seems nearly impossible to escape plastic in our every day lives, doesn’t it?

And we can’t escape plastic pollution, either.

Plastic is literally at my fingertips all day long. Plastic keyboard. Plastic framed computer monitor. Plastic mouse. The amount of plastic I encounter daily doesn’t end there. Chances are, you can relate. Plastic is an epidemic.

If you think your city needs a Mr. Trash, SHARE THIS VIDEO!

But where does all this plastic go? We ship some of it overseas to be recycled. Quite a bit ends up in landfills. And more than you can imagine ends up on the loose as plastic pollution, eventually making its way into our waterways.

Tiny plastic beads used in hundreds of toiletries like facial scrubs and toothpastes have even been found in our Great Lakes—the largest group of freshwater lakes in the world! Giant garbage patches (one twice the size of Texas) can be found floating around in the oceans. And all this plastic pollution is not only a problem for the earth, it’s bad for our health.

Here are 10 Ways to “Rise Above Plastic: