Why The GOP Has Followed Trump Off The Deep End 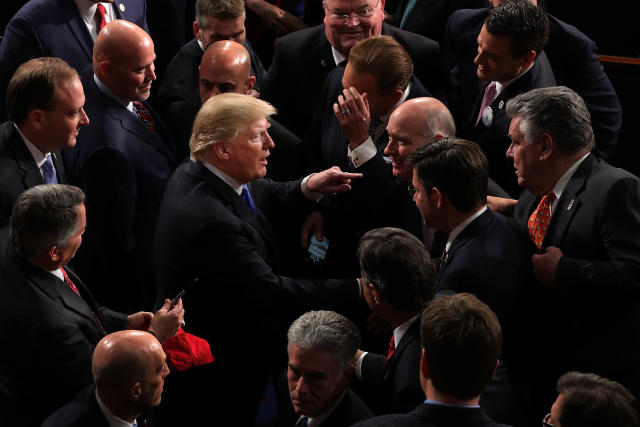 In the real world, evidence mounts that President Donald Trump has striven to obstruct the Russia investigation ― not least by attempting to fire Special Counsel Robert Mueller. Yet his party plunges ever deeper into a fever swamp of fantasy.

There hallucinations breed. The hitherto impeccable Mueller is conducting a partisan witch-hunt. Spearheaded by a “secret society” within its ranks, the FBI conspires against Trump. To cover their tracks, the conspirators destroyed damning text messages ― until the messages were found. Yet another conspirator, Deputy Attorney General Rod Rosenstein ― a Republican Trump appointee and Mueller’s superior ― “improperly” extended surveillance of a Trump campaign operative who, beyond dispute, had extensive contacts with Russian officials.

Unsatisfied with free-floating hysteria, congressional Republicans have now voted to release a memo, written by GOP congressional staffers and cherry-picked from classified information, that supposedly documents the FBI’s bias. Never mind that a senior official in Trump’s own Justice Department has said that releasing the memo would be “extraordinarily reckless.” Or that the FBI, headed by another Trump appointee, Christopher Wray, publicly stated that “we have grave concerns about material omissions of fact that fundamentally impact the memo’s accuracy.” Or that the memo is a transparent effort to derail the investigation ― including by providing a pretext for firing Rosenstein as a prelude to filing Mueller.

For Trump’s Republican acolytes, only one thing matters ― their leader wants to advance the specious storyline weaponized by this memo to protect himself from investigation, the rule of law be damned. Disdaining the anguished protests from the DOJ and FBI, Trump has authorized its release. And so the GOP propels us toward a constitutional crisis by enabling an American president to attack our system of justice.

This craven embrace of mendacity and autocracy is startling, yet, on reflection, not surprising. Nor is there any apparent limit. For the Republican thirst for political Kool-Aid did not begin with Trump.

His lies and self-absorption have eroded America’s communal sense of fact and probity, degrading our expectation of what a president should be. Yet, given numerous opportunities to choose country over party, reason over fantasy, the leaders of his party have remained supine, unable or unwilling to challenge the false narratives which animate a base whose devotion to Trump renders them impervious to his most egregious conduct.

Why? Long before Trump, ever more Republicans became addicted to fact-free narratives through which one right-wing cult or another mesmerized the party faithful. From this petri dish of unreason came Trump’s implacable army, propitiated by Republican officeholders who now cynically embrace his slanders against the FBI. The GOP has become a credulous coalition rooted in magical thinking and unreasoning resentment ― the perfect seedbed for a toxic Messiah who creates his own reality. 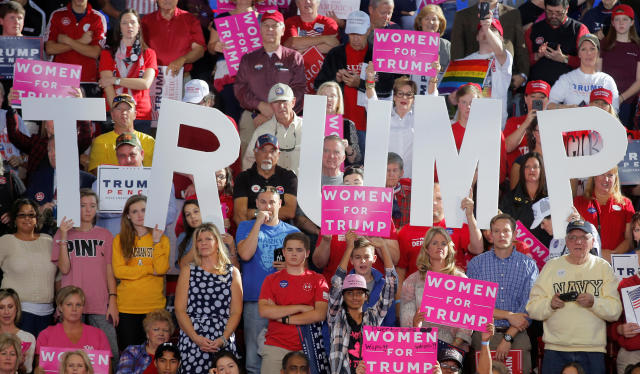 Take fundamentalists. Roughly one-third of Republican voters are evangelicals, whose core theology demands unwavering belief in the fantastical ― that the Bible is literally true ― and, therefore, the rejection of reason and science.

The Republican Party platform enshrines this religious extremism, excoriating “environmental extremists,” forbidding the EPA to regulate carbon dioxide, rejecting the Paris climate accord, and defunding the U.N. convention on climate change. It fuels a war on America’s public schools, through which radical evangelicals seek to undermine climate science. It embraces homeschooling. It insists that “man-made rights,” like reproductive rights and legal protection for gays and lesbians, are subordinate to “God-given rights” ― defined, of course, by theocrats.

By adopting the worldly grievances of Republican evangelicals, Trump, the self-confessed groper and libertine, has earned their unquestioning obeisance. Thus his embrace of the notional “war on Christmas,” exploiting evangelicals’ sense of persecution by a secular elite. But Trump also plays to the theological, in which unwavering support for Israel arouses evangelical extremists who believe in the End of Days ― a dismal prophecy which requires the slaughter of Jews in Israel as a precursor to Christ’s return.

This incongruous bond creates its own reality. A recent Quinnipiac poll showed that two thirds of Americans believe that Trump is not a good role model for children. But not Republicans ― 72 percent, no doubt including most evangelicals, assert that Trump is a superior role model for America’s youth. When it comes to repelling Mueller by peddling fake conspiracy theories, such credulity augurs a ready audience of true believers.

Quinnipiac: His incessant lies, divisiveness, attacks on the press, charges of fake news, and contempt for law – rather than hurting him – resonate with the majority of Republicans.

Equally indispensable to Trump’s survival is the cult of whiteness. This hardy perennial lodged within the GOP upon the passage of the civil rights laws of the 1960s ― a compound of racism and insecurity through which whites fear a rising tide of blacks, Hispanics and immigrants who threaten their jobs, safety, and social dominance. In 2016 this festering tribalism metastasized, cementing the party’s dependence on a white minority for whom anxiety transcends all.

Rapturously, white Republicans cheered a candidate who questioned the citizenship of our first black president; implied that millions of blacks and Hispanics were committing voter fraud; falsified the crime rate among African-Americans and undocumented immigrants; and promised mass deportations, a border wall and drastic cuts in legal immigration. Emboldened, he called for a Muslim registry at home and a ban on Muslims from abroad, asserting that thousands of Muslims in New Jersey had celebrated 9/11.

Transparently, these lies and distortions mainstreamed bigotry. But that was the point ― gaining Trump and his party a greater share of voters driven by racial animus. He succeeded. No evidence of obstruction or collusion with a foreign adversary can dispel the racial angst our president repeatedly roils to cement their allegiance.

Similarly, Trump exploits white paranoia’s armed cousin ― the GOP’s cult of gun worship. Since 1968, firearms have claimed the lives of more Americans than all the wars in our history. Yet every massacre of innocents spurs elected Republicans to parrot the NRA’s murderous myth ― that the only solution to gun violence is to arm every American with whatever weapon of war most arouses their fantasies.

Within the NRA, fantasies abound ― not least that well-armed citizens routinely protect Americans from an onslaught of predators. So who are these statistically modest menaces? In speeches, blogs and broadcasts, the NRA implies the answer ― minorities.

With unequaled ferocity, the NRA supports a president who promised to end the “eight-year assault on your Second Amendment freedoms.” It’s a very short distance from an imaginary government plot to disarm gun owners to one intended to disempower Trump.

The Tea Party’s stated concern is deficit reduction, but their real program is anger ― at immigration reform, gay marriage, the media, the social safety net and, especially, the federal government. Little wonder that the leader of the Freedom Caucus in the House is ready to attack the institutions of government so displeasing to Trump, proclaiming his shock at the conspiratorial FBI depicted in his colleagues’ bogus memo.

In Rand’s Hobbesian America, only the creative selfishness of unfettered capitalists can rise above our collective mediocrity. This is libertarianism run amok, empowering wealthy donors who see government as their adversary ― unless it’s their tool. This ethos of Mammon suffuses Republican policies promoting unlimited campaign donations, deregulation and, most recently, Trump’s tax bill.

To further delude the base, Republicans resuscitated the hoary myth central to their donor-driven worldview: that tax cuts pay for themselves or, at least, offset much of their costs by stimulating economic growth. This GOP Tax Fairy has been thoroughly discredited by Republican economists and, more importantly, by economic history. No matter ― the legislation passed. Now the donors who finance Republican officeholders are bonded to the president who signed their dream bill into law. 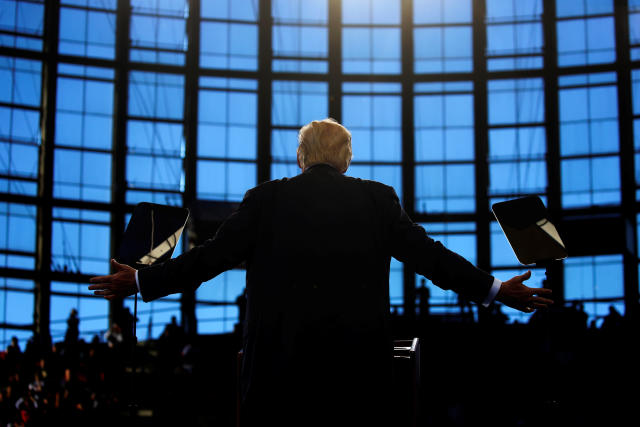 As we are now seeing ever more clearly, the psychic glue that unites many of these groups is an instinctive authoritarianism. In 2016 a survey group of Republican primary voters was asked which traits are most important in raising children: independence or respect for elders; curiosity or good manners; self-reliance or obedience; being considerate or being well behaved.

Half the Republicans who chose the second ― or authoritarian ― answer supported Trump. Analyses by George Lakoff and Amanda Taub amplify these findings. Their essence is that Trump’s distinctive persona satisfies a craving for authority which is particularly strong among evangelicals, those who feel economically and socially threatened, and white Republicans of limited education.

These groups respond to promises of direct action to impose clear and simple solutions. Trump’s relentless demagoguery gives anxious Republicans the empowering sense that a patriarchal leader will repel their enemies ― a  visceral connection intensified by the fear of terrorism. Thus his gratuitous attack on black athletes who protested during the national anthem, a ploy calculated to strike every emotional chord.

By instinct and design, Trump is profoundly authoritarian. He has succeeded in casting himself as the one-man-fits-all solution to the resentments roiling a party pre-conditioned to fantasy and myth. Thus his incessant lies, divisiveness, attacks on the press, charges of fake news, and contempt for law ― rather than hurting him ― resonate with the majority of Republicans who, according to polls, support “punishing biased or inaccurate news media, even if that means limiting the freedom of the press.”

For his followers, Trump is their mystical leader, a human Powerball ticket. It scarcely matters that he behaves less like an American president than a Russian asset. According to a December poll, only half of Republicans believe our intelligence community’s assessment that Russia interfered in our 2016 election, and a mere 10 percent believe what appears more and more obvious ― that the Trump campaign colluded with Russia.

Terrified of their wrath, Republican legislators and their propagandists at Fox News are rushing to help Trump bury the facts by attacking what he calls the “powerful forces in Washington trying to sabotage our movement.” Effectively, they are encouraging Trump to conceal his apparent obstruction of justice by further obstructing justice ― all to thwart investigation of the ties between  America’s president and our leading foreign adversary.

Faced with a rogue president whose sole loyalty is to self, our constitutional defense is impeachment. There are ample grounds, not only in his unfitness for the presidency but his contempt for its obligations and constraints. But there is seemingly no limit to the devotion of his cult, no depths to which a critical mass of elected Republicans like Speaker Ryan won’t sink to serve their narcissistic Messiah. The honorable men who resist ― like Sens. Jeff Flake and Bob Corker ― have been driven to the margins of power.

The lesson is indelible: We will not escape Trump’s thrall until Americans reject the party that spawned him.

Richard North Patterson is the New York Times best-selling author of 22 novels, a former chairman of Common Cause, and a member of the Council on Foreign Relations.