Doug Jones’ victory in Alabama’s special Senate election Tuesday night upset the status quo in his state in many ways ― it put a Democrat from Alabama in the U.S. Senate for the first time in 25 years, and it showed off the political clout of Alabama’s black voters.

But amid the tumult of the special election, one thing did not change. White evangelical Christians, longtime supporters of Jones’ Republican opponent Roy Moore, decided en masse to stand by their man.

According to exit polling conducted by Edison Research, 80 percent of white voters who self-identified as born-again or evangelical Christians voted for the former judge. About 18 percent voted for Jones, while another 2 percent chose to write in a candidate.

About 76 percent of everyone else ― those who didn’t identify as white evangelical Christian ― voted for Jones.

A small number of evangelicals appeared to sit out the election. Evangelicals claimed 44 percent of the total vote in Alabama, The Washington Post reports, even though they made up 47 percent of voters in the 2012 and 2008 presidential elections.

Overall, white evangelical support for Moore in Alabama stayed strong ― despite sexual assault allegations that threatened to damage his reputation in national evangelical circles. The exit poll results echoed the overwhelming loyalty that white evangelical Christians across the nation showed the Republican Party during the 2016 election, when about 81 percent voted for President Donald Trump. 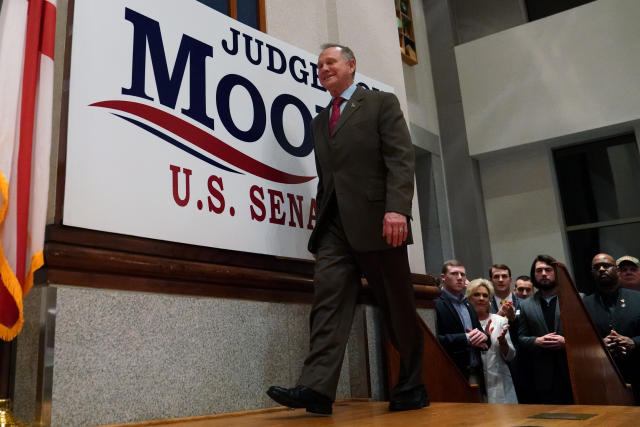 Moore has been a favorite of white evangelicals in his state for quite some time. He’s earned a reputation of being a Christian nationalist, someone who believes that America is a Christian nation favored by God, and that the government should advocate Christian, or more specifically, conservative Christian, values. Moore’s belief that God’s law trumps secular law fuels his approach toward governing, and has gotten him in legal trouble multiple times in the past. He was booted from his post as Alabama’s chief justice twice for refusing to follow federal laws that he believed contradicted his religious beliefs.

Rev. Carolyn Foster, a deacon at St. Mark’s Episcopal Church in Birmingham, was one of dozens of progressive Christian ministers in Alabama who signed a letter in November opposing Moore’s candidacy.

On Wednesday, Foster told HuffPost that she believed the white evangelical voters who supported Moore during the election were “blind and deaf” to their own unconscious bias.

“Roy Moore represented to them a time long past ― when blacks and women knew their place and Latinos and Muslims were not even in their sphere of existence,” Foster told HuffPost in an email. “This type of exclusionary and oppressive form of Christianity distorts the witness of the Church to love neighbor as self. Faith is about attaining love, peace and justice together and never at the expense of another.” 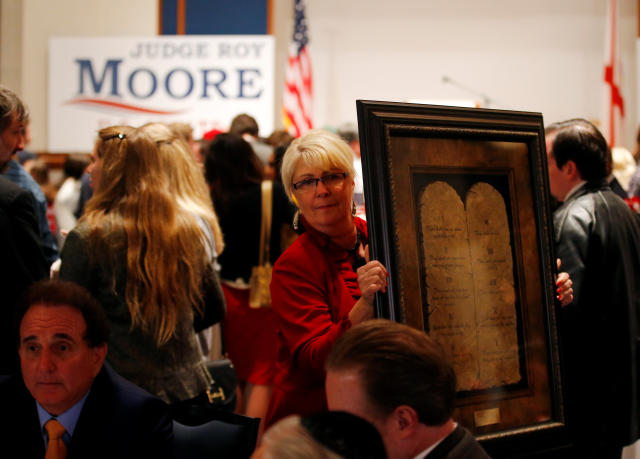 Adam Mixon, pastor of the Zion Spring Baptist Church in Birmingham, signed the letter opposing Moore. He said he believed Republicans were compromising their claim of being the party of “family values.”

“Family values seem not to matter as much as the present conservative agenda. Deep spirituality and faithfulness seem to have been set aside for a pragmatic, ‘win-at-all-cost’ approach,” Mixon told HuffPost in an email. “Whatever leverage white evangelicals may have waged with their appeal to ‘family values’ has been damaged and their witness is bereft of any real consistency.”

The unwavering support of Alabama’s white evangelicals, particularly after the emergence of sexual assault allegations against Moore, has troubled some national leaders.

In an editorial written before the election, Mark Galli, editor-in-chief of the faith-based publication Christianity Today, stated that no matter the outcome, the biggest loser in the race would be the Christian faith itself.

“When it comes to either matters of life and death or personal commitments of the human heart, no one will believe a word we say, perhaps for a generation. Christianity’s integrity is severely tarnished,” Galli wrote.

Christian commentator Peter Wehner wrote that the support many Republicans and white evangelicals were giving to Trump and Moore has caused him to rethink his identification with both groups.

“Not because my attachment to conservatism and Christianity has weakened, but rather the opposite,” he wrote in an op-ed for The New York Times. “I consider Mr. Trump’s Republican Party to be a threat to conservatism, and I have concluded that the term evangelical — despite its rich history of proclaiming the ‘good news’ of Christ to a broken world — has been so distorted that it is now undermining the Christian witness.” 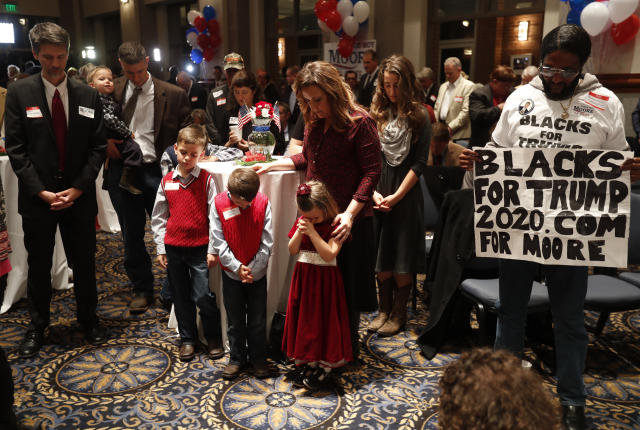 Although polls demonstrated white evangelical Christians’ loyalty to Moore and to the Republican Party, black Christians had a decidedly different take.

Mixon said that black Baptists in his state tended to be very conservative morally and religiously, but progressive on political issues. He compared black Christians in his state to prophets in the Bible who, because of their position at the margins of society, had a better and clearer view of its ills.

“I believe this is the gift and the burden that black Christians and other Christians of color have been forced to bear for the duration of our national past,” he wrote. “Our suffering has proven redemptive for a nation that has often failed to live up to its creed ― that all people are created equal! We are the canaries in the mines.”

Foster said that black voters’ presence at the polls on Tuesday should be a “wake up call” for Alabama.

“Black Christians rose up and said, ‘No more.’ They made the difference in this election,” Foster wrote. “Blacks have always found strength in the church. That strength showed up at the polls and I believe will continue to move out into the community in the days ahead.”

This article has been updated with comments from Adam Mixon.