Where You Live In America Determines When You Die

Where you live shouldn’t determine how long you live. 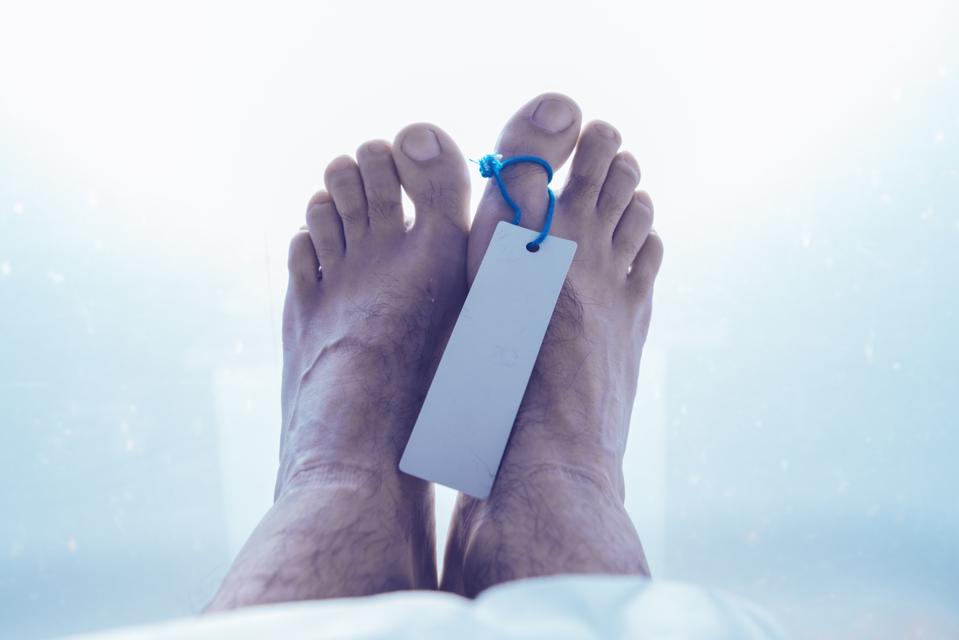 Debates over income inequality divide liberals and conservatives. In the last few decades, income inequality has soared in the U.S. In the 1950s, the top 1% of Americans brought home about a tenth of the country’s income. By 2012, those 1% ers accounted for almost a quarter.

Only a minority of Republicans are troubled by these statistics, versus three-quarters of Democrats. We are a nation divided—in wealth and in politics. But perhaps another kind of American inequality can bridge this partisan divide—a life expectancy gap.

Consider the facts. The average life expectancy in the U.S. is almost 80 years. But that average obscures enormous differences based on where people live. In some U.S. counties, life expectancy is close to 90. But in others, people are lucky to live to 65. Here is a map showing life expectancy in different parts of the U.S.: 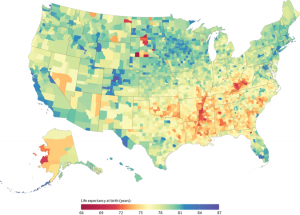 Life Expectancy at Birth by County, 2014

It doesn’t bode well for a lengthy retirement in the rural southeast.

Worse yet, inequality in life expectancy is growing. In 1980, just before income inequality accelerated, life expectancy differed by about 8% across different parts of the country; the gap has risen to almost 11% since then (graph A): 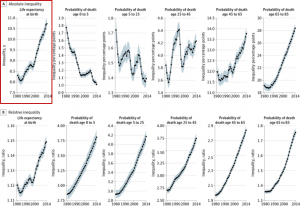 Absolute and Relative Inequality Among Counties in Life Expectancy and Age-Specific Mortality Risks, 1980–2014

Democrats are troubled by these inequalities, equality of health being a priority for many liberals. But Republicans should be troubled, too; the right to life is cherished by many conservatives, so the opportunity to live a long and healthy life should matter to them.

Both liberals and conservatives strive for an America that gives people equality of opportunity. They should come together to acknowledge the unacceptability of these enormous differences in life expectancy. It won’t be easy to find solutions we can all agree upon, but our search for such solutions will be easier if we come together across the political spectrum and agree that our country has a problem.